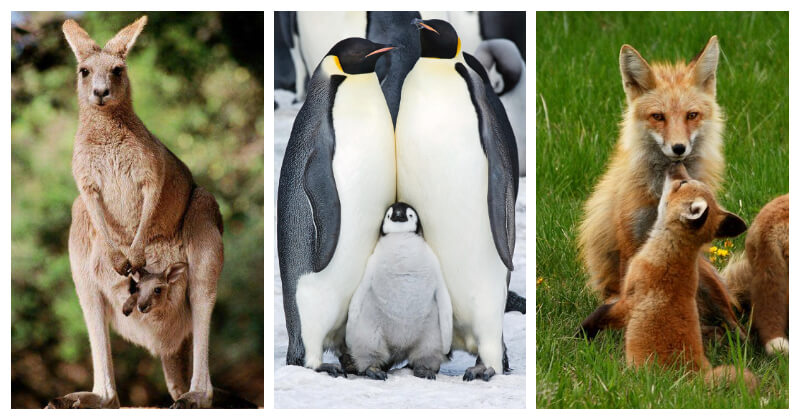 There is one common thing in every species on Earth, including humans, which is the unconditional love of animals and their babies. In consequence, the most adorable moments are when parents take care of their offspring. Especially in the wild, their bonding gets stronger as life may be a lot harder. In this post, let’s take a closer look at these fascinating scenes. A dolphin cow only gives birth to one single calf a time. Unlike most mammals, its tail goes out first to prevent it from being drown. Just like other mammals living on land, a calve will feed on their mother’s milk until it is able to catch fish. It is incapable of swimming from birth, otherwise still needs protection from its mother. After 3 to 6 years, it will learn how to hunt, preserve its territory and keep itself from danger under the sea. 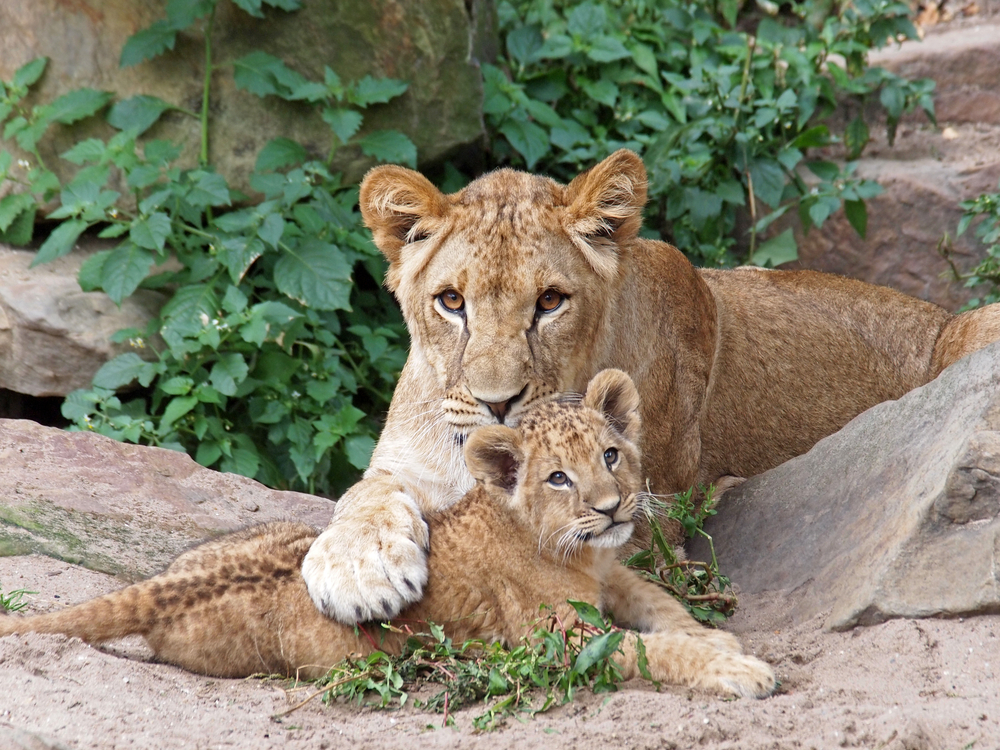 This female African lion is spending her time with her toddler. From born to 1 year old, a lion cub is definitely dependent on its mother. Its mother would go hunt and feed its cub until it develops and is fully ready to hunt. Growing up, a sub-adult lion will take another 2 or 3 year to learn all these hunting skills. Afterwards, it will choose to maintain in its pride or leave to live separately. 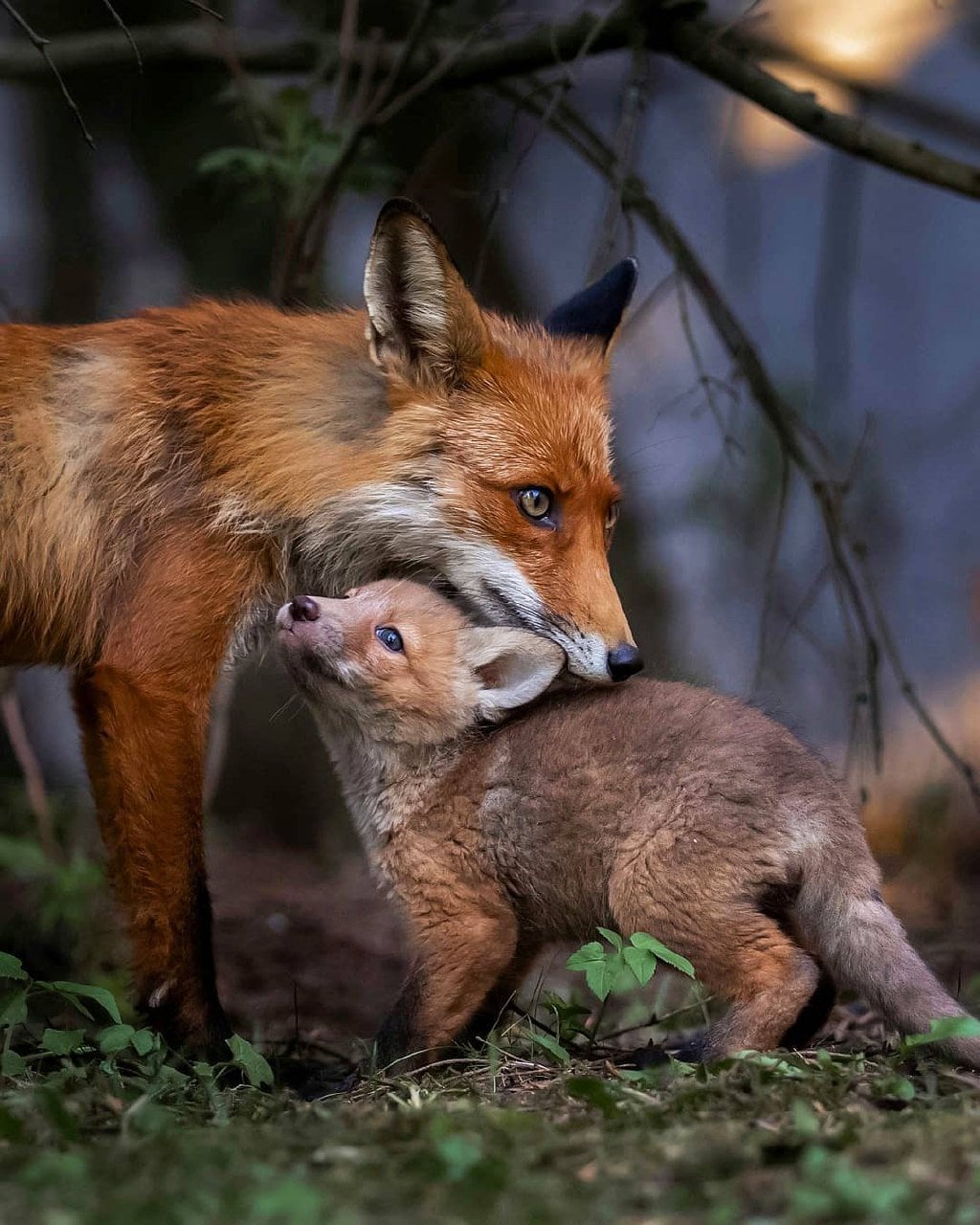 This sly, smart and quick mammal only has the great bond between a mother and baby. Foxes live as families, when a female one gives birth, its male fox and the whole family will have to take care of it. Mostly they will protect and feed the mother and babies. The vixen will teach its kit how to survive and how to look after other young ones once they grow  up. This process might take a few months to a year until it hits adulthood. 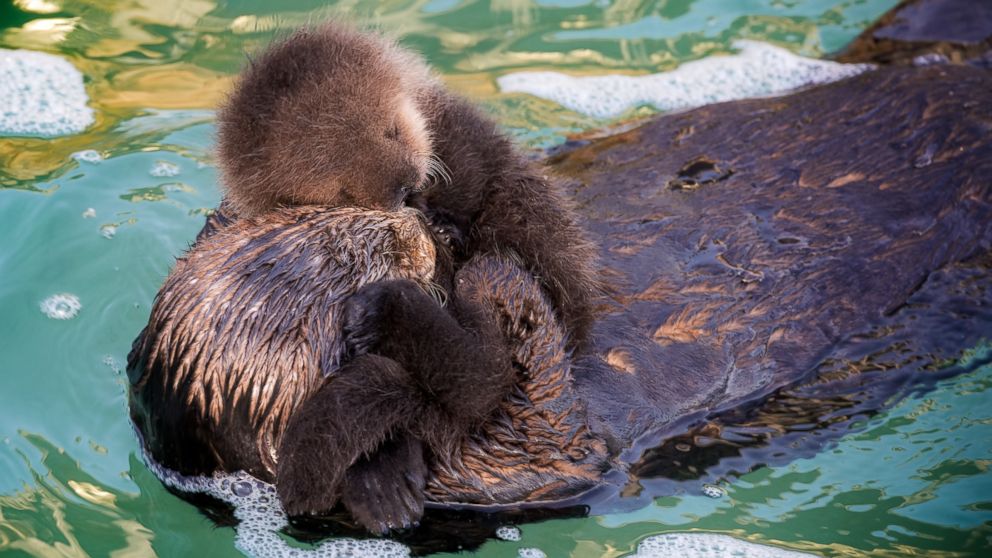 The otter is one of the most adorable aquatic species which have the cutest behaviors. This photo shows a baby otter falling asleep on its mother’s belly. For the first 3 months of a pup’s life, its mother hardly leaves it alone. The mommy is extremely aggressive during this time towards any other animal threating its baby. Notably, a pup’s fur is dense and it does not have the ability to dive until 6 months old. Following that, it will also be able to survive independently in the wild. In most birds, the female is in charge of the eggs. Otherwise, male penguins take responsibility to build the nest and also protect those eggs. It makes them one of the greatest dads in nature. Funny footages have showed how they hilariously fight each other for nest materials and egg stealers. A newborn penguin does not have waterproof feathers until it reaches adulthood. Since, it might live independently from its parents. These animals and their babies are usually caught together all the time. 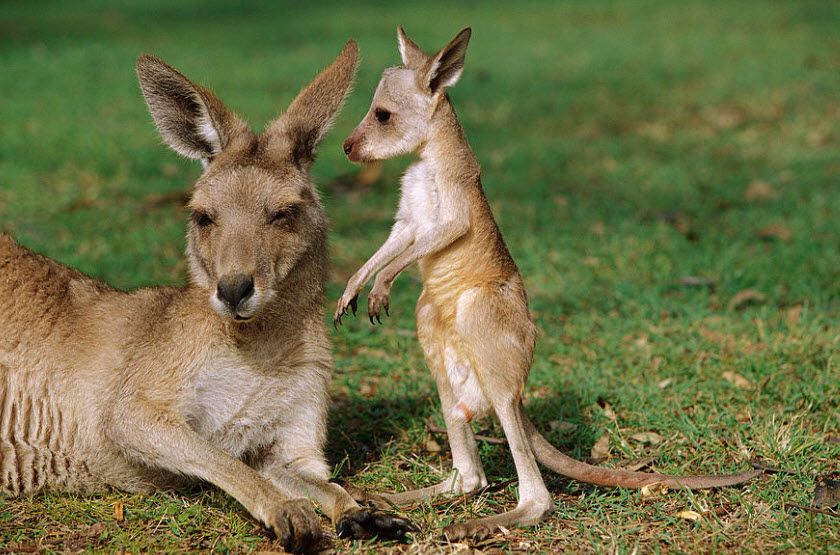 These special animals in Australia is distinguishing with its way of raising its baby. These animals and their babies live together all the time after the birth. Only after 30 to 35 days, a joey are grown enough to jump out of its mom’s pouch. Even then, it still lives up to its mommy and spends another 2 month there.

What To Do When Neighbors Hate Cats And Launch A Bunch Of Noisy Deterrents That Disturbs Others?

Internet Shares How They Read People By Looking At Their Dogs

Once-In-A-Lifetime Photos Of A Fish Trapped Inside A Jellyfish: The Weirdest Scene You’ll See Today