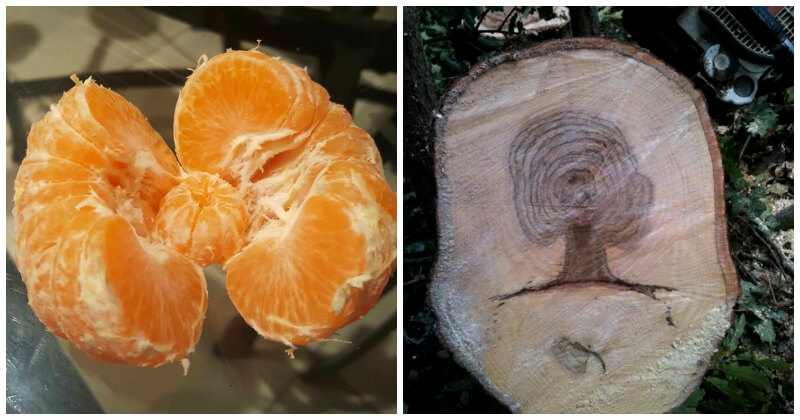 We bet that you all have at least once played with that Matryoshka doll (widely known as the Russian doll) when you were little. A set of matryoshkas consists of a wooden figure, which separates at the middle, top from bottom, to reveal a smaller figure of the same sort inside, which has, in turn, another figure inside of it, and so on. Well, remember the first time you play a matryoshka doll, it just kept revealing more of its smaller versions forever until you lost your mind. Like, come on!

In real life, people sometimes stumble upon things that are doubled and cannot resist taking a picture. Fairly to say, it’s rather more exciting than frustrating compared to playing with that wooden doll. Like, when you peel an orange and split it into two, you discover that there is a tiny orange in the center. How cool! Buy one get one orange!

Situations like that are simply fun. And sure thing, there’s a subreddit dedicated to sharing this two health bars phenomenon. With roughly half a million members, this sub is going strong with many interesting photos every week. And today, we have gathered some of the best ones to make this list below. Scroll down and check out pictures of doubled things! Nature is incredible! Cutting down a tree and what people found was “another tree” inside. You can apparently see the shape of a tree on this tree trunk. This tree has been drawing a portrait of itself for years? Interesting! #4 This dog’s ear is another dog #5 This apple has an apple on it This happens in cold weather when the rain falls down and freezes on the surface of this fence. That layer of ice then thaws and slips out to create another chain-link fence. How incredible!

#7 This man was born for this job #8 Ships getting shipped on a ship Ever wonder how people transport ships across the sea? Well, they of course won’t run it one by one to the destination because the fuel cost will be extremely high. They instead stack those ships up on another bigger ship, yes, then ship them like all other goods.

#9 Today my boyfriend accidentally broke the ear off of his dog statue, which he’s had for twelve years, and discovered another smaller dog inside… I have so many questions #14 A case to protect the case just in case #23 This second window created by ice Well, how do you feel after reading this post? Like, anything can happen, right? Reality can be unbelievable, even absurd at times, but that’s how life goes. Still, this is how the universe puts more colors into this mundane, repetitive life cycle. Feel excited for more? Be sure to follow our page to catch up with our latest content.

21 Hilarious Stories Of People Getting Shamed While Traveling Abroad

20 Hilarious Words In Thejenkinscomic That You Can’t Help Laughing

14 Photos That Completely Defy The Law Of Physics

19 Of The Most Fascinating Photos Ever To Pique Your Interest

25 Hilarious Memes And Posts About Science That Make You Giggle, As Shared By This Facebook Group

19 Examples Of Cringy Text Messages That Truly Hurt To Read

20 Times People Stood Out Of The Crowd So Comically

Can You Go Through This List Without Driving Your Inner Perfectionist Crazy? (40+ Oddly Unsatisfying Pics)

20 Ridiculously Funny Police Sketches That Make You Choke On Water