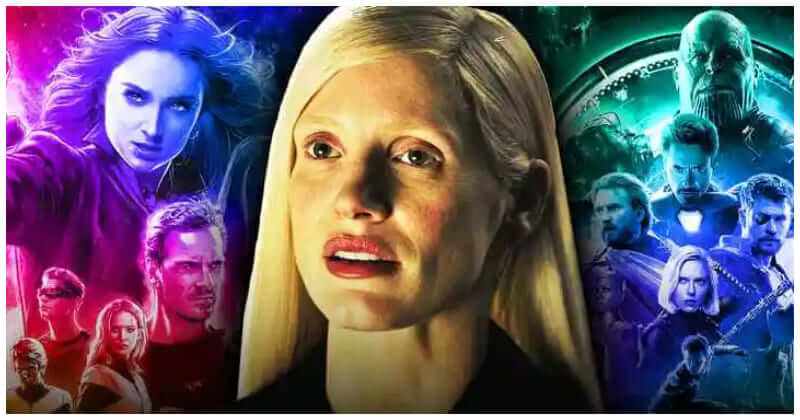 The same year that Disney concluded its buyout of Fox Studios, X-Men: Dark Phoenix was released in cinemas as one of Fox’s final blockbuster films under the Marvel label. Dark Phoenix, which starred Sophie Turner as Jean Grey and Jennifer Lawrence as Mystique, also included Jessica Chastain as the film’s main adversary Vuk. Even though this Jean Grey-centric film was intended to be the final of Fox’s X-Men films, regardless of popularity or praise, Dark Phoenix was a significant let-down for audiences and reviewers alike. In fact, Chastain herself stated that making the film was a challenging experience. Thankfully, this does not appear to dissuade her from wanting to return to the Marvel universe at some point, especially with so many important MCU projects on the way. With hundreds of righteous and evil characters going to require actors and actresses for MCU films and the Disney+ series over the next several years, Chastain should be able to take on a new Marvel character. If she does come back, the actress has suggestions about what she would like to do in a Marvel Studios project. Chastain showed interest in portraying “a villain rather than a comic book hero” again after performing the villain in X-Men: Dark Phoenix, stating that “villains have more fun“. Furthermore, the renowned actress prefers to portray a major evil “that’s already been developed in the comic books” rather than an original character, and she only desires to perform the role as a “one-and-done” rather than taking on Marvel’s iconic multi-film deal: “I think that I would be more interested in playing a villain than a comic book hero, because I think villains have more fun, honestly. I would love it to be a villain that’s already established in the comic books and not created, you know, like a new thing. And also, I would love it to be a villain that you don’t have to sign such a deal for. I’m kind of a one-and-done kind of girl, so it would be great to play a character that was naughty and then would disappear.” Jessica Chastain has amassed an excellent reputation over the previous two decades, receiving two Academy Award nominations. But, unlike Secret Invasion’s Emilia Clarke, she does not look to be in line to become one of the MCU’s next long-term stars, which appears to be alright with Chastain. The Dark Phoenix actress was originally considered for the part of Christine Palmer in 2016’s Doctor Strange but turned it down in preference of playing a stronger character later in her career. She appears to have limited that concept down to being a villain, for which there should be plenty of opportunity in future Phase 4 MCU movies. With Chastain’s Marvel enthusiasm resurfacing, it appears that it is simply a matter of finding the proper character for her to portray. With about a dozen projects set to begin in 2022 and nearly two dozen more awaiting confirmation from Marvel Studios, it shouldn’t be surprising to see Chastain formally join the MCU soon.

7 Stars You Didn’t Know Were Besties In High School