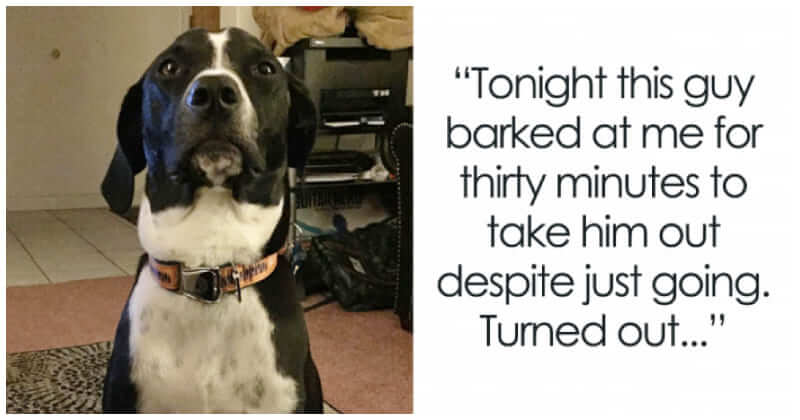 They say superheroes are just fictional characters in movies, but real-life prove to us it’s not hard to find superheroes like that. Heroism is not just about the police or military whose duties are to guarantee national security and save people. Sometimes, heroism is also about simple actions we do to yield happiness for our families and surrounding people. Sometimes, heroism is not just restricted to humans, but it also refers to creatures and animals, like dogs.

If there’s something we definitely love, it’s dogs who prove themselves to be real-life heroes. Any dog owner will struggle to deny that these animals are the most selfless, undoubtedly loyal, and incredibly brave. These characteristics make their connection with humans something beyond companionship. Dogs are willing to sacrifice themselves to save owners, and they deserve the title ‘real-life superheroes’. The good, great, and hero doggos below will certainly impress you.

Molly was a blind dog that saved 7 people, 2 dogs, and 4 cats from a house fire.

Without being trained, a dog named Major knew to dial 911 when his owner collapsed from a seizure. In 2016, people were left in awe to hear about a dog saving another dog that had been buried alive. Give him a big applause. This family went to the news after being saved by their blind, deaf, three-legged dog who had alerted them about the fire. Now, it’s time to meet Orlando, the black Labrador who prevented his blind owner from falling onto NYC’s subway tracks. In the end, both fell, but actually, they escaped injuries. Hero refused to let his wheelchair-bounded owner come to class alone. As a service dog, he followed her to each of her classes. The owner eventually graduated from college while her dog was also awarded an honorary master’s degree. Layka worked in the military. Shot 4 times by an Ak-47, she still attacked and subdued the insurgent who was attacking her handler. The dog has recently received a medal for her heroism. A dog saved his owner from a vicious bear by striking it with a rock. Both escaped but were severely injured. This doggo sacrifice his life to save the owner. “I walked in to see my pitbull, Akasha, who has never had puppies, is now nursing a 4-week-old feral kitten I saved.. nature is amazing!” shared a Reddit user. Chako the brave dog was willing to take 12 stab wounds as he could protect the owner from abusive partner threatening her with a knife. A Newfoundland called Whizz was rewarded with a posthumous award after saving 9 people and a dog from drowning. When 92-year-old Marie Alexander fell in her yard, this Chihuahua did all that she could do to summon help for the lady. A Pitbull rescued by a woman hours before it was scheduled to be euthanized saved her 4-year-old son a week after that. Good doggo! Maggie came out of her kennel at midnight to comfort other crying puppies. She is a good foster mom! Max was happy to rescue his owner from two-armed robbers despite being shot 3 times. Dog refused to leave owners in freezing conditions, cuddled up for 24 hours to save him. We love him! “My best friend turns 12 today. She’s flown in helicopters, saved me from dozens of bears, and volunteered as a therapy dog at a local hospital. She’s definitely earned a day off today.” If it hadn’t been for China’s help, this baby wouldn’t have survived. The dog found the baby in a field and moved her to the pen where she kept her warm throughout the night. Katy Mae saved her owner from two Pit Bull by shielding his neck area with her body. One of the injuries was next to her jugular, which might cause death. Lily was a Pit Bull who saved her unconscious owner when a freight train was about to hit her. She covered the owner’s body and got hit by herself. This is Kabang, the dog who lost half of her face in a motorcycle crash in which she was trying to save two children. Mischievous Dog Plays Hide And Seek In Her Food Bin

Gorgeous Plumage Of Rainbow-Colored Tones, The Blue-Winged Pitta Is A Truly Outstanding Bird