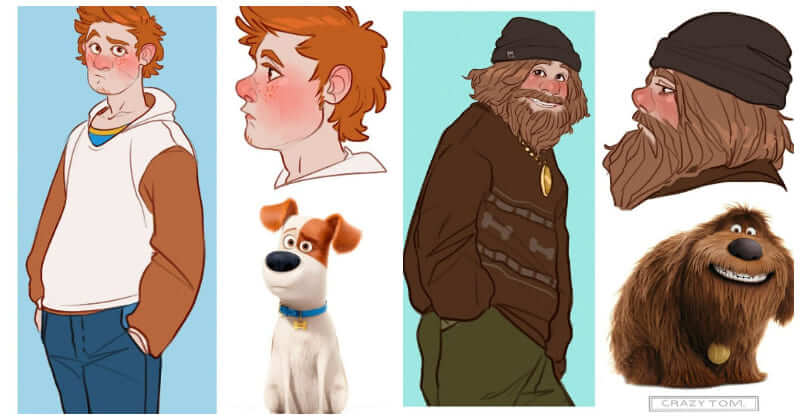 Animation and cartoons must be an inevitable part of everyone’s childhood. Most of us watched cartoons when we were little, but many adults still watch them now. The characters in animated series are often animals, objects, and things. But have you ever wondered how are looks of cartoon characters as humans?

A Russian artist, known as Crazytons on Tumblr, has reimagined a number of famous cartoon characters as how they would be in human versions. Crazytons has a very specific and unique style, which you may not often see in the styles of other artists. He tries to make the characters look different, eye-catching, and colorful. Moreover, when turning these non-human characters into humans, he maintains their facial expressions and essence. That’s why we are showing you his twenty-six artworks in this post. Let’s scroll down and check them out! 16 Terrifying Cosmic World Eater Arts That Will Give You Goosebumps

11 Favorite And Hilarious Memes Are Recreated In Japanese Print Styles

36 Fresh, Hilarious Cartoons That Tickle Your Funny Bone Before Bedtime

What Would Your Conversations With Your Computer Be Like? Let These 30 Hilarious Comics Show You!