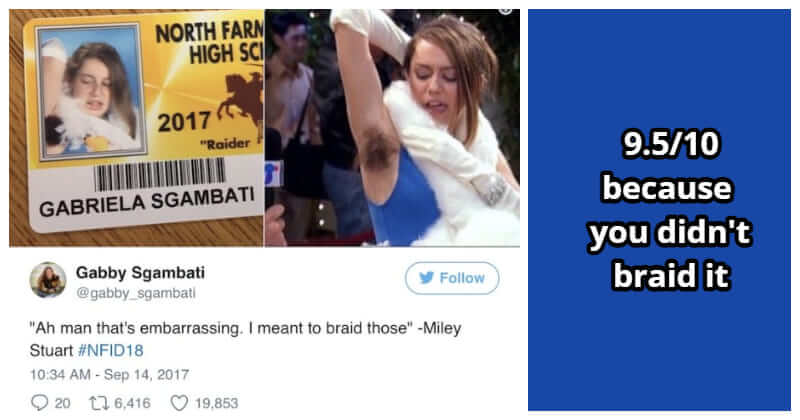 All the years spent at schools would be wasted if we don’t have any memory to remember. That’s why parents always tell their kids to do everything they can, study hard, and play hard, too. Then at least, when the kids grow up, they’ll have something to tell and recall that time at school.

To make the best of the school time, these 18 students on the list below decided to take one-of-a-kind photos for their ID cards. Dressed as characters from movies, cartoons, and music videos, these students truly made their ID cards look noticeable and hilarious. Scroll down and check them out now.

#1. The commitment to this totally esoteric character from Spongebob is impressive: #2. I bet you a million dollars this girl will have an Audrey poster hanging in her Freshman dorm room: #3. Doesn’t count if she can’t do the accent #4. This child will still have a blue mouth and a raincoat when she’s a high school senior, that’s a promise #9. Codename: Kids Next Door was the voice of a generation and don’t you dare disagree with us: #10. This senior ID could probably get him into a bar before McLovin’s ID would #11. Cher’s saving herself for Luke Perry: #12. Truly the best part from We’re The Millers #13. If you didn’t get Kenny G to follow you around with a sax all day what are you even doing #14. Everyone who grew up to be a diehard Kardashian fan started with a love of Jackie Burkhart #15. Monica is literally all of us at the beach #17. Coming To America will always be one of Murphy’s greatest: 20 Fascinating Things That Will Totally And Completely Blow Your Mind

People Shared Wholesome Moments Through 20 Before & After Photos (New Pics)

Rude Pictures For Your Rude Friends

20 Children Who Are Carbon-Copies Of Their Parents

18 Funny Random ‘Alternative’ Names That Are Made By Kids