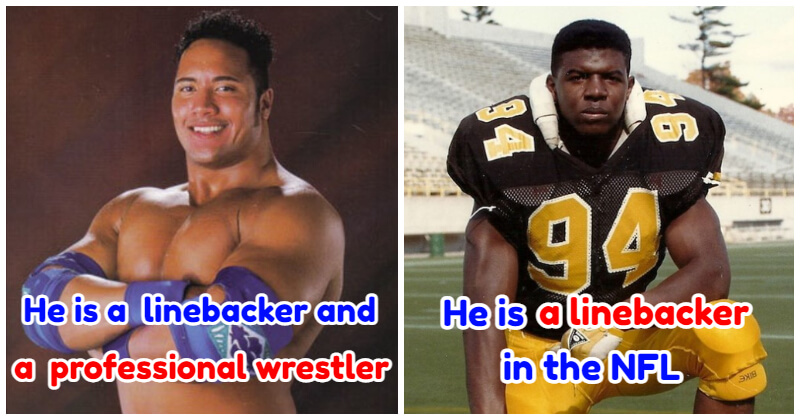 The 1980s saw the emergence of muscular action heroes. You got JCVD, Schwarzenegger, Stallone, etc. There was almost no shortage of muscle-bound struggle for survival back in the day.

Fast forward to the 21st century, and you will find a similar trend in Hollywood: action movies featuring actors who are just as muscular as their predecessors. But here’s the difference: The Hollywood powerhouses of the 1980s were all about exercising. In contrast to today’s action heroes, who had full-time sports careers prior to their acting ones, there were hardly any sports activities during the previous generation’s lifespan.

Before making it in the entertainment industry, many actors dabbled in the sporting world for a chance to earn a reputation for their own names. For many, these experiences proved to be valuable later on in their acting careers.

It is not too hard to find an actor with any kind of background in sports these days. And these five actors, in our opinion, stand out the most. Let’s find out who they are. “The Rock” being on this list should be no surprise. At first, Dwayne Johnson wanted to play for the NFL but was denied the chance. Later on, he joined professional wrestling and became one of the most successful pro wrestlers of all time. This is also where the nickname “The Rock” was born, and it stuck around ever since. Jason Lee had a skateboarding career throughout the late 1980s and early 1990s. He even worked with Tony Hawk to create skateboarding-themed video games. Towards the end of the 20th century, he retired from skateboarding to have time for his acting career. Russell was initially an All-Star talent in a minor baseball league. Had it not been for the life-changing injury, we could have seen a completely different Kurt Russell, perhaps as a major leaguer. Terry originally played in the NFL. More specifically, he was a linebacker. But at some point, Crews decided that he had enough and moved on to an acting career. Here, he found success primarily in the comedy genre, though there are also times when he was called in for some action. In Terry’s own words: “I have to say, being in the NFL for seven years got me ready for Hollywood … You have to learn how to take a punch!” Like The Rock and Terry Crews, Tommy Lee Jones was also a football player, though he never really made it to the NFL. Interestingly, he participated in what many consider to be the most famous football game in Ivy League history.

Later when Tommy Lee Jones became an actor, he even starred in the 2008 documentary film recounting the famous football game Harvard Beats Yale 29-29.

Other Than Photos Of Hailey Bieber And Selena Gomez Together, These Celebrities Also Befriend After Fighting