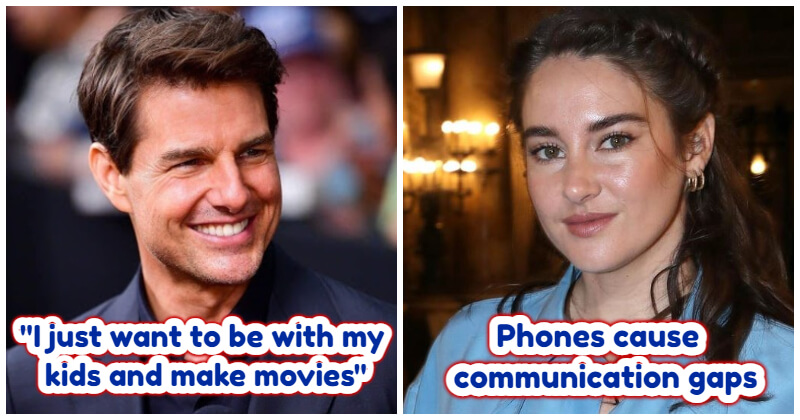 Have you ever gone out for an hour without your smartphone? What about for an entire day, or perhaps a week? If the thought of being completely disconnected from your pals and unable to access your social media accounts whenever and whenever you want gives you goosebumps, you’re not alone. I think many of us can’t stand the thought of not having access to our phones for a long period, including Hollywood stars.

While the rest of Hollywood is stoking and quelling Twitter feuds, a small group of celebs refuses to participate in the social-media circus. Some celebrities don’t even want to own a cell phone. How bizarre is that?

While cell phones have become an integral part of our lives, some people have given up their phones to live off the grid. This is exactly why you’re seeing many celebrities avoid buying cell phones. The following is a list of 10 celebrities who do not own a mobile phone. Tyra Banks had a phone detox after the birth of her baby in 2016. Tyra confined her phone usage to text messaging because she couldn’t entirely stop using it. During a talk show with Jimmy Kemmel, the Fault in Our Stars actor stated that phones cause communication gaps and that she does not own one. “The further you get away from all the technological noise, the more freedom you have,” she explained. In a 2007 interview with The Daily Star, the Mission Impossible star stated that he never felt the need to carry a phone with him. “I don’t have an iPhone, a phone, an email address, a watch, jewelry, or a wallet.” “I just want to be with my kids and make movies,” Tom stated. Simon Cowell revealed to Entertainment Tonight that he finds cell phones incredibly hazardous. “Even if you limit it, you don’t want your phone to dictate your life,” he explained. During an appearance on Jimmy Kimmel Live in 2013, veteran music superstar Elton John stated that he did not own a cell phone. His crew and his hubby handle his Twitter and Instagram accounts totally. When he isn’t at home, he exclusively uses an iPad to FaceTime his children. In 2015, the Shape of You hitmaker threw away his phone and went on a digital detox. Ed Sheeran claims that not having a phone in his life significantly reduces his stress levels. The Sex And The City star keeps a phone on her person but only uses it to respond to emails. Hearing “Your voicemail is full” when she used to check her calls was apparently “horrifying” to her. Vince Vaughn is “obsessed” with phones. In a 2009 interview, he stated that it irritates him to watch everyone around him talking and texting on their phones, especially now that payphones are being phased out. He only communicates via email and does not intend to keep a phone until he has no choice. In March 2021, pop icon Justin Bieber claimed that he now uses an iPad instead of a cell phone to communicate with family and friends. He prefers not to be approached by many people, and the iPad assists him in establishing these boundaries.

Seelie Genshin Impact: Where And How To Get It