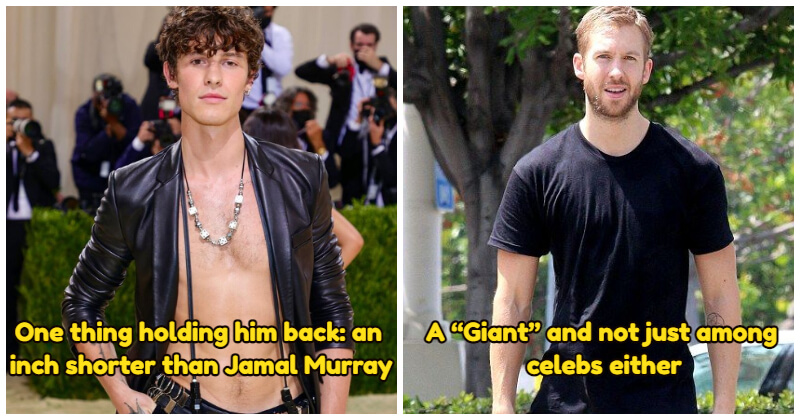 Famous people with impressive height gain so many advantages in the industry. Models snag more attention and opportunities for their above-average height, while athletes earn money for standing heads above the rest. Although models and athletes are well-known for their incredible height, you may be surprised that there’re many singers and actors whose heights are second to none.

In fact, there are many big names in music and movie that are underrated when speaking of height. They tend to always appear with taller people, or the rotation doesn’t highlight their superb height. Besides, some of them have outstanding features, be they cute faces or chubby figures, overshadowing their tallness.

In this post, we enlist 10 famous singers and actors that you don’t expect they are extremely tall. Their height is comparable with the top tallest athlete. From Mandy Moore, who is taller than her co-star Milo Ventimiglia, to the mega singer Adele, even higher than her ex-husband, they will make your jaw drop. “This Is Us” is one of Mandy Moore’s movies that has a huge following, and the couple Jack – Rebecca Pearson float the boat of myriad audiences. But even the big fan of the couple may be surprised that… Rebecca is taller than Jack. That’s right! Mandy Moore, who is 5 foot 10 inches tall, is a full inch taller than Milo Ventimiglia, who portrays the love of her life on the show. “The Crown” star Elizabeth Debicki is actually 6’3″. The Aussie actress is closer in height to the People’s Princess than Emma Corrin and Kristen Stewart, who also portrayed the beloved royal in recent projects. Many people misread Jojo Siwa’s height when looking for her information via Wikipedia, informing that she is 5 feet 7 inches tall. But according to the “Boomerang” singer, her real height was “more like 5′ 8.5″ or 5′ 9.” Source: We Rave You

People never really realized the Scottish DJ is a GIANT as just see him behind some DJ decks. In fact, Calvin Harris stands 6 feet 6 inches, while the average height of a Scottish male is 5’8”. Suffice it to say he would appear to tower above many of his fellow countrymen. Source: Your Next Shoes

People may not realize how tall Adele is due to her chubby figure. In fact, the singer of the hit “Rolling In The Deep” is taller than her contemporaries, at 5 feet 9 inches tall. She is even taller than her ex-husband Simon Konecki, who stands 5 feet 6 inches. Posty stands at an absurdly tall 6′ 2″. Even fans of him may say “wow” when learning his real height. The singer is also proud of his height, he once left a cool emoji when a fan asked how tall he was. The actor from 13 Reasons Why is a towering 6′ 3″, which is appropriate for someone who has frequently played an athlete. He may have inherited some height genes from his English-Dutch father and Chinese-Malaysian mother. Source: We Got This Covered

Don’t let his baby face fool you! At 6’2”, the singer of the hit “Treat You Better” is just only an inch shorter than Jamal Murray, who is one of the best basketball Canadian players. In particular, when he was with Camila Cabello, the tops of their heads were a solid foot apart when they stood next to each other in bare feet. Idris Elba regularly outshines his fellow performers on television as characters like Stringer Bell, DCI John Luther, and many more because of his strength and presence. And you might be startled to learn that Elba’s on-screen character isn’t simply metaphorical; he is frequently physically bigger than many of his on-screen contemporaries. For those of you unfamiliar with the metric system, the London-born actor stands at 1.9 meters, or slightly over 6 feet 2 inches. We can’t say for sure, but it’s possible that his DJ nickname – DJ Big Driis, stems from his height. Bo Burnham made history with his 30-minute comedy special for Comedy Central, becoming the youngest person who did that. At 6 feet 5 inches tall, he might also have been the tallest. He claimed that his growth spurt, which occurred during his sophomore year, occurred when he was still quite young. Burnham never played basketball because he preferred acting to sports, but in 2021 he was cast as the 6′ 9″ basketball star Larry Bird in an HBO television series.

5 Already Famous Actors Who Had To Audition For The Roles