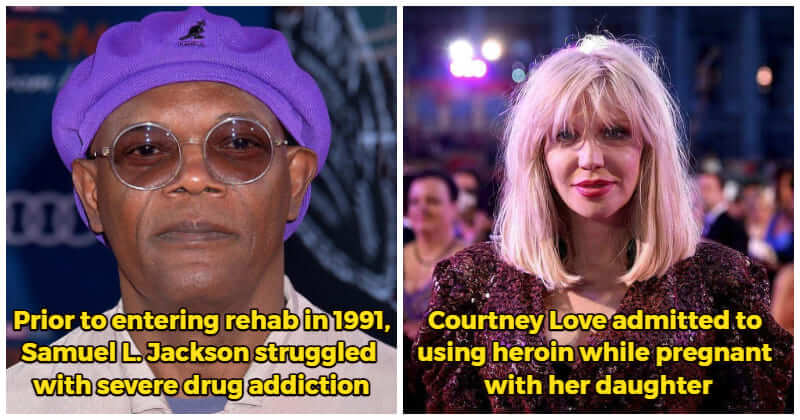 Heroin is a highly addictive substance. Despite the obvious dangers, the number of people using opioid painkillers is increasing in an alarming trend. No matter who they are or where they come from, anyone can become locked in a cycle of addiction and abuse. As more celebrities open up about their recovery, it becomes evident that even some of the world’s biggest names are not immune to the impacts of heroin addiction. Hollywood celebrities who have openly discussed their former heroin usage have focused awareness on the risks and issues that can arise.

Some celebrities that are addicted to heroin are musicians, while others are actors. Unfortunately, many outstanding artists died as a result of heroin overdoses. Scroll down to see the list of 20 celebrities with heroin addiction. Corey Feldman claimed that a pedophile who molested him when he was 16 introduced him to heroin. He battled drug addiction for much of his career as a young actor. Jean-Michel Basquiat claimed to be doing up to 100 bags of heroin every day in the months before his death. He died of an opiate and cocaine overdose in 1988. In 1949, Miles Davis became a heroin addict while performing in jazz clubs. Cory Monteith’s Glee crew and co-stars allegedly pushed him to undergo a 30-day recovery program. Unfortunately, the 31-year-old actor died in 2013 from a drug and alcohol overdose. Sid Vicious battled heroin addiction for most of his life. He died of a heroin overdose while on bail in 1978, after being accused of the stabbing death of his girlfriend Nancy Spungen. River Phoenix battled addiction for much of his childhood. In 1993, he died of a heroin and cocaine overdose. In 1982, John Belushi died of a cocaine and heroin overdose. He was 33 years old at the time. Jimi Hendrix was charged with possession in 1970 when heroin and hashish were discovered in his luggage at the Toronto airport. In 1971, Jim Morrison died after a heroin overdose. Angelina Jolie was allegedly in the grip of heroin addiction in a video filmed in 1999. She earlier stated that she barely made it through a “dark and hazardous” period in her life. Kurt Cobain always claimed that he began using heroin to self-medicate acute discomfort from a gastrointestinal problem. When Nirvana guitarist Kurt Cobain committed suicide in 1994, large amounts of the substance were discovered in his system. Before becoming one of Hollywood’s most known faces, Samuel L. Jackson battled significant drug problems before entering rehab in 1991. In 1970, Janis Joplin died after a heroin overdose. Russell Brand has battled heroin addiction and has been clean since the early 2000s. Throughout the 1990s, Courtney Love battled heroin addiction. She even acknowledged using the medication when pregnant with her daughter Francis Bean Cobain in the 2015 documentary Kurt Cobain: Montage of Heck. 70 bags of heroin and prescription pills were discovered at Philip Seymour Hoffman’s residence after he died of an overdose in 2014. Steven Tyler said he has spent 20 million to fuel his heroin and cocaine addiction. Tom Petty had a heroin addiction in the 1990s, but he kept it a secret until Warren Zanes wrote Petty: The Biography. In the early 2000s, Petty sought therapy for his addiction.

14 Most Lavish Toys Of Celebrities