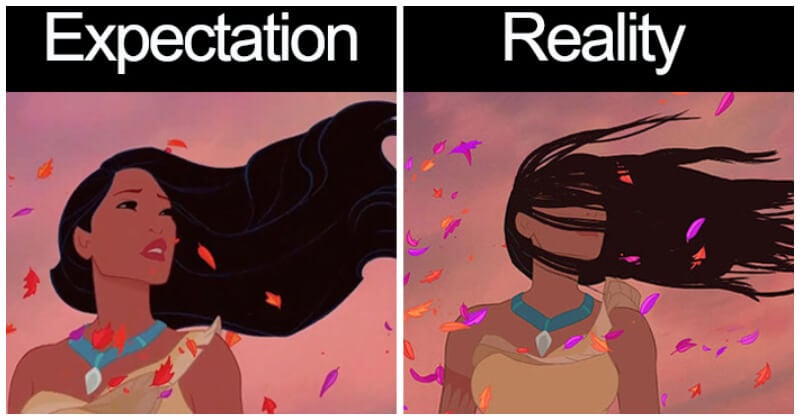 For over 80 years, Walt Disney Studios has produced a huge number of movies and has been synonymous with the term “animated film”. Whether we are talking about classic Disney movies that helped establish the studio or modern hits that continue to entertain audiences of all ages to this day. No matter how many decades went by, the studio has consistently delivered movies that have held a special place in our hearts, setting a high standard for the world of animated film and creating dozens of movies that have defined entire generations of theatergoers.

But what happens when the Internet gets its hands on these innocent Disney movies? Well, a great number of memes are released. Popular memes have been created from movies such as Peter Pan, Pocahontas, Alice in Wonderland, Cinderella, Aladdin, and so on.

Take a look at these memes and we promise you will laugh for hours. Donald Duck in this Disney meme is why we all need a live-in cook to feed us whenever we get the munchies at home. If you’re hungry, if you know it, quack it out. (warningdisneyaddictsonly) Is anyone else looking at this Disney meme and rolling their eyes at their upstairs neighbor right now? Grab a broom and start whacking. (anticapitalismsocialclub) You may think that Belle is sugar sweet, but this Disney meme wants you to watch your mouth when ANYONE has their period if you want to survive. (damseldialoguespod) Every mom out there is giving this Disney meme a standing ovation right now. Hug your mom and eat your dinner, dammit. (disneybaby4life) If only this Disney meme was actually what we were raised on when we were kids. We’d currently be paying for a lot less therapy. (plnt.earth) Well, we can pretend that this Disney meme is an exaggeration, but we all know that all of our relationship issues started with Disney movies like The Little Mermaid, Cinderella, and Sleeping Beauty. (stef07dgaf) The added scene in The Little Mermaid seen here in this Disney meme is the scene we’ve all been waiting for. (omgmymeme) Is anyone else looking at this Disney meme and realizing they are about 100 dogs short from having a happy and fulfilled life? (collegesittersburbank) If you’ve watched Sleeping Beauty then you know that this is where all your sister issues started. Thanks, Disney! (wakeywakeyonline) Is anyone else looking at this Disney meme and craving a Disney movie where the Princess is sick of everyone’s BS and she just lets everyone have it all the time? Sounds like a hit to us! (zoelaura1993)

#11 World history in one sentence Goes for only girl that doesn’t like him. Ignores all girls who actually wants him. (Jenny Li)

Who ever made this is half stupid and half genius. (Zoey G)

#14 The only realistic representation of how I wake up Yep! I like these little details they put in recently in princess cartoons. The effort to make characters more relatable. That particular scene made me pretty glad, happy and entertained. (Daria B) Disney should make a movie about that lady. (Lira Mai) Then she developed this thing for Dalmatians and it all went wrong. (Michael Steele) Literally what i did today. (Zozo Hobo) This is so funny because I know a lot of people who look nothing like themselves when the makeup comes off!! Or when they have tons of makeup on, really do not look like their true selves. (A.R.) My childhood is ruined. (Pommelien)

This is horrible! this needs to be higher up. (earringnut)

#21 Yet half the time he was choking him! He also dethroned an incompetent ruler who lived in incredible wealth in a castle which occupies half of the city while his soldiers brutalized the local homlesses. (Miklós Nagy) when you try using Shazam to find out what song is playing in the background of a noisy room. (Daria B)