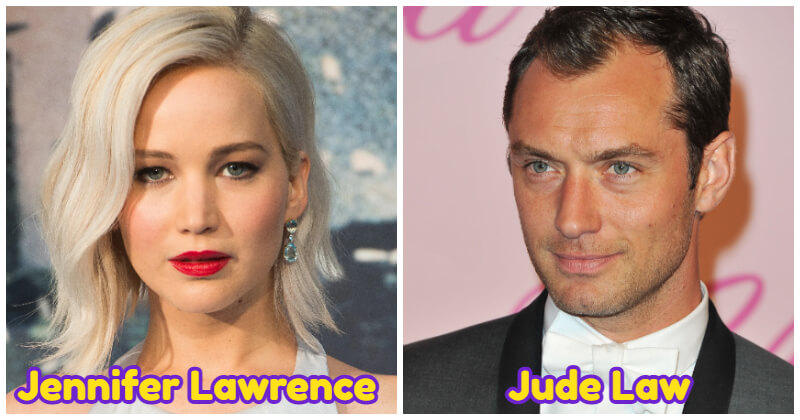 A personal name is not only a term of communication but also the identity of a person. Some celebrities use stage names to declare a few of their personalities. We can easily figure out the meaning hidden by their names or stage name.

But there’s another way to understand more about a person. It’s the middle name that is considered to be optional. Not so many people notice the middle name, and some people even don’t remember their middle. Still, it sometimes contains a family tradition or a funny story behind it. When it comes to celebrity middle names, it may lead to numerous misunderstandings about their names. So many people wonder if they call these celebrities right.

Here are some celebrities whose middle names will leave you in awe. Let’s scroll down and enjoy! Surprisingly, Nick Jonas’ full name is Nicholas Jerry Jonas — not Nicholas Gerald, Nicholas Jerry. Maybe, only his parents know the details of why he was given this name. Quincy Jones has a very amusing name, as he was born back in 1933 as Quincy Delight Jones. He is not alone, his father — Quincy Delight Sr. also shared the name. The actress was born Blake Ellender Brown in Los Angeles in 1987. She used the stage name of her father, actor Ernie Lively, and becomes popular today as Blake Lively. The iconic 007 actor has a proper English name, as he was born Daniel Wroughton Craig in Chester, England in 1968. Wroughton was an old family name and it was also shared by his dad, Timothy John Wroughton Craig. Not related to Billie Eilish, Billie Piper’s first name is a stage name and not a real name, which is Leian, and her middle name is Paul. The name comes from her father, Paul Victor Piper. Leo’s impression only deepens when you see his full name, Leonardo Wilhelm DiCaprio. He gets his middle name from his maternal grandfather, German-born Wilhelm Indenbirken. The English-born Kate Beckinsale is known as Kathrin Romany Beckinsale. Her parents were both actors: Richard Beckinsale and Judy Loe. Interestingly, her middle name doesn’t relate to a family name. Courteney Cox was born Courteney Bass Cox. Her name was simply a way to honor her mother, who is Courtney Copeland Bass before her marriage. Jude Law’s middle name is Jude Heyworth Law. His parents were fans of the book Jude the Obscure and the Beatles song “Hey Jude,” which explains his name. As for Heyworth, it was his mom’s maiden name. Hilary Duff’s middle name of Erhard doesn’t come from her mom’s maiden name, but from an old family name on her dad’s side. Her dad, Robert Erhard Duff, also has the same middle name. Last but not least, Duff’s older sister Haylie has the pedestrian middle name of Katherine. John’s full name, Sir Elton Hercules John ( he’s a knight) is a glorious name for one of the 20th century’s greatest musicians. Certainly,  it isn’t the original name, he was born with the name Reginald Kenneth Dwight. Uma Thurman wrote in her autobiography that she couldn’t be pleased with her name when she was younger, known as “Uma Karen.” Richard Gere’s middle name is Tiffany. Still, it has nothing to do with Tiffany’s or Breakfast at Tiffany’s. It’s actually his mom’s maiden name, as she was born Doris Ann Tiffany in 1924. Henry Cavill is known as one of those people who has two different middle names. He was born Henry William Dalgliesh Cavill on one of the Channel Islands. Some people might know the affable late-night host’s full name is James Kimberley Corden. Like Richard Gere, his feminine middle name might be a family name of some kind. Billie Eilish’s first name is just “Billie.” Where it gets more impressive is her middle name, one of which is Eilish. Her full name is Billie Eilish Pirate Baird O’Connell. J-Law was born Jennifer Shrader Lawrence, born in Indian Hills, Kentucky to a construction owner father and a summer camp manager mother. Like others, we’re guessing that “Shrader” is a family name.

What Happened At Travis Scott Concert? More Than Deaths!

17 Actors Who’ve Thrown Shade At Their Most Famous Roles

7 Actors Who Gave A Sh*t About Studio Rules