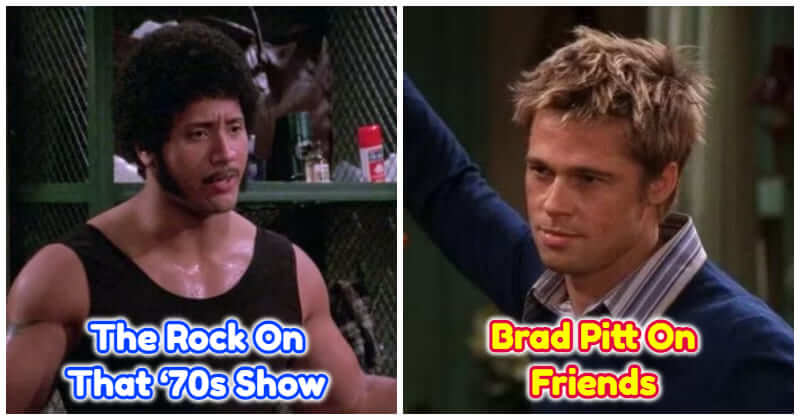 Some actors have mastered the art of making a cameo appearance. They can appear for only a few minutes and leave a lasting impression. The actors, singers, and athletes on this list have appeared in some of the shortest, yet most memorable cinematic cameos in history, including a handful who appeared in remakes of their own earlier work.

If you’re the main or even the supporting actor, you have all the time in the world to give a memorable performance. It’s considerably more difficult to leave an impact if you only have one scene. Whether these performers love dressing up in silly costumes and spending time on set with their friends or were trying to stay relevant in the ever-changing pop culture environment, their cameos are some of the best in film history.

#1 Burt Reynolds On The Golden Girls The Golden Girls was revolutionary, hilarious and full of talent. Burt Reynolds appeared in the season 2 episode “Ladies of the Evening.” Dorothy (Bea Arthur), Blanche (Rue McClanahan), and Rose (Betty White) are allowed to accompany Reynolds to a movie screening.

There are several stumbling blocks, but near the end of the episode, Reynolds emerges looking for Sophia (Estelle Getty). “Which ones are the sluts?” he asks of the other ladies, and they all say, “I am.” It’s a fantastic time for a show that relished delving into the sexuality of women. What We Do in the Shadows, as a show, never does things halfway, always totally dedicated to whatever ridiculous notion it chose to explore. What they completely commit to achieving in season 1’s “The Courtroom” is crafting a humorous trial scene that also somehow connects a vast universe of vampire pop culture allusions. While Friends was known for memorable one-episode characters, perhaps the most talked about was Jennifer Aniston’s then-husband Brad Pitt’s cameo in “The One with the Rumor.” Monica (Courteney Cox) invites an old high-school acquaintance, Will (Pitt), to dinner, unaware that he dislikes Rachel (Aniston).

Some of the jokes haven’t aged well, and the series creator, according to Refinery, has even regretted making them. But it’s indisputable that Aniston and Pitt have tremendous chemistry, and it’s great fun when Will discusses his “I Hate Rachel Green” club with glee. The Big Bang Theory is another program noted for its cameos, but it’s difficult to match Carrie Fisher’s appearance in season 7’s “The Convention Conundrum.” Sheldon (Jim Parsons) plans to organize his own competing conference after the gang tries and fails to get into San Diego Comic-Con.

What follows is a wild night in which Sheldon and James Earl Jones get into some mischief. It all comes to a head when Jones and Sheldon ding-dong-ditch what turns out to be Carrie Fisher’s door. She responds aggressively, bat in hand, yelling after Jones. It’s a nice tribute to Star Wars and a pleasant moment with Fisher.

#5 Katy Perry On How I Met Your Mother Despite its tumultuous season finale, the aughts show How I Met Your Mother retains a devoted following. Katy Perry’s “Honey” appears in the season 6 episode “Oh Honey” when Zoey (Jennifer Morrison) tries to hook her up with Ted (Josh Radner), only to be seduced by Barney (Neil Patrick Harris).

To be fair, her given name isn’t “Honey.” No one knows what her name is. What they do recall is saying, “Oh, honey…” in response to her shenanigans. Perry plays the kind but gullible Honey brilliantly, adding humor to the episode. Dwayne “The Rock” Johnson hails from a long line of wrestlers, and in season 1 of That ’70s Show, he got to flex his acting muscles while also paying tribute to his family. Eric Forman (Topher Grace) persuades his father Red (Kurtwood Smith) to take him and his friends to a wrestling bout in “The Wrestling Show.”

Enter The Rock, who ends up playing Rocky Johnson, his father. They even meet Rocky, who wisely predicts that his own son will be “the most electric man in sports entertainment.” It’s amazing to see The Rock play his father while simultaneously joking about his own career. Prince’s appearance in this season 3 episode of New Girl was so huge and iconic, that they named the episode itself “Prince.” Jess (Zooey Deschanel) and Nick (Jake Johnson) are dating. Things are going well until Nick tells Jess he loves her, and she replies only with finger guns. Obviously, this moment creates tension in their relationship. To blow off some steam, Jess and Cece (Hannah Simone) go to a party at Prince’s house, which Nick decides to crash.

The two end up hashing out their differences with Prince, who Jess them some thoughtful relationship advice. There’s a makeover scene, some great heart-to-heart moments, and pancakes. After being beaten in the head by Frank (Danny Devito), he wakes up in a facility where Sinbad and Thomas torment him. Or does he? The entire event turns out to be a bizarre fever dream, but Sinbad and Thomas do an excellent job playing against type.

#9 Kesha On Jane The Virgin Jane’s (Gina Rodriguez) life becomes substantially louder in Season 2 of Jane the Virgin when rock sensation Annabelle (Kesha) moves in next door. It’s difficult enough to sleep as a new parent, but things get even more difficult when Annabelle’s antics, such as some very loud jam sessions, keep waking up Jane and the baby.

It’s a delightful side narrative in the episode, and Kesha plays a self-absorbed rock star perfectly. Her unapologetic rudeness, sneer, and deadpan delivery of lines like “noise-canceling headphones help” are spot-on. It’s a fantastic appearance for Jane the Virgin, a program recognized for its strong characters.

#10 Joe Biden On Parks And Recreation Several politicians made appearances on Parks and Recreation throughout its seven-season run, but none were as famous as then-Vice President Joe Biden. He initially appears on the show in the season 5 episode “Leslie Vs. April,” when Leslie Knope’s (Amy Poehler) fiancé, Ben (Adam Scott), surprises her with her biggest celebrity obsession, Joe Biden.

In the series finale, “One Last Ride,” Biden and his wife, Jill Biden, both come up to invite Leslie and Ben, who are now political big shots, to their home for a celebration.

Scenes From 12 Blockbusters Are Hilariously Re-Filmed Today By Photoshoppers

10 Stars Who Only Got Recognition Later In Their Career

Here Are 20 Movie Couples That Kept Our Eyes Glued To The Screen, And How They Appear Now

12+ Extremely Witty Details In Movies That Most People Missed