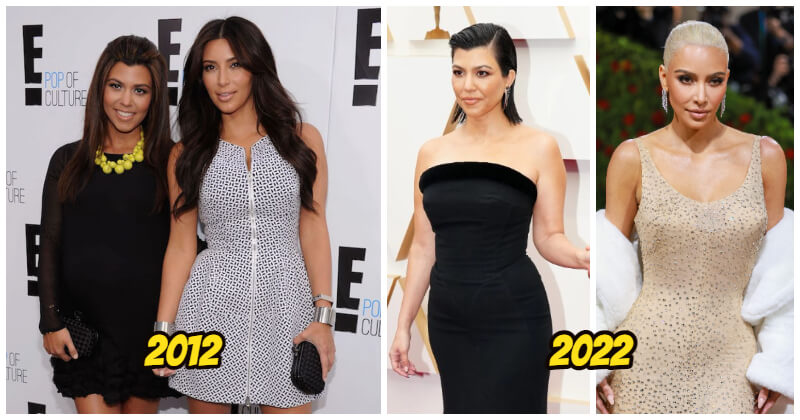 For many of us, having a sibling is one of the best things we can ask for in life. Sure you can always make friends and sure, you may argue that being an only child has its benefits, but it is undeniable that they will always have a special place in our hearts.

As for celebrities who have siblings, things are slightly different. While some of them share the family talent and pursue the same career as their already famous sibling(s), others make a name for themselves without using their family names. Not only that, being celebs, their personal lives are laid bare for the world to see. Everything they do goes to the first page of newspapers.

Today, let’s have a look at 17 pairs of celeb siblings who rose to fame alongside each other. Here’s the thing, though: some of the names listed down here may not ring a bell for many people. During the early stage of her career, Jessica was all about music. This did not last long, as her later albums didn’t gain much recognition.

Her younger sister, Ashlee, also rose to stardom, though this was in part thanks to Jessica’s success. The Fanning sisters have one thing in common: they both started out as child actors. The difference is their starting age. Dakota began acting at the age of 5 while Elle started off at 3. You may recognize Elle for her role as Aurora, the Sleeping Beauty in Maleficent. Eric is one of the most credited actors of all time, earning over 600 credits throughout his 48-year-long acting career. That said, his profile wasn’t exactly clean, as he had been arrested on more than one occasion.

Julia has also played in an equally vast collection of movies, including some of the highest-grossing films of her career. Both Hadid sisters are models. Gigi debuted her acting career in 2012 and had seen some success. Bella’s, on the other hand, started along with the third season of Ramy which may air in November 2022. Gyllenhaal is a well-known name in Hollywood. The sister, Maggie, played Nanny McPhee in the 2010 fantasy comedy Nanny McPhee and the Big Bang.

The younger brother, Jake, was exposed to movies earlier than his sister because of his family’s ties to the industry. He made quite a name for himself, having played in many movies, big and small. Of the two sisters, Kate Mara debuted her acting career earlier, in 1997. While Rooney did not start acting until 2005, they both achieved the same levels of success. Both of them are still active to this day. Jack and Kelly Osbourne are both children of Ozzy Osbourne, a former member of the heavy metal band Black Sabbath. Jack’s career is all about TV shows, including his family’s reality television show The Osbournes.

Meanwhile, Kelly expanded her career above and beyond, being an active player in many projects she participated in. Kim and Kourtney both gained widespread recognition following the leaked sex tape in 2007. Not only that, the two don’t get along very well and have been involved in more than one fight. Even Khloe, the youngest of the three, joined. The acting talent flows in the blood of the Olsens. On one hand, we got Elizabeth who played the Scarlet Witch in the Marvel Cinematic Universe. On the other, there are the twins Ashley and Mary-Kate who debuted really early at just nine months old in the 1987 TV sitcom Full House. Nicky, the younger sister, mainly focused on fashion and has her own clothing lines. Paris Hilton, on the other hand, is one of the most ubiquitous public figures for a few years, though part of this fame came from a leaked sex tape in 2003. Cara Delevingne debuted as a model from the early age of 10. She then went on to achieve breakthroughs in modeling, though her career has been declining around 2015.

Poppy, while also a model, did not see as much success as her younger sister did. One interesting pair of the day. Both princes are of royal origin and have attended the Royal Military Academy. Apparently, the tension between the two still remains a mystery. Rumer is the eldest of the three sisters, and Scout the middle. Rumer is more active in her acting career, having even participated in her father’s movies several times. Introducing the Williams sisters, the pair of women pro tennis players who dominated tennis in the 2000s. In spite of the difference in what they achieved, the two still get along very well and had no quarrels with each other. Beyoncé is already an established name in the music industry. Her younger sister, Solange Knowles, while not as big a name as her older sister, is renowned nonetheless. While both Jaden and Willow are actors, the former’s acting career has been in decline since After Earth. The latter, on the other hand, has a rapping career brimming with potential. Emily’s most active role was in the 2005 crime series Bones. Once the series ended, her career did not see a lot of advancement. She is no match for her younger sister, Zooey, who has a much more varied career as a model and a songwriter.