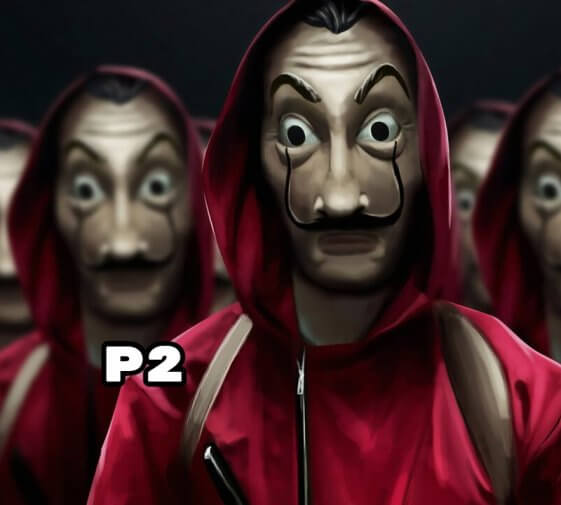 Money Heist is a Crime & Drama TV Series. This series is about eight thieves who take hostages and lock themselves in the Royal Mint of Spain as a criminal mastermind manipulates the police to carry out his plan. Let get to know who are the casts and characters of this movie. Keuchkerian is a former Spanish heavyweight boxing champion who turned his hand as a comedian, writer and actor. He starred as Ojeda in the 2016 film adaptation of the Assassin’s Creed video game series alongside Michael Fassbender.

Who is Bogota? A metallurgy expert drafted in for the Bank of Spain job, where the gang intends to melt several tons worth of gold. He develops feelings for Nairobi during the job and is left heartbroken by her death. Who is Arturo Roman? Arturo is the character fans love to hate. He was the Director of the Royal Mint during the first heist and proved a nuisance to the gang by constantly scheming to foil their plans. Cuesta has previously lent her voice to animated films The Lego Ninjago Movie and Klaus.

Who is Julia/Manila? Julia is Denver’s childhood friend, who he secures a role for in their second heist after her father is sent to prison. In the Bank of Spain job, she initially works undercover pretending to be a hostage, but when things get out of control, she reveals herself to be part of the gang. She adopts the city-inspired pseudonym, Manila. Who is Gandía? Gandía is the head of security at the Bank of Spain. He puts up a strong fight when the crew begin their heist, but they do manage to restrain him with the other hostages. When Palermo is ousted as leader, he facilitates Gandía’s escape out of spite for the rest of the group and it has grave consequences. The highly trained operative wreaks havoc on their carefully made plan and murders Nairobi in cold blood.

What else has José Manuel Poga been in? Poga collaborated again with Money Heist creator Alex Pina on Netflix thriller, Sky Rojo. Who is René? René was Tokyo’s first love and partner in crime, but he was killed in one of the heists they attempted together. Years later, she still feels a lot of pain over the loss.

What else has Miguel Ángel Silvestre been in? Silvestre is another Sky Rojo alum to find his way to Money Heist, while Netflix viewers may also recognise him from Sense8. Who is Rafael? Rafael is the son of Berlin, who wishes to be nothing at all like his father.

What else has Patrick Criado been in? Criado broke out with a role on Spanish adventure series Águila Roja. Who is Sagasta? Sagasta is the cold and ruthless Commander of the Special Forces of the Spanish Army – and he has his sights set on taking down the Professor’s gang once and for all.

What else has José Manuel Seda been in? Seda recently played Armando in Spanish soap opera Amar es Para Siempre. Who is Berlin? Berlin is The Professor’s brother and acted as his second-in-command during the Royal Mint job. But while his mastermind sibling is relatively honourable, Berlin proved himself to be a coldhearted sociopath on several occasions.

What else has Pedro Alonso been in? Alonso starred in 136 episodes of the hit Spanish series Padre Casares as Horacio Casares between 2008 and 2015. More recently he appeared in Netflix series The Ministry of Time as Cerezo. Who is Nairobi? Nairobi is a master of forgery and counterfeit, brought into the first heist to ensure the bills printed by the gang at The Royal Mint are only of the highest quality. She also proved to be an excellent motivator, with the hostages in her command often enjoying remarkably high morale.

What else has Alba Flores been in? Flores enjoyed the role of Saray in TV series Vis a Vis between 2015-2019, though Money Heist has proven to be her biggest work to date, like many of the actors in the show.

To know more about movie and news updates, visit our site https://aubtu.biz/ daily.