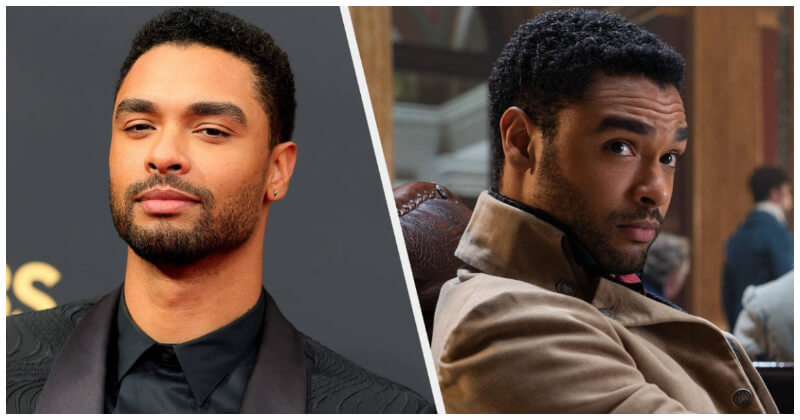 When it comes to Season 1 of Bridgerton, everyone loves seeing Rege-Jean Page’s the Duke of Hastings. But it doesn’t mean he’ll be making a return anytime soon. Regé-Jean Page said there’s nothing left to be said about the Duke of Hastings. The British actor announced his departure from the Bridgerton cast over a year ago, and now he doesn’t have any plan to return to the film series Bridgerton. Bridgerton is originally based on a series of 8 novels (numerous “epilogues”) written by Julia Quinn. The storylines of the show revolve around the Bridgerton family, comprised of widowed matriarch Violet (Ruth Gemmel) and her 8 kids, as they find marriage matches in Regency England’s high society. In the first season, it started with the oldest daughter Daphne’s (Pheobe Dynevor) search for a husband, and she found an unexpected connection with the dashing Simon Basset, Duke of Hastings (Regé-Jean Page). Indeed, he brilliantly brought us an emotional character, making a lot of people ask for his return. However, while showing up on Monday’s Good Morning America, host Michael Strahan asked the actor, What do you say to all those fans, they’re still waiting and clamoring for you to come back?” Regé-Jean Page initially claimed that there’s no reason for him to return because his character’s storyline is finished.
“I mean, I’ll take the compliment that’s built in there,” the 34-year-old actor replied. “I’m so glad they had a good time and want more. Shonda [Rhimes] and I are still super proud of how we stuck that landing.” He added, “Much like we were talking about playing villains, Simon started from a very dark place. He was emotionally broken and the fact that we had this beautiful redemption arc is what feels so good about him. He is now married, he has kids, he’s emotionally available, and he’s communicating. They lived happily ever after, we’re not gonna touch that.” Regé-Jean explained that Simon and Daphne lived “happily ever after” and they’re “not gonna touch that.”

The show became a phenom when it hit Netflix in December 2020. The first season was focused on the love story between Page’s character and Phoebe Dynevor’s Daphne Bridgerton. After that, it centered around Jonathan Bailey’s Anthony Bridgerton, the eldest son of the family in season 2 “He is now married, he has kids, he’s emotionally available, he’s communicating,” the actor concluded. Still, everyone involved in the show seems to believe Simon’s storyline is wrapped, there’s no hint like Regé-Jean will be recast as he recently suggested! Hear all that Regé-Jean had to say below.

“They lived happily ever after. We’re not going to touch that.” — @regejean seemingly shuts down rumors of him returning to #Bridgerton.#TheGrayManhttps://t.co/kWY5S6eOU4 pic.twitter.com/JbagA9ck3X