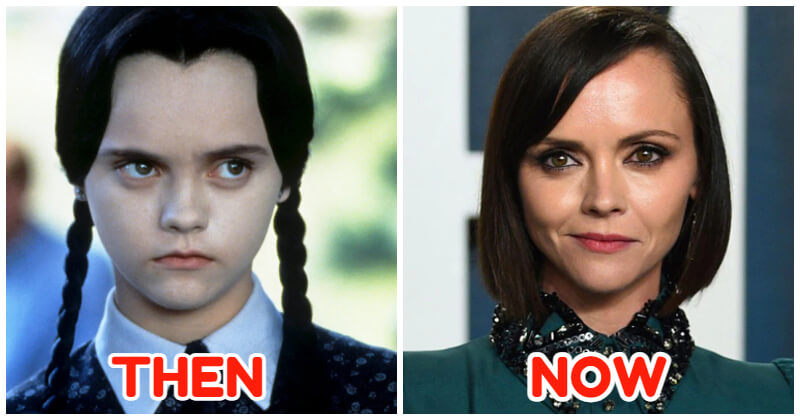 The Addams Family, a title that doesn’t need much of an introduction. From the comics in the ’30s to the latest 2021 movie version, they have had the world falling in love with their captivating stories.

Amongst them, The Addams Family 1991 movie is the most successful version, which melted the heart of all generations just from the first scenes. The movie attract the audience for its most iconic portrayal of the spooky house: a joyful family that lives in harmony and never stops to surprise and impress those from the “outer” world.

The characters in the movie gained a huge following. And they’re easy to become the solid choice to cosplay at Halloween. And what makes the series remarkable is the skilled cast. They devoted time and talent to convincing their roles.

In this post, we’ve got some latest information of 9 Addams Family Stars 1991 actors. Three decades have gone. Some of them are still active in their acting career, while some decided to stay away from showbiz. Christopher Lloyd, a legendary comedian, had a fantastic performance as Gordon Craven, also known as Uncle Fester in the movie. In any role, he keeps the audience entertained with his funny vibe. He will have a role in Spirit Halloween: The Movie this year. 7 feet tall, Carel Struycken successfully delivered the quiet giant Lurch. The Dutch actor has had many impressive roles, his latest role as Grandpa Flick in Doctor Sleep is one of them. Dana Ivey played Margaret Alford in the movie. Now she is 80 and still acting. She is famous for both film and Broadway acting. Christopher Hart is a Canadian actor and magician. The role of “Thing” in the movie brings him closer to audiences. He has not been active in his acting career. Recently, he showed up in I Can See Your Voice on FOX, and made Zac loses $100,000 on a bet. Dan Hedaya played the film’s antagonist, crooked and indebted lawyer Tully Alford. So far, he has been active in his acting career and got many strives. His latest role is Granger in The God Committee. The stunning and mysterious Morticia Addams amped up Anjelica Huston’s acting career. She has played a plethora of award-winning roles. Last year, she acted as the narrator in The French Dispatch – a successful 2021 American anthology comedy-drama film. Jimmy gained myriad fans with his role as Pugsley. But he soon retired from acting after several roles. He is now working in the Teamsters Local 399, one of the trade unions that represent people who work in the film industry. At 11, Christina Ricci gained a huge number of fans thanks to her striking role as Wednesday Addams, who is known for her signature eerie deadpan. She is now 42 and has had many triumphs in her acting career. She is currently acting in the main role in the television series -Yellowjackets.