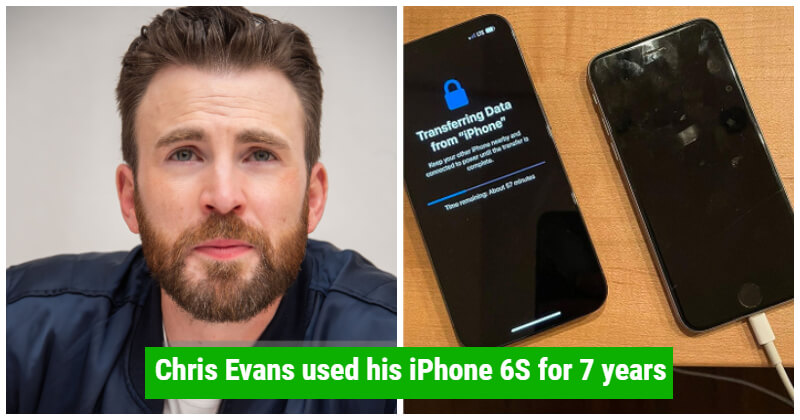 The term “celebrity” is certainly associated with fame and wealth. Some celebrities who are known as millionaires, always amaze us with their lavish lifestyles. Some never hesitate to buy a new fashionable outfit, a luxury car, or a mansion. There’s no surprise that they spend millions of dollars on a party or a vacation.

However, we’re all surprised that our favorite celebrities can be frugal, and refuse to afford a new phone until the old one completely stops working. Moreover, celebrities often hire someone to do housework and cook for themself. But some other celebs consider they are wasting money and never need that help. Indeed, it sounds like someone like us trying to save money as much as possible.

Today, we have compiled a list of 10 celebrities who did not let money get to their heads and remained as humble as ever. Let’s take a look at how similar they are to us. Scroll down and enjoy!

#1 Keanu Reeves takes the subway and passes his seat to a woman. It’s no doubt that Keanu Reeves is the most warm-hearted celebrity in Hollywood. In 2011, there was a video of him in the subway and it became viral. Reeve was simply sitting in the subway, and he offered to pass his seat for a woman when seeing her standing during the ride. He stands up without hesitation and continues the ride standing up.

#2 Chris Evans finally gave up his old phone after using it for 7 years. The actor, who is most known for his role in Marvel movies, never updates new phone versions. He was using an iPhone 6s for 7 years.
Evans wrote an Instagram caption when finally say goodbye to his old phone, “RIP iPhone 6. We had a good run. I’ll miss your home button. I won’t miss the nightly battle of trying to get you to charge. Or your grainy pictures.” The star of Buffy the Vampire Slayer, Sarah Gellar, confessed that she and her husband, Freddie Prinze Jr., always ask what products are on sale first and never refuse to use coupons. In her opinion, the “on-sale” products don’t mean something bad.

#4 When Lady Gaga became a superstar, she still lived in the same studio apartment just like before her fame. Lady Gaga said that she wont’t spend her money on anything if that doesn’t directly bother her. Her manager was even worried that she had lost her credit card. But it was unnecessary because the actor barely takes it.

#5 Jennifer Lawrence stated that she knows the value of money due to her upbringing. The Winter’s Bone star can afford a hotel, but she refuses to use a mini-bar in the hotel. She doesn’t waste money on overpriced items. That’s why Lawrence told in the 2013 interview that she still drives the same humble car and hasn’t bought a house yet. Although Julia Roberts is one of the biggest stars in Hollywood, she doesn’t have a nanny, a butler, or a chef, as many people think. Roberts told that many people were surprised that she often cooks for herself. Some even asked her: “How can you do that?”. She brilliantly responded that “hunger is a great motivator”. In an interview, Shailene Woodley revealed that her wealth and fam never change her lifestyle. So Woodley has not changed much since she starred in a few popular projects. Woodley said that she never spends too much money on anything.

#8 Halle Berry loves saving her money rather than spending it. The star of The Call said that while she is thankful for her fortune, she is always afraid that she could lose it right after that. So she loves saving her money rather than spending it on shopping. She is known as someone who “does not have 10 cars and a lot of diamonds.”

#9 Renée Zellweger’s colleagues commended her for being a humble person. While Renée Zellweger was playing a role in Bridget Jones’s Diary, her co-star Debra Gillett was surprised by the way Zellweger treat everybody else. Gillett told that Zellweger “sat around on boxes eating her lunch out of a disposable carton like the rest of the crew.” She made some jokes and was incredibly welcoming toward everyone. The singer Mick Jagger admitted he is a frugal person. He could simply throw away a computer if it breaks. But he spent so much time fixing it. He said he would make efforts to save his car before it broke down.