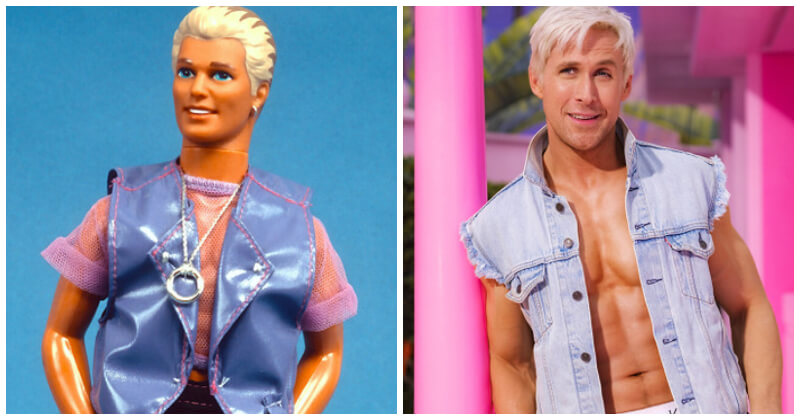 It’s the fact that some movies are based on books. Because people who love reading books are also curious about the characters in that book portrayed in a different way. When reading books helps our imaginations go wild, watching movies creates convincing and vivid characters. Hence, the movie industry often adapts stories that are created by best-selling books. Still, some actors nailed it and this movie became the most iconic adapting movie.

However, filmmakers are now widening the object of the film adaptation. It can be a game, a comic, or even famous dolls. It’s so exciting that the Barbie live-action film will be released in 2023. Now, the movie is inspired not only by the book but also by a famous toy line. Surely, a lot of people can’t wait to watch it.

Today, we love to share its teaser photo of Ryan Gosling and Margot Robbie with you and compiled a list of 10+ other favorite portrayals of the fictional characters.

#1 David Castañeda as Diego Hargreeves from The Umbrella Academy The movie is based on the comics of My Chemical Romance frontman Gerard Way.

#2 Shailene Woodley as Hazel from The Fault in Our Stars Hazel was known for appearing in the novel The Faulth in Our Stars by John Green before coming onto the Hollywood movie.

#3 Meryl Streep as Miranda Priestly from The Devil Wears Prada The movie was inspired by the 2003 novel The Devil Wears Prada.

#4 Neel Sethi as Mowgli from The Jungle Book There was a bunch of positive reviews to the live-action movies of the book and animated series The Jungle Book. The movie Love, Mom was based on the book named Simon vs. the Homo Sapiens Agenda, which was released in 2015.

#6 Liu Yifei as Mulan from Mulan The Disney movie Mulan which was premiered in 2020, is based on the same name cartoon in 1998.

#7 Ashley Greene as Alice from Twilight Twillight is insprired by the same name novel written by Stephenie Meyer. Muchael Cera starred in Scott Pilgrim vs. the World which was previously a series of graphic novels.

#9 Steven Yeun as Glenn from The Walking Dead The Walking Dead is a comic book series before it turned into a popular show. While another version fo Laurel Lance was portrayed by Kurnee Smollett Bell in the movei, Birds of Prey,  Katie Cassidy broght her to life first when she began playing her on the other show, Arrow.

#11 Ryan Gosling as Ken from Barbie Finally, the movie which is based on the popular toy line will come out in 2023.

#12 Margot Robbie as Barbie from Barbie Margot Robbie will portray the main character Barbie alongside with Ken.