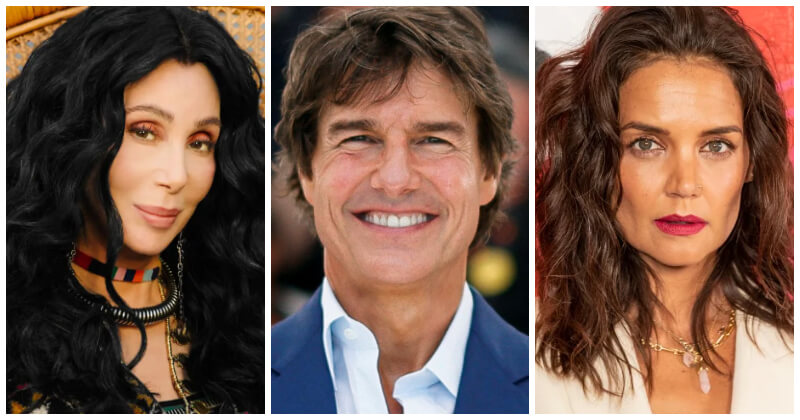 Breaking up and starting new relationships isn’t something new among celebrities. Plus, the circle of Hollywood isn’t as big as you think. The good old story of famous stars sharing the same ex happens way too often, to the point that it became a common concept in the community.

The young Hollywood dating environment is similar to high school in which everyone ends up going out with the same folks since there aren’t many potential suitors to select from. Of course, some celebrities choose to date non-celebrities, but I can see why Hollywood is such a closed community.

After all, how could an outsider manage the pressure and attention that come with dating a well-known person? Given that Hollywood adores a steamy love triangle more than anything else, there are definitely more celebrities than you may imagine who have shared ex-partners with other A-listers. If you’re curious to see who they are, scroll down and see for yourself.

#1 Amy Winehouse and Ashanti were both in a relationship by Nas. Amy and Nas were said to share a strong bond, although it was never considered a romance. They met in 2003 and discovered they were born on the same day a decade apart and shared something unique. When he met Ashanti in 2018, he found himself falling for another particular vocalist.

#2 Katie Holmes and Cher both had a deep relationship with Tom Cruise. While Tom’s relationship with Katie Holmes is well-known, few people are aware that the actor dated Cher in 1985, after meeting at Madonna and Sean Penn’s wedding. He was 23 years old, and she was 38.

#3 What do Mariah Carey and Rachel Uchitel have in common? Apparently not much, with the exception of Derek Jeter. Derek dated Mariah from 1997 to 1998, and she credits him with assisting her in remaining strong following her divorce from Tommy Mottola. Rachel and Derek dated briefly a decade later, before she became famous for her romance with Tiger Woods.

#4 Both Britney Spears and Elizabeth Taylor had controversial connections to Colin Farrell. Colin Farrell and Britney Spears seemed to date briefly in 2003, but his connection with Elizabeth Taylor before to her death in 2011 was supposedly more serious. They had “romantic” but never physical encounters, mostly during late-night phone conversations.

#5 Drake has been connected to both Serena Williams and Bella Hadid. Drake does not fit into any stereotype, as seen by his relationships with these two women. Drake stalked Bella for much of 2014. He was seen with Serena at various occasions in 2011 and again in 2015. From 1998 through 2005, John and Rebecca were married. He is now married to Caitlin McHugh, who is married to Jerry O’Connell.

#7 Alex Rodriguez met Bethenny Frankel and Cameron Diaz while they were both baseball players. Cameron Diaz and Alex Rodriguez dominated the news throughout their brief romance from 2010 to 2011. His brief romance with Bethenny Frankel in early 2009, just after his divorce from Cynthia Scurtis, was even more private.

#8 Lenny Kravitz was the subject of romances with Lisa Bonet and Adriana Lima. From 1985 through 1993, Lisa Bonet and Lenny Kravitz were married. Adriana Lima and Lenny were dating from 2001 to 2003, and they were temporarily engaged during that period.

#9 At various times throughout her life, Janet Jackson was drawn to both James DeBarge and Matthew McConaughey. Janet Jackson married James DeBarge when she was 18 years old. The marriage was canceled the next year after Janet realized she couldn’t assist James with his drug issues. In the years that followed, she experienced many ups and downs. She temporarily reunited with Matthew after meeting in 2002 when they were chosen to present a Grammy together. In 1992, JFK Jr. dated Sarah Jessica Parker for six months, a period in her life she nicknamed “the Kennedy debacle.” He was her replacement for Robert Downey Jr. It wasn’t until his George days in 1995 that he had a passing interest in models, the most noteworthy of which was Cindy.

#11 Harry Styles and Paris Jackson have both had relationships to Cara Delevingne. To be sure, these three young stars are part of a broader group of pals who frequently date inside their own circles. Harry and Cara hung together in the summer and fall of 2013, while she and Paris openly tested the boundaries of their so-called “flirty relationship” in 2018.

#12 The Game and Rob Kardashian both tried to have relationships with Blac Chyna. After her divorce from Tyga, Blac Chyna was linked to the Game in 2014. Rob and Chyna married in 2016 and had their daughter, Dream, before the end of the year. Unfortunately, the turbulent pair never regained their footing and divorced in 2017.

#13 What do Chrishell Stause and Lea Michele have in common? They both share the same ex, and his name is Matthew Morrison. From 2004 until 2007, Chrishell Stause dated Matthew Morrison and even got engaged before calling it quits. Later that year, when they were both on the Broadway circuit, he began dating Lea Michele. He wouldn’t portray her instructor on Glee until two years later. #15 Both Julian Lennon and Brian Austin Green got to know each other through Tori Spelling. In 1991, the son of John Lennon dated Hollywood heiress Tori Spelling. Around the same time, she was having fun with co-star and old friend Brian Austin Green.

#16 Max Ehrich has dated many stars, including Jennette McCurdy and Sarah Hyland. When Max Ehrich resided at home in New Jersey, he was still seeing Sarah Hyland. They really moved to Los Angeles together to launch their careers. Things peaked approximately a year later, in 2008. He apparently dated Jennette McCurdy briefly in 2010, but afterwards claimed they were simply pals. Brooke Shields had puppy love with Michael Jackson in the late 1970s and early 1980s, but she never thought of it as a romance. She had a short romance with Prince Albert II of Monaco in 1983.