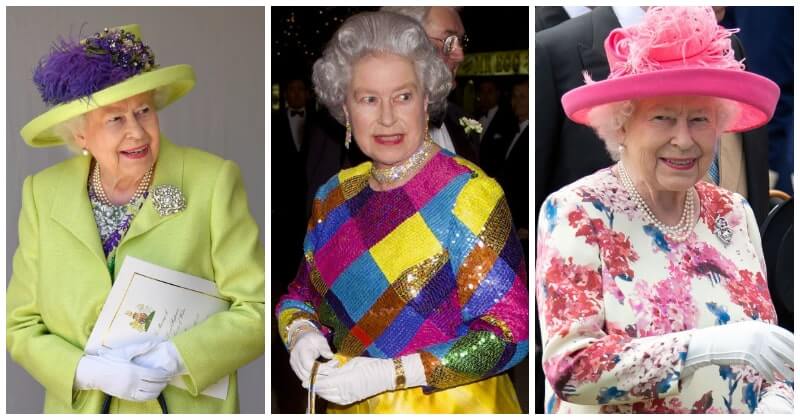 Queen Elizabeth II is known for choosing eye-catching dresses, brilliant coats, and formal attire for her public appearances. But do you know why she went with this look? In fact, whenever Her Majesty is out in public, the color she steps out in is more important than you might think. When standing in the crowd, wearing bright colors like yellow, Fuschia, purple, chartreuse, and periwinkle made the Queen easier to spot.

The Queen’s fashion has evolved into a powerful formula. It’s a style that has been honed and refined over the course of seven decades, thanks to trusted designers and costume experts. All the ensembles that Her Majesty has worn have been thoughtfully chosen and unforgettable in their own right. Who could forget her white coronation gown with embroidered details? Or the lime-green ensemble she wore to the royal wedding of Prince Harry and Meghan Markle in 2018? Even in her most casual outfit, Queen Elizabeth’s fashion exudes refinement and grace.

From her printed day dresses to her distinctive uniform of a vibrant coat dress and matching hat, over seven decades, the longest-reigning queen has always managed to maintain her statement-making ensembles current and stylish. Scroll down to see the most timeless ensembles that she has worn to date.

#1 Queen Elizabeth II smiles during a reception to celebrate the start of the Platinum Jubilee at the Sandringham House in 2022. #3 The Queen arrives at Balmoral Castle for her summer break, 2021. #18 The Queen wore the floral print dress for a performance at the Royal Opera House in 1972. #20 Queen Elizabeth II after dinner in the Louvre Palace, 1957