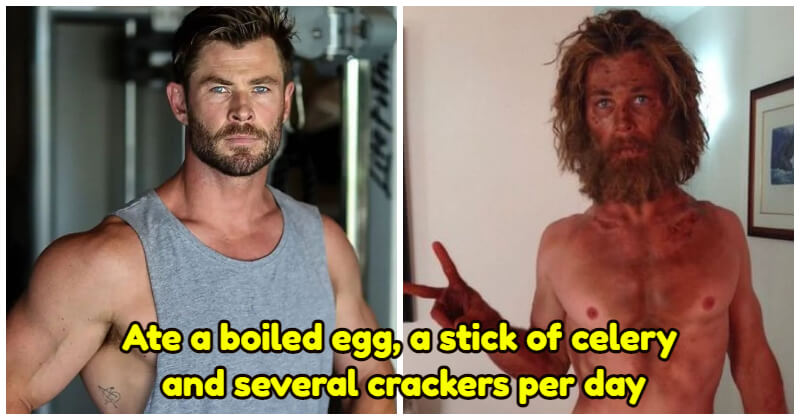 Being an actor can be a demanding job. Everyone looks at movie stars and just thinks about their money and glamour, but ignores that their actual work isn’t a piece of cake. Acting requires actors to have incredible amounts of skills and dedication. It requires actors to exactly deliver lines, follow cues, and immerse themselves into a role. It goes far beyond slipping into character to deliver lines or follow cues and wearing some make-up or even a fake mustache.

Many actors took their body transformations to the extreme, those who undertook vast physical and mental efforts to portray their characters in the best they can. Some are willing to go on dieting for months for a role-proper weight loss, some live with an excruciating muscle gain regime that requires six hours a day in the gym. Their hard work paid off. Many of them won prestigious awards for their works. In “The Machinist” (2004), Christian Bale played Trevor Reznik, a machinist with severe insomnia. The lack of sleep led to severe weight loss, so Reznik became extremely thin. Bale needed to look drastically thin to fit the character, so he underwent a dramatic body transformation. He followed a draconian diet that which he ate only one can of tuna fish and one apple per day for four months. 50 Cent shed nearly shed 60 pounds to play a football player who was diagnosed with cancer in the movie “Things Fall Apart”. The rapper shared he lost weight by going on a liquid diet and spending three hours a day on the treadmill for nine weeks. Jared Leto took on the role of Mark David Chapman in Schaefer’s film, “Chapter 27”. The actor packed 67 pounds onto his frame to better the killer’s doughy physique. By the end of filming, the extra weight had taken a toll that he couldn’t walk to the set. For his preparation as a war-ravaged photojournalist returning from Bosnia in “Triage”, Colin Farrell sunk to his lowest-ever weight. He only ate black coffee, diet coke, and tuna per day so he successfully lost 44 pounds.

#5 Chris Hemsworth – In the Heart of the Sea Chris Hemsworth said he lost around 15 pounds in the course of shooting the historical seafaring epic “In the Heart of the Sea”. The actor’s diet was steadily reduced throughout the production to convincingly depict starving men. By the time he began to shoot on the sea around the Canary Islands, he consumed just 500 calories a day that ate a boiled egg, a stick of celery, and a couple of crackers. Domhnall Gleeson got serious about looking like an emaciated prisoner-of-war in the Louis Zamperini biopic “Unbroken”. For his role, Domhnall Gleeson lost so much weight that his contact lenses stopped fitting. Matt Damon shared that he gained between 25 and 30 pounds in preparation for the role of Mark Whitacre in “The Informant”. Even though the weight gain was required for the role, that didn’t stop Damon’s friends from mocking him mercilessly.