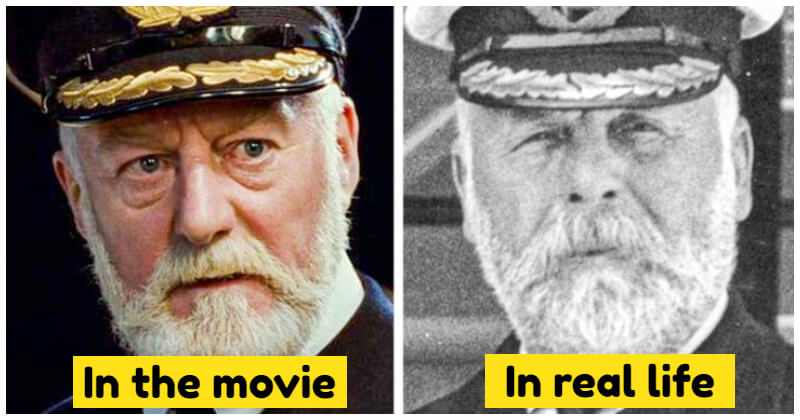 The Titanic, the luxurious steamship that sank into the North Atlantic Ocean, is one of the most famous tragedies in maritime history. In the early hours of April 15, 1912, it hit an iceberg, causing the deaths of more than 1500 passengers and crew. There’s a film adaptation of this event that was produced to commemorate all ill-fated people. In addition, Titanic has inspired countless books, and articles and the ship story has entered the public consciousness as a cautionary tale about the peril of human hubris.

Luckily, there were still 700 survivors of the terrible wreck. Some of them were wealthy people living in the early 20th century, and a few of them were the folks who worked on the ship. When getting back to the mainland, they were able to share the story of what happened on the ship.

If you’re curious about what Titanic passengers actually looked like in real life, scroll down to see. Margaret Brown was an American socialite and philanthropist and one of the survivors of the tragedy. When the survivors returned to the mainland, she made a list of survivors and looked for food and blanket for them. During her lifetime, people called her “The Unsinkable Molly Brown”. She was awarded the French Légion d’Honneur for her good citizenship, activism, and philanthropy in America. Edward Smith was the captain of the Titanic and perished when the ship sank on its maiden voyage. Growing up in a working environment, he left school early to join the merchant navy. He entered the service of the White Star Line, a prestigious British company, and became the most experienced captain. Joseph Bruce Ismay was the chairman and managing director of the White Star Line. In 1912, he came to international attention as the highest-ranking White Star official to survive the sinking while many women and children were still on board. For that, he received a lot of severe criticism. Although there was some evidence that he helped many passengers and took a free seat on the last lifeboat, he was considered a coward. Thomas Andrews was the naval architect in charge of the plans for the ocean liner Titanic. When he realized that the ship would definitely sink, he convinced the passengers to get into the lifeboats. Thanks to William Murdoch’s 16 years of experience, he became the first assistant to the captain of the Titanic. He was the officer on watch duty on the night of April 14, 1912. His irresponsibility caused the death of more than 1500 people. Frederick Fleet is one of the survivors of the sinking of the Titanic. He was the first person who sighted the iceberg and rang the bridge to proclaim. When he was interrogated by the American and British commissions, he said that the lookout officers didn’t have binoculars, so they didn’t see the iceberg. Charles Lightoller was the most senior member of the crew to survive the Titanic disaster. He was in charge of loading passengers into lifeboats on the port side, he strictly enforced the women and children to board the lifeboats. After the tragedy, he continued to work for the White Star Line. Archibald Gracie IV is known as a writer, amateur historian, and survivor of the sinking of the Titanic. When the tragedy happened, he helped Charles Lightoller put women and children into the lifeboats. After returning to New York, he wrote a book about his experience on the Titanic. John “Jack” Phillips, known as Jack, was the RMS Titanic”s chief wireless operator. Before the ship was struck by the iceberg, he sent out a distress signal. He didn’t stop the broadcast until the room was filled with water. Unfortunately, he didn’t survive. Ida and Isidor Straus were the wealthy passengers of the Titanic. While the ship was sinking, the officer let them both sit in the lifeboat. However, the couple refused because Isidor decided to do what other men did and Ida stayed with her husband on board. Wallace Hartley became famous for leading the eight-member band while the ship was sinking. He and his fellow band members played music to keep the passengers calm. Sadly, none of the musicians survived. The story of them playing to the end became a popular legend.