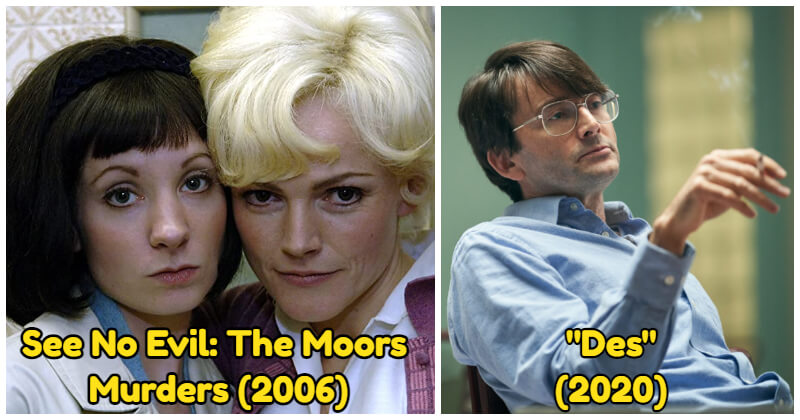 There have been tons of crimes that shock the world, and some talented producers have turned these unbelievable stories into TV dramas.

The explosion of mainstream TV adaptations of iconic real-life cases continues to pique our interest and obsession with horror.

While many producers make movies just for the sake of entertaining viewers, others provide a different approach to a historical period via a current lens, which may be both enlightening and educational.

We all know that the outbreak of the coronavirus pandemic in the last two years has delayed many projects, including the making of new true crime dramas. Therefore, in this post, we sum up a list of TV dramas that are based on real0-life crimes.

These movies explore crimes that horrified the world, from serial killers to multinational espionage. What is your favorite true crime dramatization?- Scroll down and check them out! This story is set in 1965 following MP Jeremy Thorpe’s public scandal. He was accused of hiring a hitman to kill his alleged former lover, Norman Scott. The comedy-drama was written by Russell T Davies and is based on a true-crime novel, which tells you everything you need to know. The series is based on Margaret Atwood’s novel, in which she added some fictitious plotlines to the true events. Alias Grace was an Irish woman who worked for a household in Ontario, Canada in the mid-nineteenth century. She was convicted of the murders of her employer and housekeeper, but other people doubted her guilt. This is the second season of Ryan Murphy’s true crime anthology series, which digs into the mindset and life of Andrew Cunanan, a young Californian who murdered five people in 1997, including Gianni Versace. The series depicts Versace’s life in the months leading up to his death, while Cunanan is followed from boyhood until his heinous murder spree. This series follows Janet Leach, a social worker, who gave birth to British serial killer Fred West. Fred confessed his crimes to Janet, and the series depicts her overall role in the case. Many documentaries have been made about Fred and Rose West’s unimaginable actions, but Appropriate Adult provides a unique perspective on the subject and reveals how many people were affected by the crimes. Dark Angel is based on the true story of Mary Ann Cotton, Britain’s first female serial killer. We’re given a fascinating real-time view of Cotton, who was convicted of murdering three of her husbands in Victorian times. This miniseries is set in the early 1980s. It digs into the horrifying acts of Dennis Nilsen, who lured at least 12 young men into his home and killed them. Nilsen, also known as the Muswell Hill Murderer, was arrested after his neighbors reported blocked pipes, which led to the finding of human remains in their drains. This story is both compelling and terrifying, and David Tennant does an excellent job of portraying Nilsen. This is the story of a charismatic man who revealed to Debra, the lady he was dating, that he was an anesthesiologist, and the two hit it off. It’s a true-crime drama and John’s presence has a devastating effect on Debra’s family. With all of the twists and turns, there are a lot of situations that seem too unbelievable to be true, but they are. Mindhunter is a true-crime drama that follows members of the FBI’s serial crime unit as they interview serial killers in order to better understand the psychology underlying their acts. It features criminal psychologists such as Charles Manson, David Berkowitz, and Dennis Rader, and is a must-see for anyone interested in criminal psychology. In the 1940s, John Christie and Timothy Evans lived in Rillington Place. Timothy was executed in 1950 after being convicted of the murders of his wife and young daughter, although he accused his neighbor John of the killings. Christie was discovered to be a serial killer a few years after his execution and admitted to murdering at least eight people, raising major doubt on Evans’ conviction. This is a cleverly complex story with three events, each told from the perspective of the two men and Christie’s wife, Ethel.

#10 See No Evil: The Moors Murders Ian Brady and Myra Hindley are two of the most well-known serial murderers in British history. The couple was revealed to have sexually assaulted and murdered a number of young people before burying them in Saddleworth Moor. The story is presented from the perspective of Hindley’s sister, Maureen, whose husband turned the couple in, in this first dramatization of the horrifying events. This drama is based on the well-known story of Gypsy Blanchard’s relationship with her mother, Dee Dee. For years, Gypsy and everyone else thought she was sick, but she soon realized that her overprotective mom had been lying all along. The Act is based on real events that led to the killing of Dee Dee and the imprisonment of Gypsy. The Moorside narrates the story of Shannon Matthews, a nine-year-old girl who disappeared and influenced the British public for weeks. The drama follows the police and volunteers who looked for Shannon before finding out that her mother, Karen, was involved in her disappearance. Gemma Whelan’s portrayal of Karen in Neil McKay’s film has been praised for presenting a side of the mother that hasn’t been shown in the news. This series chronicles the long search for Charles Sobhraj, a French serial killer suspected of murdering at least 20 tourists throughout Asia during the 1970s. The Serpent starts with Herman Knippenberg, a Dutch ambassador, who investigated the disappearance and murder of a Dutch couple and then moves between timeframes to show us how horrible Sobraj was. The story describes the life of Eli Cohen, one of Israel’s best spies who was convicted of spying and executed in 1965, in the years leading up to the 1967 Six-Day War between Syria and Israel. Unbelievable is based on a series of rapes that occurred in Washington and Colorado between 2008 and 2011. It tells the horrific story of Marie, a teen who was charged with making a false complaint after being forced by detectives who believed she was lying into retracting her statement. The series follows two detectives as they work nonstop to find the rapist and bring justice to the victims. For anyone interested in true crime, When They See Us is a distressing but necessary watch. The four-part series shows the terrible story of injustice and inhumanity faced by five New York teenagers who were wrongly convicted of rape in Central Park in 1989. This drama is set in 1985, about the deaths of June and Nevill Bamber, their daughter Sheila, and her twins, Daniel and Nicholas. The family was shot on the Bamber’s farm in Essex. June and Nevill’s son Jeremy, who lived a few miles away, were the only members who survived. The police initially believed Sheila had committed a murder-suicide, but something didn’t add up for DS Stan Jones. The documentary follows the inquiry and the devastating truths that are uncovered.