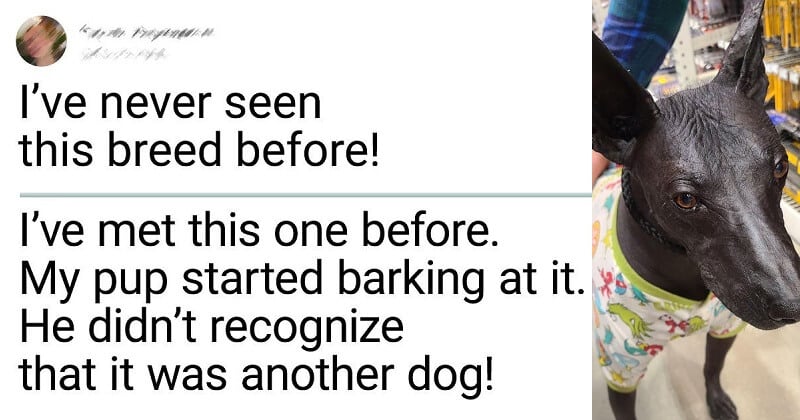 As the ultimate pet lovers, we have seen thousands of photos of cats and dogs. We have to admit that these furry friends are so adorable and beautiful. They have the power to capture our hearts completely. Although all animals are awesome, some are more unique and stunning than others. That’s why we’ve chosen some animals with amazing looks to share with you.

Looking at these unusual pets, you’ll be amazed by the fact that there are many cats and dogs with special looks. These sometimes very unsightly beings are even winning over the Internet’s heart. Take a break and go through these animal pictures, radiating all the best vibrations and emotions! #2 “I was told my new rescue pup has the rarest of ears. She’s a Malamute/Great Pyrenees mix.” #5 “I think your cat is one of the most photogenic and beautiful cats I’ve ever seen.” #6 “Why is this dog giving John Travolta vibes?” #7 “My girl has vitiligo. She was solid black when we got her.” “I’ve met this one before. My pup started barking at it. He didn’t recognize it was another dog!” © Anagatam / Reddit

#9 “Just adopted this stray kitty and he needs a name.” #11 “People say my dog Chevy looks like a meerkat.” #12 “I foster with my local shelter and received a litter with one kitten who has dwarfism. She’s half the size of her littermates!” #14 “Dexter and his abnormally long tail” #15 “Sometimes we wonder if Freyja has a spine.” #16 Too small for a comforter? “I refuse to believe this is a real cat.” © TahaymTheBigBrain / Reddit

#17 Look into my eyes, relax, get hypnotized… #20 The ghost of the forest We’re grateful to their owners that we were able to create this compilation. Does your pet have an impressive look? If you have your own unique pets, or, even better, photos of them, please share your pics in the comments!