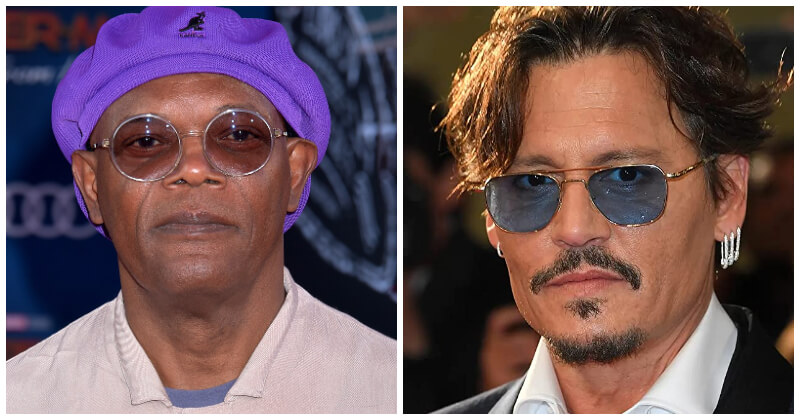 In Hollywood, Oscar Award is one of the most precious awards in the entertainment industry worldwide and it is a testament to the actors’ talents and determination. Each year, there are a lot of actors receive this prestigious award but at the same time, there are still many distinguished actors who have never won any Oscar Awards before, despite their successful careers. Are you curious about who they are? Let’s find it down in the press below! Jackon is one of the most recognized actors of his generation. He is a highly prolific actor, who has appeared in over 150 films. Nevertheless, he has never received any Oscar until recent times, when he reached 73. Audiences can easily name some famous films that Jackson starred in such as Unbreakable (2000), Kong: Skull Island (2017), etc William James Dafoe is an American actor who has taken part in various roles in numerous films. He is the recipient of various accolades, such as the Volpi Cup, and the Golden Globe Award but these didn’t include an Oscar. Despite his lack of luck, he continues to devote himself to the entertainment industry and stays humble as he is. Johnny Depp isn’t a strange name to the people who love and enjoy watching Hollywood movies. In the 2000s, he became one of the most commercially successful film stars by playing Captain Jack Sparrow in the Walt Disney film series: Pirates of the Caribbean. He is also a versatile actor who has acted in various types of films such as Finding Neverland (2004), Charlie and the Chocolate Factory (2005), Alice in Wonderland (2010), etc. Despite his successful roles in some of these films, he hardly ever received an Oscar Award. However, he didn’t mind much and strived for better acting to deserve the love of his audiences.

James Earl Jones is an American actor who has been described as one of the greatest actors in American history. His career spanned over six decades and there’s no surprise that Jones has won various awards. The strange point here is that he is not the winner of any Oscar Awards. Hopefully, he will receive the award that he deserves to win. If you are a fan of Sherlock Holmes, you must remember Cumberbatch. Benedict Timothy Carlton Cumberbatch is an English actor, who has received various accolades for his talented acting skills. Some of his famous roles include includes his performance as Stephen Hawking in the television film Hawking (2004), Hamlet at the Barbican Theatre, and Sherlock Holmes in the BBC series Sherlock from 2010 to 2017. John Malkovich is an American actor. He has appeared in more than 70 films and received many awards, including a Primetime Emmy Award. He also has been nominated for two Oscar awards but he was yet to win.

Charlie Chaplin is one of the film industry’s most important figures and a worldwide icon, who rose to fame in the era of silent film. We can easily name the list of his famous films such as The Gold Rush, City Lights, Modern Times, etc. In spite of his talent and his devotion, Chaplin never won an Oscar for either direction or acting. But you know, he didn’t need an Oscar to make people remember him because he has already won thousands of hearts across the world. Donald Sutherland is a Canadian actor who has carved a career of quality, diversity, and longevity over six decades. He has acted in a variety of films including Animal House (1978), A Time to Kill (1996), The Hunger Games (2012-2015), etc. Nevertheless, many film critics and media have cited him as one of the best actors never to have received an Oscar. Edward Norton is an American actor and filmmaker. He rose to fame due to various roles in the Hollywood industry. In 1996, his debut in the film Primal Fear earned him a nomination for an Oscar Award but he was yet to win it. Two years later, his role in American History X also gave him a nomination for an Oscar. However, as you know, he never won an Oscar. That’s so regretful! Liam Neeson is an actor from Northern Ireland. Have you ever watched Steven Spielberg’s holocaust drama Schindler’s List? I bet you know it. Well, Neeson rose to fame thanks to his leading performance as Oskar Schindler in that film. He continued to act in various films such as Love Actually (2003), Kinsey (2004), etc. Despite his talent, he just received some nominations for an Oscar in some films. What bad luck! Harrison Ford is an American actor who has been a leading man in films of several genres. His career spans six decades and we can remember some famous films that he acted in such as Star Wars (1977), Blade Runner (1982), Patriot Games (1992), etc. He has also received numerous awards, including the AFI Life Achievement Award and the Cecil B. DeMille Award, except for an Oscar. Woody Harrelson is an American actor and playwright. He has been nominated three times for an Academy Award — Best Actor for The People vs. Larry Flynt and Best Supporting Actor for The Messenger, and, more recently, Three Billboards Outside Ebbing, Missouri. He was yet to win but his talent is undeniable. Jackman is a famous Australian actor who has headlined films in various genres. For example, from 2000 to 2017, he starred as James “Logan” Howlett / Wolverine in the X-Men film series, a role which earned him the Guinness World Record for “longest career as a live-action Marvel character”. He continued to devote his talent to various films such as the romantic comedy Kate & Leopold (2001), the epic musical Les Misérables (2012), and the crime thriller Bad Education (2019). Despite his devotions, he just received an Oscar nomination. Robert Downey Jr. is an American actor and producer, who was named by Time magazine among the 100 most influential people in the world. He gained global recognition for starring as Tony Stark / Iron Man in ten films within the Marvel Cinematic Universe, beginning with Iron Man (2008). In the same year, his role in the action-comedy Tropic Thunder (2008), he earned a nomination for an Oscar Award for Best Supporting Actor. Ralph Fiennes is an English actor, film producer, and director. In 1993, Fiennes’s portrayal of Nazi war criminal Amon Göth in Schindler’s List earned him nominations for the Academy Award for Best Supporting Actor and Golden Globe Award for Best Supporting Actor. Three years later, his performance as Count Almásy in The English Patient (1996) also garnered him a second Academy Award nomination. However, from nomination to the truth, it’s a long way. Patrick Stewart is an English actor whose career spanned over five decades in various films. Some of his famous films are the X-Men series of superhero films, Hamlet, etc. He has been nominated for Olivier, Tony, Golden Globe, Emmy, and Screen Actors Guild Awards. However, the Oscar winner’s list doesn’t include him. Clinton Eastwood Jr. is an American actor, film director, and producer. He rose to international fame with his role as the “Man with No Name” in Sergio Leone’s “Dollars Trilogy” of Spaghetti Westerns during the mid-1960s. Eastwood also won an Oscar Nomination for Best Actor. However, the distance between nomination and winning is a far way.

All The Hurts Taylor Swift Suffered All The Time, Revealed In “Midnights” Album

Is Sing 2 Cast The Best Cast Ever? These 5 Actors’ Career Will Let You Know