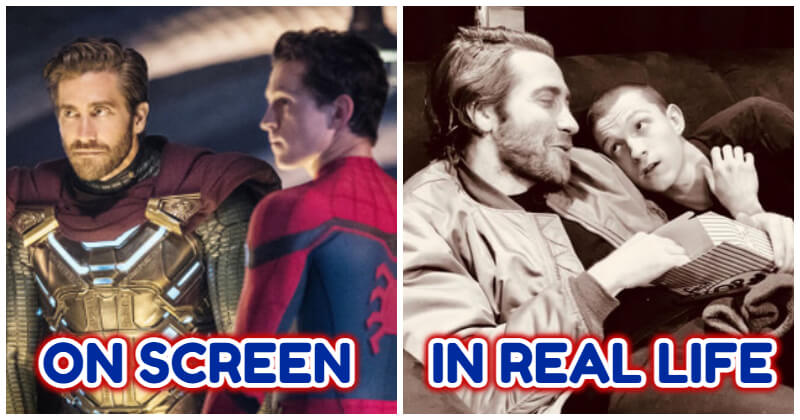 Some actors deliver performances so greatly that people believe that they hate each other so much. From Vanessa Hudgens and Ashley Tisdale in “High School Musical” to Tom Felton and Rupert Grint in the “Harry Potter” films, they are known as enemies in their movies. However, this is not what happens off the set.

Some actors who play enemies on-screen are best friends in real life. Certainly, their brilliant acting skills make the audience believe that they oppose each other in every way. Hundreds of hours working together seem to help them understand each other and become close friends when the camera is off.

Today, we have compiled a list of duos that are rivals on the big screen yet are buddies in real life. Tom Cavanagh portrayed the protagonist while Grant Gustin play the antagonist in the series Flash. However, they are buddies when the camera’s off. Grant Gustin said that he burst into tears when Tom came to his wedding, and he calls Cavanagh his “friend and acting mentor (unofficially).” Lena Headey and Peter Dinklage know each other long before they played sibling roles in Game of Thrones. Now, they continue being good friends. Peter introduced Lena to the Game of Thrones producers. That’s how she got the role. Tom Holland and Jake Gyllenhaal became buddies after starring in Spider-Man: Far From Home, where Tom portrayed the protagonist Peter Parker and Jake Gyllenhaal played the supervillain, Mysterio. They stood against each other in the film, but the two kept sharing their lovely photos on social media. The characters of the two were on opposing sides in the series Once Upon a Time, specifically the roles of Evil Queen and Snow White. But in real life, their relationship is extremely close. Once, Lana congratulated Goodwin on the success of her new project Zootopia, saying the recognition is “much deserved”. Benedict Cumberbatch and Andrew Scott played enemies in the BBC series Sherlock. But they are close friends in real life. The two also took the role of Hamlet in different projects. Just like teenage dramas, the characters of Camila Mendes, Lili Reinhart, and Madelaine Petsch in Riverdale go through a lot of hardships in their relationship. And in real life, they have a good relationship. Camila Mendes said that all three of them went through the break-ups at the same time, but it made them closer to each other.

#7 Lupita Nyong’o and Michael B. Jordan The rivalry of Lupita Nyong’o and Michael B. Jordan was only on-screen in the Marvel movie Black Panther. In real life, they have a close relationship. Michael B.Jordan has spoken out that they have “known each other for a long time” and that he “loves [Lupita] to death”. Hugh Jackman and Russel Crowe were on opposing sides in the Les Misérables. When the camera is off, however, they are real buddies. Indeed, Hugh Jackman thinks he owes his career to Russel Crowe because Crowe gave him much valuable advice on portraying his biggest roles in Les Misérables (2012) and Prisoners (2013).