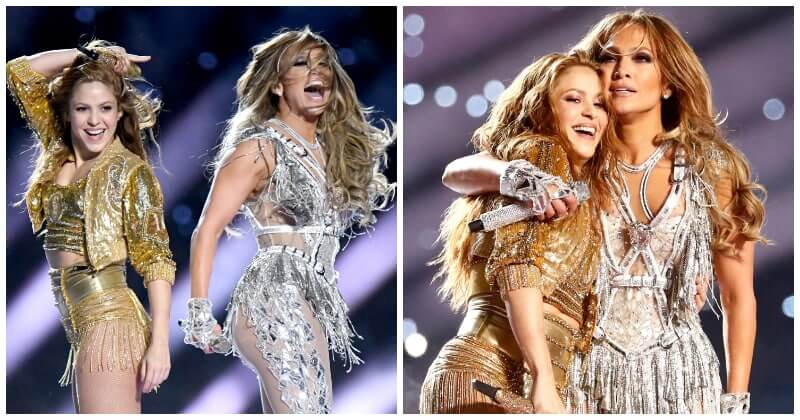 Jennifer Lopez looked gorgeous in the 2020 Super Bowl Half Time in Miami, Florida, alongside three-time Grammy-winning Colombian Shakira. This is the first time that two Latina women have performed on a huge stage together.

Lopez said the event would be a “perfect moment” in her life, and it was a “great time for a Latina woman to take the stage … with everything that’s going on in the country right now.”

And Shakira, who kicked off the performance with a fiery rendition of “She Wolf” also showed her excitement about the ideal combination. Just a few days ago, Jennifer Lopez released her Netflix documentary Halftime at the Tribeca Film Festival. And People were surprised that she was unhappy when sharing about her time on the stage with Shakira in 2020. In the documentary, Lopez had a much different opinion on her co-performance with Shakira. The actor and singer revealed her thoughts to her music director Kim Burse.

“We have six f*cking minutes,” Jennifer told her music director, Kim Burse, in the doc. “We have 30 seconds of a song, and if we take a minute, that’s it, we’ve got five left. But there’s got to be certain songs that we sing, though. We have to have our singing moments.” She faced big trouble with the limitation of time when she was performing. Because there are two big stars on one stage, the producer should give them at least 20 minutes.“If it was going to be a double-headliner, they should have given us 20 minutes,” she says. “That’s what they should’ve f*cking done.” Compared to other Super Bowl shows, both Madona in the 2012 show and Lady Gaga in the 2017 show performed for about 14 minutes. And this year’s halftime show, Dr. Dre, Snoop Dogg, Mary J. Blige, Eminem, and Kendrick Lamar were also given nearly 14 minutes as the featuring roles. Therefore, she wasn’t the only person who was disappointed with the NFL’S decision to invite two superstars to the one-time slot. Her manager even called it “an insult.” “Typically, you have one headliner at a Super Bowl,” Benny said. “That headliner constructs a show, and, should they choose to have other guests, that’s their choice. It was an insult to say you needed two Latinas to do the job that one artist historically has done.” Now, here comes a necessary drama to the Super Bowl halftime. But Jennifer’s exasperation seems to be aimed more at the NFL for not giving her enough stage time than at Shakira, who shared the stage with her. 16 Unique Celebrity Looks That Made a Fashion Statement