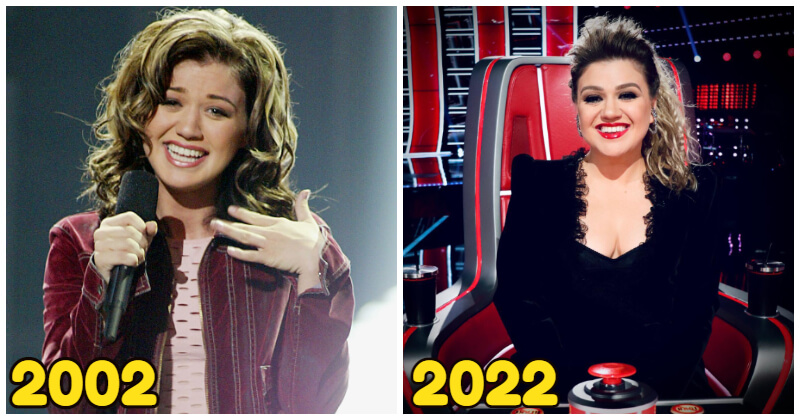 Have you ever heard of or seen the television show “American Idol”? It’s a popular show that paved the way for ordinary people with musical talents to pursue their musical dreams. The series premiered in 2002 on Fox with a star-studded judging panel consisting of Simon Cowell, Paula Abdul, and Randy Jackson. The show featured a large group of amateur singers who were all competing for the title of “American Idol” as well as a recording deal with RCA Records. It’s hard to believe, but it’s been 20 years since the first season of American Idol aired.

Now that “American Idol” has had a lot of seasons, fans have been reminiscing about their favorite contestants—but nothing beats the gang assembled for the show’s very first competition! From Kelly Clarkson to Tamyra Gray, the 2002 contest was full of powerhouse singers.

Of course, the winner of season 1 of “American Idol,” Kelly Clarkson, has gone on to much success. But what happened to the other finalists? Do you want to know more? Let’s scroll down and discover! After winning the first season of “American Idol,” Kelly Clarkson has become one of the show’s most successful alumni. She has nine studio albums under her belt and has sold over 25 million copies. She’s also worked as a coach on “The Voice,” given her voice to films, and had her talk show. Kelly claims that she had no idea how much the show would affect her life when it first aired. Christina Christian, who married and now goes by Christina Crewe, has changed careers and currently works as a technology consultant after reaching sixth on “American Idol.” She now works as a Senior Strategic Account Director for a company. A year after the finale of “American Idol,” Jim Verraros self-released his debut album, “Unsaid and Understood.” Following that, he signed with Koch Records and re-released his debut as “Rollercoaster.” Jim came out as gay shortly after his season finished, starring in the gay comedy “Eating Out” and its sequel “Eating Out 2: Sloppy Seconds.” In 2011, he released his second album, “Do Not Disturb,” which he stated would be his final record.

Jim got married in late 2021 and is now a recruiter for Akamai Technologies. Kelly Clarkson is still one of his closest buddies. R.J. Helton followed up “American Idol” with the release of “Real Life,” a Christian album that charted at #14 on Billboard’s Christian Music chart. R.J. attended numerous “American Idol”-related events and tours throughout the years, but he never made another album. He’s moved on from the spotlight and is now living a normal life. A.J. Gil went on to acquire a five-year contract with New Artist Entertainment and star in the independent film “Destination Fame” as the youngest competitor on the inaugural season of ” American Idol.” He moved to California to study audio engineering at the Los Angeles Recording School after things with his management didn’t work out.

A.J. made the transition to Christian music along the way, and he is still working on it now. He is currently married and the father of a girl. Justin Guarini, the runner-up on “American Idol,” signed with 19 Management and RCA Records after the show ended. His self-titled debut album was published in 2003, and despite its failure, he began his career as a Broadway star. He’s since published several additional albums and featured in several musicals, including “American Idol,” “Wicked,” and a modern adaptation of William Shakespeare’s “Romeo and Juliet.” He’s also the author of “Audition Secrets,” a guide for aspiring actors and singers, which has become a best-seller. Tamyra Gray’s fourth-place finish allowed her to launch her career in the entertainment industry. Shortly after the show wrapped, she signed with “American Idol” creator Simon Fuller’s independent record label, 19 Records, and released her first solo album, “The Dreamer.” Since then, Tamyra has found success as a songwriter and an actress, landing her first role in “Boston Public” in early 2003. She’s also appeared on Broadway on several occasions, including a role in “Rent.” She most recently starred in several local stage productions but spends much of her time raising her children with husband Sam Watters, including their daughter born in 2021. Ryan Starr signed a contract with RCA Records after finishing “American Idol,” but it delayed her career for more than two years. Ryan later revealed that she didn’t agree with the label’s plans for her career and that getting out of her contract involved a three-year court struggle. Ryan then went on to host shows on MTV and VH1, as well as release her first single, “My Religion,” which reached number one on the Billboard Hot Digital Songs chart in the United States. Then Ryan chose to stop making music, presumably owing to exclusivity issues with iTunes.

Ryan currently operates the She is Ryan fashion blog and posts about her life on Instagram and YouTube. Ejay Day returned to working as a cruise ship entertainer after being ousted from “American Idol.” He went on to record several singles but no album. Ejay isn’t very active on social media, but his YouTube channel shows that he’s still performing aboard cruise liners. Nikki McKibbin signed a record deal with RCA Records after finishing third on “American Idol,” but she and the label had a falling out over her professional path. In 2007, she was finally able to release her debut album “Unleashed” through Astral Records. Nikki continued to appear on shows like “The Fear Factor,” “Battle of the Network Reality Stars,” and “Celebrity Rehab with Dr. Drew” after seeking treatment for her alcohol and cocaine addiction in 2008. In 2014, she went back to her “American Idol” origins by accompanying her 15-year-old son to his audition for the show.

Nikki lost away in 2020 after suffering a brain aneurysm.