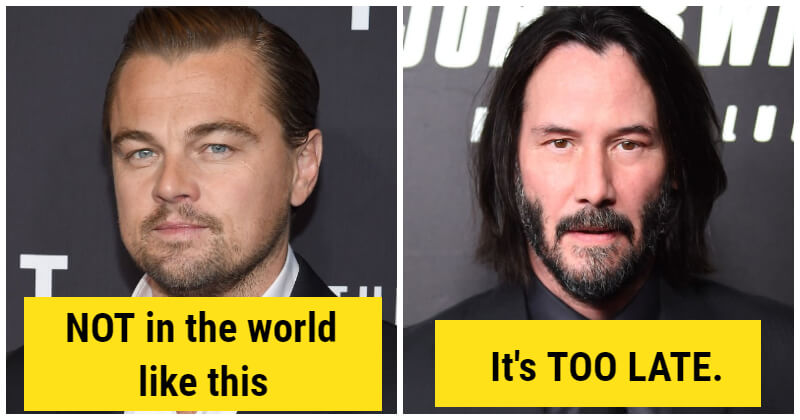 Nowadays, more and more people prefer children-free life to ordinary family life. There are many reasons, such as lacking nurturing instincts or interest in kids. Still, others said they want to focus on their careers. Whatever the reason might be, they feel happy to make their own decisions. Keanu Reeves is an example. He might never think about having his children anymore. We all sympathize with what Reeves went through in the past. He also proved that procreation shouldn’t be the ultimate goal of human beings.

All in all, we have the right to decide what will come up in our life. Choosing a child-free life is just a decision, and it shouldn’t be judged. Thanks to our celebrities who outspoke their opinion about children-free life, people are promoting more understanding of it. These celebrities spoke up about their personal choices without fear of getting judged. Here are their stories. Let’s scroll down and enjoy! Keanu Reeves became a father at the age of 36. Unfortunately, he lost his baby in the 8th month of pregnancy. “It’s too late. It’s over. I’m 52. I’m not going to have any kids.”, he said five years after the incident. He decided to do nothing to change the reality. In a 2018 interview, Sarad Paulson said that she didn’t want to be a mom. She added that it sounded selfish but this word got a bad rap. “I don’t want to be torn.”, she admitted. Dolly Parton always loves children and spends her time playing with them. But she decided to not have kids. She revealed, ’’I grew up in a big old family with eight younger kids.’’ She added, ’’I often think it just wasn’t meant for me to have kids, so everybody’s kids can be mine.’’ In 2007, the 76-year-old actress Helen Mirren revealed, “I’m just not interested. I’ve no maternal instinct whatsoever. And I don’t think I’m so unusual.’’. For that moment, we knew that she would never experience motherhood.

“I’m so happy I don’t have children. But I do love children, and I’ve got family.”, she added. Ricky Gervais worried about his responsibilities when he had children. He also explained that the world is overpopulated. When asked whether Jared Leto has plans for kids, he said not to want to be a father.  Becoming a dad means having a big responsibility that he wouldn’t feel ready for that.

“I think it’s really important to be present if you have children. I have a lot of things to take care of.”, he revealed. Winona was honest about her decision that she wouldn’t have kids when she was 42. Her dad told her that there are different ways to have children in her life. Although the 68-year-old talk show host Oprah Winfrey has been in a relationship with her partner for 36 years, she would never be ready to have kids. Anyway, she would also regret her decision. Ashley Judd revealed that she just wasn’t ready for motherhood. It was about her personal choice and also made her identity.

She noted, ’’I do not need to go making ‘my own’ babies when there are so many orphaned or abandoned children who need love, attention, time, and care.’’ Leonardo DiCaprio answered the question of having a kid, “Do you mean do I want to bring children into a world like this?” The star of ‘The Wolf of Wall Street seems not to have any plans for kids. But his decision wasn’t unchangeable. “If it happens, it happens.’’, he added.