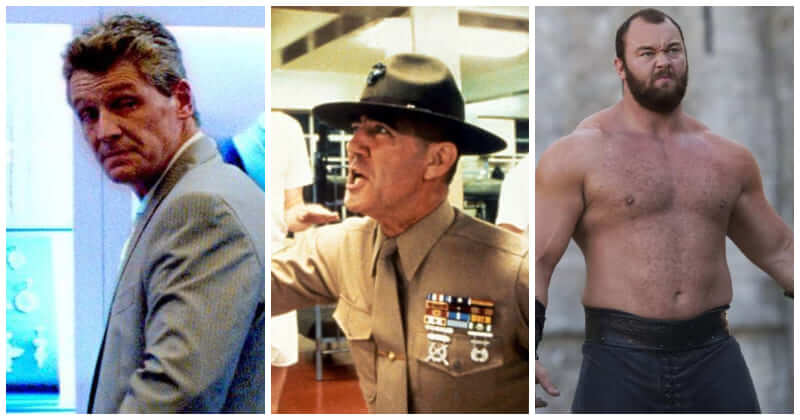 It’s always exciting to come across different villain portrayals that succeed. Many actors consistently and convincingly play villains. Jeremy Irons, Christoph Waltz, and Jared Leto are three actors who frequently play antagonists onscreen. We know they’re terrific at it, so when we see them, we expect good work.

Much more startling is when non-actors play baddies and give us goosebumps. There’s something quite powerful about actual individuals playing villains. The people listed below come from a variety of backgrounds. Some were already well-known in disciplines other than acting. Others were ordinary folks who were cast in major motion pictures or television shows. Regardless of where they originated from, they all did an excellent job playing nasty personalities.

Which of these non-actors who played stone-cold villains nailed it the most?

#1 Wayne Newton in Best of the Best II Wayne Newton has long been known as “Mr. Las Vegas” because to his prominence and success as a performer on the Las Vegas Strip. Nobody is more associated with Vegas than he is. Newton also produced hit records. One of his most well-known songs is “Danke Schoen,” which was revived after appearing in the famous ’80s comedy Ferris Bueller’s Day Off.

Newton spent so many years in Vegas that it’s reasonable to say he saw his fair share of questionable behavior to draw upon. The Hartford Courant’s Owen McNally thought Newton was the film’s only highlight, saying, “Oozing oodles of hilarious sleaze, Wayne Newton is the sole asset for Best of the Best II.” Howie Long needs to be included on any list of all-time football greats. In 1984, the former Oakland Raider helped lead his squad to a Super Bowl victory. He’s also in the Pro Football Hall of Fame. He later rose to prominence as a Fox Sports sports analyst.

Long made his film debut in John Woo’s 1996 action film Broken Arrow, where he plays the right-hand guy to John Travolta’s villain. The producers phoned him to audition, much to his astonishment. He decided to meet with Woo and seriously consider the part after a rewrite. That meeting went so well that Long agreed to join. His performance as Master Sergeant Kelly, the towering and homicidal henchman who assists Travolta’s character in obtaining a bomb, was flawless. Robert Goulet was a singer who had a six-decade career. Then, in 1982, he appeared as a “special guest star” in an episode of the short-lived TV sitcom Police Squad!, which was created by the same people who created Airplane!

Police Squad! was adapted into the film The Naked Gun in 1988, which became a box office success. Goulet was brought back for the sequel, The Naked Gun 2½: The Smell of Fear. He plays Quentin Hapsburg, an oil executive who competes for the love of female lead Priscilla Presley with star Leslie Nielsen. Goulet’s ability to play the wacky comedy straight is admirable, making him an ideal foil for Nielsen’s Detective Frank Drebin. It was difficult to make an impression in Uncut Gems. Nonetheless, Keith Williams Richards stood out as Phil, the enforcer for loan shark Arno. We believe the danger is real every time Phil threatens Sandler’s character. Despite not being the major antagonist, he is a convincingly evil force in the picture.

Richards’ first acting role was in Uncut Gems. Prior to that, he worked as a carpenter and was a first responder at Ground Zero following 9/11. According to him, he got the job of Phil through pure chance. “Killer Bob” is a dangerous entity who emerges from the Black Lodge in the TV series Twin Peaks and the follow-up film Fire Walk with Me. He’s usually observed hanging around whenever something bad happens. He was the one that possessed Leland Palmer and forced him to murder his own daughter, Laura.

Frank Silva played Bob, which marked a big career shift for him. Silva worked as a set dresser. He inadvertently imprisoned himself while dressing a set for the Twin Peaks pilot by putting a chest of drawers in front of a door. Lynch captured Silva kneeling down, staring beneath Laura’s bed’s footboard. Something about it seemed unsettling, so Lynch chose to incorporate it in a scenario in which Laura’s mother has a horrible hallucinatory vision.

#6 Felicia Pearson in The Wire Felicia Pearson had a tough childhood. As a child, she was placed in foster care due to her parents’ substance abuse. Then there was a fight with a 15-year-old girl. Pearson was sentenced to eight years in prison for the killing after fatally shooting her.

Her destiny was altered when she met actor Michael K. Williams in a nightclub. He was intrigued by her and suggested she audition for a position on his television show The Wire. Pearson was cast as “Snoop,” a Chicago heroin dealer with a nasty bent. Her genuineness in the character was truly terrifying, letting her stand out among a cast of top-tier professional performers. When he played the vicious internment camp guard in Unbroken, most Americans had never heard of Miyavi. In his home Japan, though, he was a household name. Miyavi is a well-known rock musician who has achieved considerable success The opportunity to act in a major Hollywood film, came as a surprise to Miyavi. Director Angelina Jolie, wanted to hire someone who was comfortable playing in front of enormous crowds, and a rock star was the perfect fit.

Miyavi’s performance as “The Bird” is unsettling because you can feel the venom flowing from this man. Jolie assisted her star in shaping the act.

#8 Richard Dawson in The Running Man Prior to playing the malevolent game show host in The Running Man, Richard Dawson performed some acting. He was best known as a co-star on the sitcom Hogan’s Heroes. For years, though, his only job was that of a real-life game show host. He was on Family Feud from 1976 to 1985 and returned for the 1994-1995 season. To this day, the program is what he is best known for.

Dawson’s background made him an excellent fit for the role of Damon Killian, the host of a lethal game show in The Running Man. The audience’s familiarity with Dawson from Family Feud gave his act an air of authenticity, making him a plausible enemy for star Arnold Schwarzenegger. No one who has seen Deliverance will ever forget the terrifying mountain men that torment the film’s four heroes. Herbert “Cowboy” Coward is the most memorable of them. He’s “Toothless Man”.

The role of Coward came about by chance. He was working as a gunslinger in one of the performances at the Ghost Town theme park in North Carolina. It was there that he met Burt Reynolds. When the producers of Deliverance required someone to play a backwoods resident, the actor remembered an old acquaintance and introduced him to the role. You don’t want to come across Hafór Jlus Björnsson in a dark alley. On the other hand, you couldn’t ask for a better ally in a fight. For ten years, the 6-foot-9-inch powerlifter held the title of Iceland’s Strongest Man. Despite having no acting experience, Björnsson had the proper look for HBO’s Game of Thrones. He was cast in the role of “The Mountain,” a gigantic laconic warrior notorious for his ferocity. He was physically excellent for the job, making a terrifying impression in every episode in which he appeared. When Barkhad Abdi was seven years old, his family fled Somalia. They traveled to Yemen, then to America, eventually settling in Minneapolis, Minnesota. He worked as a chauffer in the city as a young guy, driving people around in a limousine.

Abdi auditioned with three of his pals for the Tom Hanks film Captain Phillips, which was looking for Somalis to play pirates in this tragic true story. To his astonishment, he earned the co-leading part of Muse, the pirate who leads the hijacking of a US cargo ship out of desperation. Muse is given a terrifying combination of wrath and dread by the performer. R. Lee Ermey enlisted in the Marine Corps. He retired after a 14-year career and devised a plan to work as a military counselor on film sets before transitioning into acting.

In Stanley Kubrick’s Full Metal Jacket, he played Hartman, a drill instructor who terrorizes his soldiers with extended, terrifying sequences of filthy remarks. Because of Ermey’s ability to draw from his own experience, Hartman feels unmistakably like an actual drill instructor.