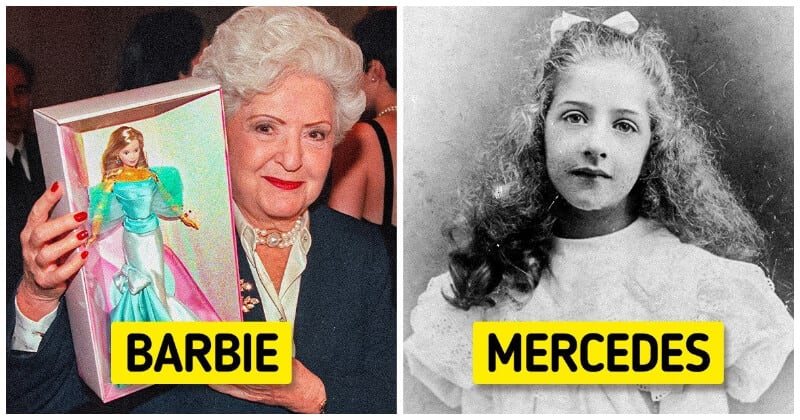 Assume you’re an entrepreneur considering the ideal name for your company or brand. You might choose to name it after a specific person or group of people. Why don’t you name it after yourself? You might even use your beloved wife’s name, your lovely children’s names, or the combined names of the shareholders of your business or corporation, which includes your name. Your company’s identity will be carried by your trade name. It will be remembered by your customers, employees, investors, and other interested parties.

Do you know that some of the world’s most prominent brands and most significant companies, such as Barbie, IKEA, Adidas, and Mercedes, are all named after people?

To know more, scroll down and discover how these 9 famous brands were christened: Ruth Handler named the Barbie doll after her daughter – Barbara Millicent Roberts. After watching her daughter and friends playing with various dolls, she made the doll. And the history begins. The history of the brand Lacoste started when René Lacoste had a friend embroider a crocodile into one of his white jackets. Réne was one of the most famous tennis players of all time. Because he was so big, people started calling him “the crocodile.”. And that’s the icon of this famous brand. IKEA was founded by Ingvar Kamprad. He began by selling inexpensive matches, one of the most commonly used home goods. He then let his imagination run wild. In a humble workshop in London, two guys with a passion for vehicles founded Aston Martin in 1913. Lionel Martin and Robert Bamford pushed their passion to the next level by designing and manufacturing their automobiles.

The history of Aston Martin as we know it today is interesting. In one of the cars they had created, Lionel Martin competed in and won the “Aston Clinton Hill Climb.” As a result, his surname, “Martin,” was added to the name of the race he won, giving them a brand name. Lipton was founded by Thomas Johnston Lipton, who had a tea business in 1887. Ben & Jerry’s, the well-known ice cream company, was founded in 1978 by Ben Cohen and Jerry Greenfield. It all began at a small gas station in Burlington, Vermont, that they converted into a business. The couple put up $12,000 to realize their goal.

They gradually increased their ice cream production and began distributing it to several restaurant chains. The first dedicated shop was established in Shelburne, Vermont, in 1981, due to high demand. The rest, as they say, is history. Michael Jordan was motivated by the well-known brand Nike to collaborate on a new range of shoes. The series would be known as “Air Jordan,” and its first pair, designed specifically for basketball players, would be released in 1984. It wasn’t easy to publicize them, however.

Basketball players were required to wear only white sneakers on the court at that time. Nike, on the other hand, agreed to pay the $5,000 punishment each time Jordan wore them in a game. This succeeded, and the first $50,000 pairs were quickly sold out. The sneakers kept coming after that. Adi Dassler began his career in his mother’s washroom in Germany, to provide athletes with the greatest equipment available. So he established “Gebrüder Dassler Schuhfabrik” in 1924.

In 1954, when Germany and Hungary fought head-to-head and Germany won while wearing Dassler equipment, the brand skyrocketed. As a result, the brand received so much attention that it evolved into what we know today. Mercedez-Benz was founded by Emil Jellinek and Karl Benz. The “Mercedes” part of the company was actually named after Jellinek’s daughter.