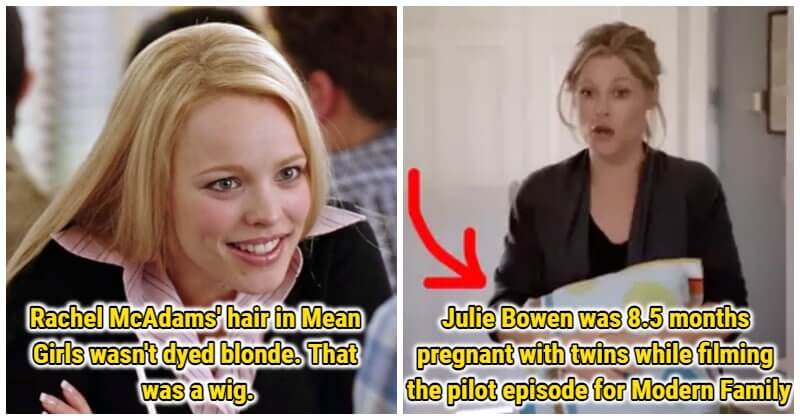 We all know a movie might be fictional. Actors are meant to make people believe what they see in the movies. Sometimes they work so brilliantly that we can’t realize they’re lying.

Who can believe Julia Robert’s head was photoshopped onto Shelley Michelle’s body in the Pretty Woman movie poster?  It is commonly done for some movie and TV posters if the actors aren’t available for the poster shoot. Anyway, this poster actually fools me once with its image. And here is the sound fool. In A League of Their Own, the character of Dottie was played by two different actresses: Geena Davis as young Dottie, and Lynn Cartwright as old Dottie. No one can realize their voice difference.

Let’s scroll down the find the truth behind the movie which would make you a fool.

#1 Julia Roberts’ head was photoshopped onto someone else’s body in the Pretty Woman movie poster. #2 Wendy Makkena, aka Sister Mary Robert from the Sister Act movies, lip-synced all of her character’s singing. #4 Julie Bowen was 8.5 months pregnant with twins while filming the pilot episode for Modern Family. #5 And Shirley Henderson was 35 years old when she started playing Moaning Myrtle, a 14-year-old, in the Harry Potter movies. #6 Toni Collette is actually Australian. She’s just been acting with an American accent for decades. #10 Humphrey Bogart was two inches shorter than Ingrid Bergman, so he wore platform shoes, stood on boxes, and sat on cushions to appear taller in Casablanca.

#11 The character of Thackery Binx in Hocus Pocus was played by two different actors as well. #12 Haylie Duff, Hilary Duff’s sister, was actually the one who provided the singing voice for Isabella in The Lizzie McGuire Movie. #13 All of the babies from Rugrats were voiced by women.

#14 Rachel McAdams’ hair in Mean Girls wasn’t dyed blonde. That was a wig. #16 Phylicia Rashad was pregnant during Season 3 of The Cosby Show, and it became a running gag to see what ridiculous props they could use to cover her baby bump. #17 Finally, in A League of Their Own, the character of Dottie was actually played by two different actresses: Geena Davis as young Dottie, and Lynn Cartwright as old Dottie.