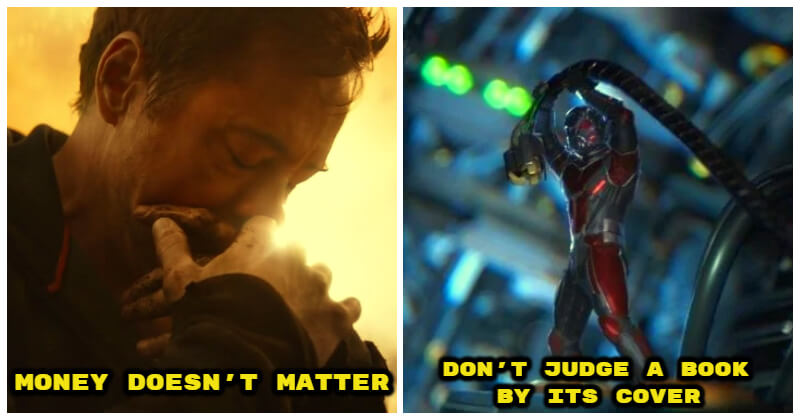 With nearly 30 released movies, MCU has been gaining successful resonation from the critics and the audience. There are multiple reasons why they can have this achievement, such as top actors and actresses, cinematic effects, or a mixed sense of action and humor. But the most impressive thing that indeed carved into the audience’s mind is the life messages from the movies.

Not only do Marvel movies satisfy people’s eyes and ears, but they also bring along moral values and life lessons that people can think deeper and have a pensive moment. As a result, they can bring the audience both entertaining and educational purposes, which leave a huge impression on viewers. Below are ten life messages and lessons derived from nearly 30 Marvel movies so far. One thing that fans can learn from MCU movies is that time is fleeting and precious. People too often waste their time wishing they could change the past, but fantasizing about changing the past doesn’t solve anything nor does it change the present. Both Bruce Banner and Steve Rogers went through drastic transformations that changed their physical state. Both have learned to accept and even embrace their new selves. Bruce struggled with his Dissociative Identity Disorder and had to learn to live with The Hulk being a part of him, and Steve accepted his Captain America transformation as a “new and improved” version of himself. The MCU started with minimal variation in its characters. And this variation is a bright sight for both Marvel fans and casual audiences. Witnessing BIPOC and female characters who have the same power and intelligence as Iron Man or Captain America is positively impactful to the audience. The meaning is that there is no need for a superpower to be good, but that people need to make good use of their own abilities to do good. Individuals should use their skills to have a better impact on the world. We can see the ups and downs of Tony Stark from his story in the MCU as a selfish billionaire, he wouldn’t have evolved into the man he was without love. The love he lost from his late parents was much more valuable than money: Pepper, his daughter Morgan, and the fellow heroes he called friends. Tony Stark’s life was rich with love, friendship, and family.

6. Strength Can’t Be Measured By Size People often base on the appearance of someone to judge others. While Scott Lang has a track record of felonies, he proves himself as an indispensable superhero to the Avengers team throughout his own film and the MCU.

MCU movies also illustrate the idea that even without blood relations, people can still have something called family. Significantly, Guardians Of The Galaxy shows that family can be chosen as Peter Quill and his fellow Guardians found each other while trying to steal the orb and then together surpassed the dark pasts. Working alone might be ideal in certain circumstances, but it doesn’t hurt to collaborate if and when possible. Working alone you can go fast, but in order to go further and more consistent, you need to work together. Some people consider love to be a form of weakness or a distraction, but no one can deny that love has a powerful effect on individuals. Love can drive people to anger, revenge, or a state where people can learn how to better themselves. Bucky has earned his rightful place amongst fellow Avengers. Though he grappled to get there, he tried to pass over and surpass his past. In reality, a lot of people have personal issues that may need tending to, but that doesn’t make them any less of a good person trying to do their best.