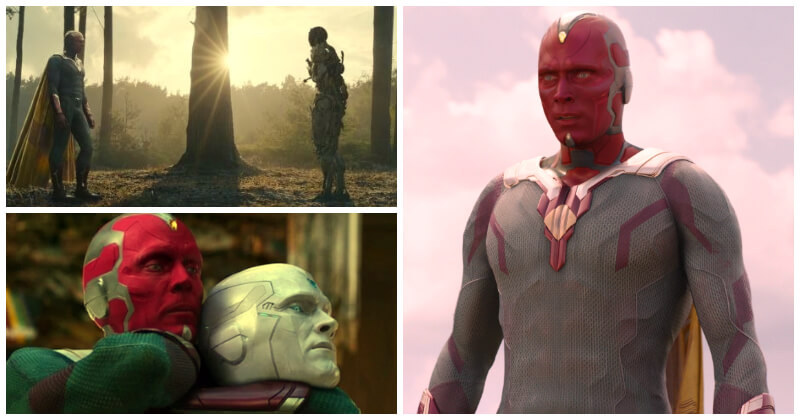 Marvel fans have few times to see battles of Vision because there has been no movie about Vision so far. But no one can deny the power of Vision, a person who possesses the Mind stone.

Vision may be one of the superheroes in the Marvel Cinematic Universe who tries to avoid fighting more than most, but he has actually been part of some of the best battles throughout the franchise. From teaming up with the Avengers to save humanity multiple times to the fights he’s had on his own to defend himself and his loved ones, the few battles Vision has fought have been exciting for fans to watch. To suffice your hunger, below are 4 best battles of Vision in MCU so far. As the heroes who refused to sign the Sokovia Accords tried to escape from the ones who did in the middle of their battle in Captain America: Civil War, Vision stopped them. While he didn’t want to fight them, he knew he couldn’t let them leave.

How It Ends: Not Only Did Vision Lose, But He Was Partially Responsible For War Machine’s Defeat As Well

Upon noticing Captain America and the Winter Soldier escape, Vision blasted the tower they were near, hoping to stop them from getting to the jet they were running towards. However, Scarlet Witch helped them get through, and despite being on opposite sides of the fight, Vision and Scarlet Witch apologized to one another, not wanting to fight each other Wen vision was knocked down after hacking Ultron, With Vision temporarily out of the fight, Ultron turned the key that raised Sokovia into the air. As Ultron beat up Thor shortly after, Vision awakened, grabbed Mjolnir, and smacked Ultron with it before passing it back to the God of Thunder.

How It Ends: Vision Defeated Ultron Once most of the Sentries were destroyed, Ultron attacked Vision again. However, Vision shot a beam at him, knocking him far away. With Iron Man, Thor, and Hulk’s help, Vision nearly defeated his enemy, striking him with a devastating attack. At the end of WandaVision, White Vision tried to kill Wanda, which led to the ‘soul’ Vision she’d created to fight him. He threw White Vision into a truck that exploded. However, White Vision emerged from the flames and took to the skies with his opponent.

How It Ends: They Were Able To Resolve Their Conflict Peacefully Vision was able to explain how White Vision was the original version of them who’d simply forgotten his past, and that if his mission was to kill Vision, then he was his own target. Upon remembering who he really was, White Vision left the Maximoff family alone, ending the battle peacefully. When Corvus Glaive tried to take the Mind Stone from Vision in Avengers: Infinity War, the Wakandans tried to defend him. However, he was able to beat them, causing Vision to grab onto Thanos’ son as he pushed him out the closest window. On the ground, Corvus Glaive stabbed Vision, but before he could finish him off, Captain America came to his comrade’s rescue.

How It Ends: While Vision Killed Corvus Glaive, He Was No Match For Thanos While Thanos’ children and army were a huge threat to the heroes, they were nothing compared to the Mad Titan himself. Once he arrived, Vision was able to sense him and warned Scarlet Witch he was nearby. The superheroes in Wakanda tried to fight Thanos one by one, but he defeated them all as he walked towards Vision. Under Vision’s request, Wanda destroyed the Mind Stone to try and stop the Mad Titan from retrieving it. However, Thanos put it back together instantly. He grabbed Vision’s neck, picked him up, and took the Mind Stone, destroying Vision in the process.

Tom Holland & Zendaya Are Thinking About A Long-term Relationship, Something “Serious and Permanent”

Celebrities Reacted To Bruce Willis Stepping From Acting Due To Aphasia

10 Picky Actors Who Are Super Hard To Work With