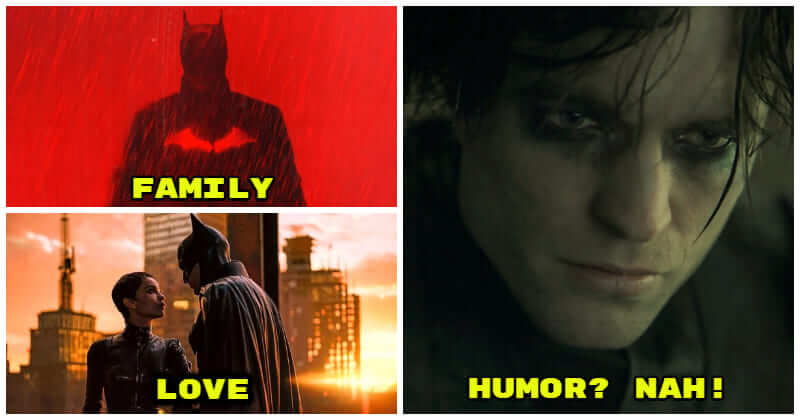 The return of Batman in 2022 has derived various opinions from the public, both positively and negatively. Although there are several doubts about whether Robert Pattinson could do a great job, it is undeniable that the newest version of Batman didn’t let us down. This version even stands as one of the best action DC movies lately.

Giving life to an iconic role like Batman, Robert obviously receives the comparison with former Batman – Christian Bale. While the two of them have resemblances, there are still visible differences between them, which lead to a new but fresh version of Batman. Moreover, thanks to this role, Robert Pattinson could shake off the giant shadow of being Edward Cullen. Below are ten different aspects of the two Batman versions.

10. Pattinson Didn’t Have An Origin Story 9. Pattinson Was Insecure About His Vigilante Career Even superheroes have their insecurities sometimes, such as the seemingly perfect Superman or the star-spangled Captain America, and Batman is no exception. However, Robert Pattinson’s own Batman/Bruce Wayne had to face his insecurities more directly than Christian Bale’s version did. Mr. Bale’s Batman was more about action and adventure, while Mr. Pattinson’s Batman put investigation first, and he only fought people when he absolutely had to. His character’s main fight was a battle of wits, something Mr. Bale’s Batman can’t claim.

7. Pattinson Had A Close Relationship With Catwoman Previously, Catwoman only had a supporting role in Batman’s story. Meanwhile, Catwoman plays a much larger role in Batman’s career and personal life in The Batman, meaning Pattinson’s version of Batman has a richer and more dynamic love life to navigate from beginning to end. Christian Bale’s Batman had terrible luck with women.

6. Pattinson Struggles With His Family’s Past Christian Bale’s Bruce Wayne/Batman doesn’t linger much on his parents’ deaths, instead focusing on the here and now when he battles the Joker and other threats. Robert Pattinson’s Batman has much more business with his late parents, and the past actions of the elder Waynes plays a large role in not only Batman’s personal life and mission, but also Gotham as a whole. Christian Bale’s Bruce Wayne often embedded himself in Gotham’s high society both for fun and for appearances’ sake, but Robert Pattinson’s Bruce Wayne didn’t do that in The Batman. Practically every version of Batman is seen operating in Gotham, but not every version stays there. Christian Bale’s Batman was seen in Asia a few times, such as when he journeyed to Hong Kong to capture Lau on behalf of Commissioner Gordon and Harvey Dent. Robert Pattinson’s Batman stayed within the confines of Gotham and expressed no interest in going anywhere else for any reason.

3. Pattinson Has Too Few Personal Friends It’s tough to actually name a personal friend of Batman’s in 2022’s The Batman. It’s odd to think of someone like Batman having friends, but even Bruce needs personal connections sometimes. While Mr. Bale’s Batman easily hid his inner troubles behind his confident and cool exterior, playing the part of a charming billionaire for all to see. Robert Pattinson’s Batman had no such pretenses. He always wore his anguish and insecurity on his sleeve, to the point some fans might call him an “emo kid” or something similar. He’s dark and troubled, and he won’t do anything to hide it, even around Alfred.

1. Pattinson Lacks A Sense Of Humor Christian Bale’s Bruce Wayne was sometimes subtly funny or snarky at times, almost like a watered-down Tony Stark. Meanwhile, Mr. Pattinson’s Batman was in no mood for humor, and he practically had no comic relief or one-liners at all.