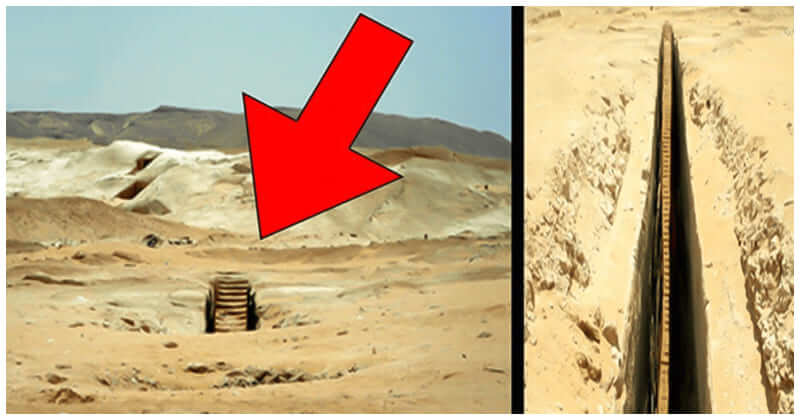 Experts have recently stumbled upon the evidence of a 4th forgotten pyramid located somewhere in the Giza plateau.

This came as a consequence to the latest claim arousing intense controversy as it seems that the new strange staircase was found here, which could hypothetically lead to the 4th pyramid. The most mysterious aspect in this is that if the new staircase is indeed part of the pyramid, it would mean that it is literally in shambles.

Once it was properly dug up the archaeologists reported the fact that if it does lead to something, we’d be lucky to be in fact capable of observing what it initially was, as the damage could be so great and beyond restoration that it wouldn’t even be identifiable anymore. Would we be able to truly discover an entrance hidden beneath the sand if we decided to thoroughly dig up the entire location? How could this new fourth pyramid be hidden for such extended period?

Who would have constructed it? If it is actually as damaged as it seems then it will be most possibly the earliest compared to the rest of the pyramids? Was it built by the same civilization that constructed the Sphinx? One thing we now know for sure is that the construction appeared before all the remaining buildings from the Giza complex, so this might have been erected during the same period.