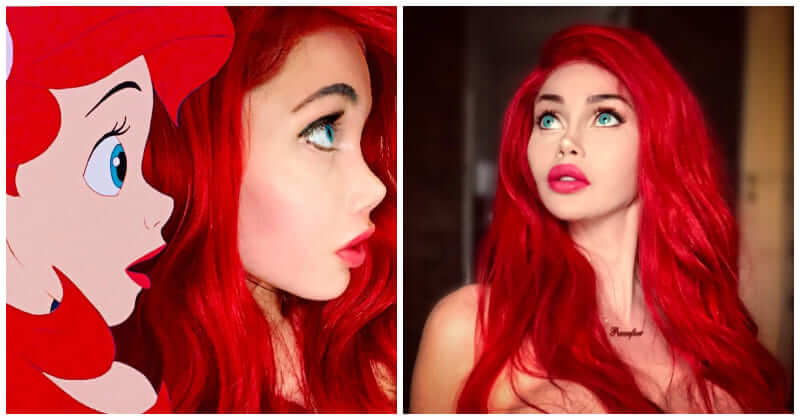 Everyone has favorite celebrities, including fictional ones. We’ve all wished to live like our favorite idols. Some people, on the other hand, went to great lengths to appear exactly like their admired superstars. Being a spooky doppelgänger shows you’re a die-hard enthusiast.

We’ve collected 11 people who tried too hard to look like their loved idols. Fran Mariano, an Argentinian, for example, shed over 220 pounds to look like his favorite singer. Or a Brazilian bodybuilder chose to get Synthol injections to make his arms look bigger to resemble his hero, the Hulk. Scroll down to check out these compared photos, and tell us which side is the real celeb. Adam Guerra of Los Angeles took 12 years to realize his dream of looking like the famous music icon. He stated that it was all well worth it. He’s now one of Madonna’s most well-known doppelgängers, and he’s a regular on the Venus D-Lite program. Herbert Chavez, a Filipino Superman fan, endured 26 surgeries to morph into his comic book hero. He’s been collecting Superman action figures since he was four years old, desiring to one day be like him. When he turned 37, his dream came true after a lot of hard work. Herbert is convinced that it’s all worth it. British woman, Chelsea Marr, has endured abuse from nasty Internet trolls because of her similarity to Angelina Jolie. The online abuse was one of the main reasons Chelsea had to drop her modeling career and work as the actress’ doppelgänger. She confessed that despite all the negative comments, she’s happy about her and Angelina’s similarity. She’d rather look like that, than like Sloth from The Goonies. A Brazilian bodybuilder believed that bulging muscles were insufficient to resemble his hero, the Hulk. Romario chose to have Synthol injections to make his arms look bigger. Unfortunately, if it hadn’t been for the surgeons who saved him from amputation, his experiment may have ended tragically. Which of these two is the real Megan Fox? The one who wears a hat. Are you perplexed by their resemblance? We’re in the same boat. Claudia Alende, a Brazilian model, appears to look more like Megan than the actress herself. Here’s another interesting fact: Claudia has more than 2 million Instagram followers, which is twice as many as Megan Fox. It turns out that India has its own “Rihanna” – model Renee Kijur, who is ecstatic about her resemblance to the singer. She has a similar account name badgalrene, which is nearly the same as Rihanna’s Instagram name – badgalriri. Indians prefer models with lighter skin tones and females with darker skin have a harder time finding employment as models. However, thanks to their resemblance, Renee has received many benefits. Kylie Jenner, the Kardashians’ youngest sister, has an Instagram doppelgänger from France. Her name is Amira Boualleg. She is 16 years old and lives in Paris. She claims that people stare at her as if they’ve seen her before. Just like Kylie, Amira is into cosmetics and intends to one day establish her own cosmetic brand. For several years, Argentinian Fran Mariano has been attempting to achieve his ambition of looking like famed singer Ricky Martin. Fran had to lose a lot of weight to do this. Before his change, he looked like this (left photo below). It’s hard to realize he weighed over 380 pounds. Fran appeared on the show Cuestión de Peso in 2011 when he was assisted in losing weight. Konrad Annerud, a Swedish skateboarder and model, looks so much like a young Leonardo DiCaprio that he could easily play him in a biopic. Both Leonardo and Konrad, on the other hand, have a striking resemblance to Vladimir Lenin, a famous historical persona. Kim has a slew of copycats, but Kamilla Osman from Canada is by far the most well-known. Kamilla said she never intended to look precisely like Kim, but it simply happened that way. She also participated in the shooting of one of the Keeping Up with the Kardashians episodes, and Kim shared a selfie photo of the two of them on Twitter. In this pic, it’s impossible to distinguish who is who.

#11. Jessica Rabbit, The Little Mermaid, and other characters — Pixee Fox Pixee Fox, a Swedish model from Las Vegas, looks like several Disney characters at once.