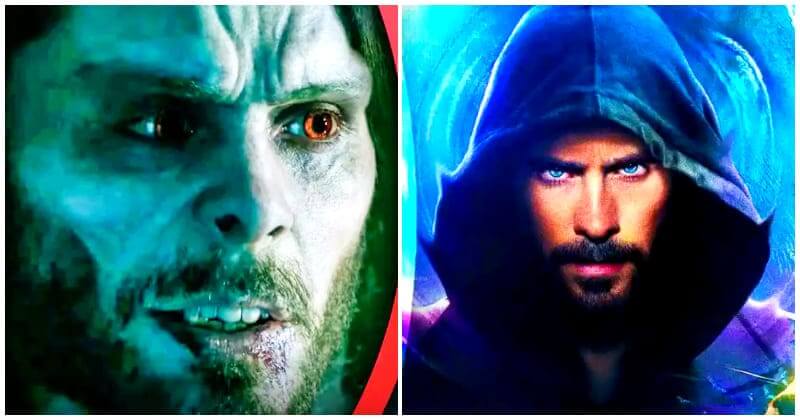 Spider-Man: No Way Home, released last year, was a remarkable achievement of narrative, bringing together three eras of the renowned webhead. Not only that, but it went on to become one of the most popular films of all time. Many people may see this critical and commercial success as a hint that Sony Pictures is getting back on track with its own Spider-Man ambitions, the next of which is Morbius. Doctor Michael Morbius, played by Jared Leto, accidentally turns himself into a vampire while attempting to cure a rare blood condition. The figure was initially recognized as one of Spidey’s numerous rogue gallery foes—but don’t expect to see any red and blue spandex here. But the most important issue is: will it be any good? So, what’s the straight answer? No, it’s not true, sadly.

Marketing that is deceptive Let’s get this out of the way right away: the promotion for this picture was at best ethically dubious. Sony included allusions to every live-action Spider-Man film, but the majority of them were cut from the final version, such as no Tobey Maguire graffiti or the Oscorp building. A connection to Tom Hardy’s Venom did make it in, but it doesn’t make sense, given that Michael Morbius would have no knowledge what he cited was ever spoken in the first place.

It’s clear that the company intended to include all of those references in the trailers to entice moviegoers to the movies, not because they were relevant to the plot. So, if that was anyone’s motivation for coming to visit the project in the first place, it might be best to save petrol.

A Story That Isn’t Memorable

In terms of the picture itself, the plot advances at a breakneck speed, almost to the point of exhaustion. Every story element is rushed through, and there is never enough time for anything to settle in. As a result, many character drives and connections are underserved, resulting in people making irrational decisions.

Nothing seemed to stick as we were watching the movie—it was almost as if we were sitting in a blur. The tale that was being delivered went through the motions, but none of it had any effect. If fans were looking for a qualitative improvement over Sony’s previous two Venom films, Venom, and Venom: Let There Be Carnage, they won’t find it here, which is disappointing considering the low bar to begin with. It doesn’t harm to fantasize, though. To be honest, Jared Leto’s performance as the main man is only adequate. His performance isn’t very horrible, but it’s also not particularly noteworthy. While Michael Morbius has a nasty history in the comics, he isn’t wicked in this adaptation. Sure, he engages in some dubious research, but he’s clearly not a nasty guy—which makes it difficult to see him ever facing up against Spider-Man; after all, why should he have to?
When comparing Morbius to Tom Hardy’s Venom, the symbiote, while presented as the protagonist of the tale, keeps enough of his malicious roots to place him solidly in the Anti-Hero class. Leto’s character, on the other hand, never leans toward being a villain—anything bad he does in the novel is due to a lack of discipline, not a purposeful choice on his own. Leto isn’t the only one who is struggling. Doctor Martine Bancroft, played by Adria Arjona, sits next to him. This isn’t the place to go if you’re seeking a deep character. It’s not a knock on Arjona’s acting; she does the best she can with what she’s provided. Unfortunately, her role is ultimately limited to providing exposition, assisting Morbius when necessary, and acting as the damsel in distress.
Then there’s Tyrese Gibson and Al Madrigal, who portrays FBI agents monitoring the weird incidents that take place throughout the movie. They’re not just bad at their jobs, but the two of them could have been removed from the film entirely and nothing would have been lost. It all would have gone perfectly as planned.

Matt Smith vs. The Script Milo, played by Matt Smith, is the villain in the film. He isn’t a straight reproduction of someone from any comic original source, but he does resemble Loxias Crown in certain ways. Smith is a terrific actor, as he has demonstrated several times. But don’t mistake this performance, or this character, for an indication of his abilities.
Nevertheless, the whole blame lies with the screenplay and direction he was given; his opponent is just not good. The plot desperately wants the audience to empathize with him and his friendship with Michael Morbius. Despite this, not enough time and care was devoted. Instead, it was all thrown into the mix at the last minute, forcing individuals to make rash decisions merely because the storyline needed it. It’s necessary to offer praise where credit is due before moving on to the negative aspects. Morbius’ fluid movement in action, with the wispy smoke trails trailing after him, was an excellent option that made his skills aesthetically appealing to viewers. Morbius’ design is also great. The problem is that Jared Leto’s Vampiric persona only appears on screen for a limited portion of the time.
In the end, special effects fail more frequently than they succeed. The vampire faces may be really amusing, making it difficult to connect with any suspense or sense of danger that the plot is attempting to show. Morbius is brimming with unoriginal mediocrity, with more than a few glaringly awful stumbling blocks. But it’s in the last act when everything comes crashing down. It’s difficult to tell what was going on in any of the final action scenarios as they played out on screen.
As people launched fists, it was difficult to tell what was going on around them or even what was going on. All of it was just a confusing and grandiose ending set piece. To top it off, certain events appeared seemingly out of nowhere, with no logistical support in the prior hour or so of screen time. What was supposed to be a triumphant moment turned into a sea of chaos.

Sony Pictures Is Having Issues It may seem strange to focus on the post-credits sequence in a film review, but it is extremely vital in this case. They’re terrible. Shortly after the credits begin to roll, there are two sequences. The first makes little sense logistically and demonstrates that the powers that be may not have even seen their previous Marvel endeavors. The second is far worse than the first.
It read as if it had been written by a six-year-old, and it’s not worth equivocation because it’s that poor. Aside from being a pain to write, there are also practical concerns to contend with. Many admirers will be tempted to rip their hair out. It’s all clear evidence that Sony Pictures doesn’t know what they’re doing with its Spider-Man franchise. It wouldn’t be shocking if the studios’ future plans were subjected to another thorough examination. Despite the harsh sentiments, it isn’t the worst film ever seen on the big screen. It is, nevertheless, quite annoying and, in the end, a forgettable experience. That is unless you count the mind-bogglingly terrible post-credits scenes, which will make you want to claw your eyes out. Even though I only saw the movie a few hours ago, the feeling is already slipping from our minds, something I’m sure many viewers will sympathize within the following days.
It’s unfortunate that Sony Pictures doesn’t appear to be able to get any of its live-action movies properly without Marvel Studios’ help. Maybe it’s time they cave in and let creative professionals that know what they’re doing guide them. Needless to say, this installment isn’t going to pique fans’ interest in what’s next in Sony’s Spider-Man universe, nor will it satisfy fans’ want for more of the Living Vampire.