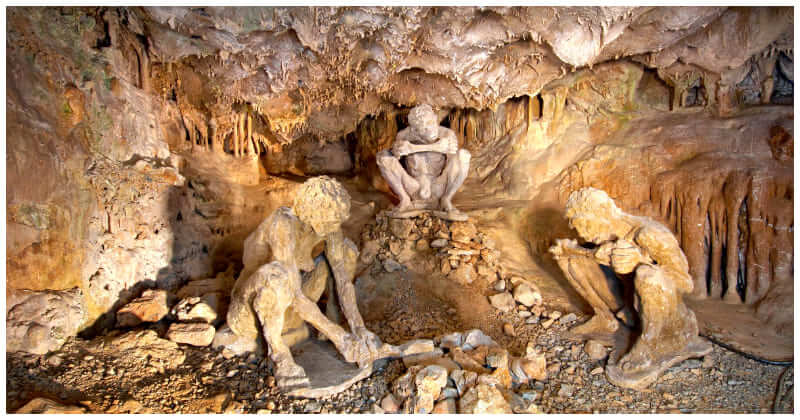 A place of archaeological situated in Meteora, Thessaly, Greece, the Theopetra Cave has been occupied by humans from 130,000 years ago, according to recent on-site excavations. Archaeologists also noted that humans have lived here from Middle Paleolithic to Late Neolithic without disturbance, granting important insights into ancient Greek era.

Located on the northeastern slope of a limestone hill, roughly 100 m above a valley, the Theopetra Cave overlooks the tiny village of Theopetra and the Lethaios River. The limestone hill was created between 137 and 65 million years old, matching the era of Upper Cretaceous, according to geological analysis. Archaeologists depicted the cave as being almost quadrilateral in shape with small niches on its periphery and stretching over an area of about 500 sq meters. It has a huge entrance, allowing light to enter abundantly into its interior. Excavations began from 1987, lasting for more than 20 years, led by Dr. Nina Kyparissi-Apostolika, head of the Ephorate of Palaeoanthroplogy and Speleography. Prior to the excavations, local shepherds used to keep their flocks inside the cave. The Theopetra Cave was also the first one in Thessaly ever excavated.

Numerous intriguing findings have been made within the analysis of the cave, including the site’s climate, which was determined by archaeologists to have been hot and cold during the occupation of the cave, thanks to micromorphological analysis on the sediment samples collected from each archaeological layer. Scientists believe that the cave’s population fluctuated as a result. Another interesting discovery within the Theopetra Cave is the remnants of a stone wall that used to partly closed off the cave entrance, dating back 23,000 years ago, corresponding with the last glacial age thanks to the Optically Stimulated Luminescence dating method. Experts believe that it was constructed to shelter the cave inhabitants from the cold outside, also thought to be the earliest known artificial building in Greece, and maybe in the world.

Archaeologists also made an astonishing statement regarding the discovery of a trail of more than three hominid footprints imprinted onto the cave’s soft earthen floor, 1 year prior to the discovery of the stone wall. The shape and size of the footprints attributed themselves to Neanderthal children around 2 to 4 years old that resided in the cave during the Middle Palaeolithic period. In 2009, the Theopetra Cave was officially opened to the public, though it was closed temporarily a year later, as the remains of the stone wall were discovered in that year. Although the archaeological site was later re-opened, it was closed once again in 2016, and remains so due to safety reasons, i.e., the risk of landslides occurring.

If you found this article interesting, don’t hesitate to visit our website aubtu.biz to get access to a wide range of news about your favorite bizarre things.