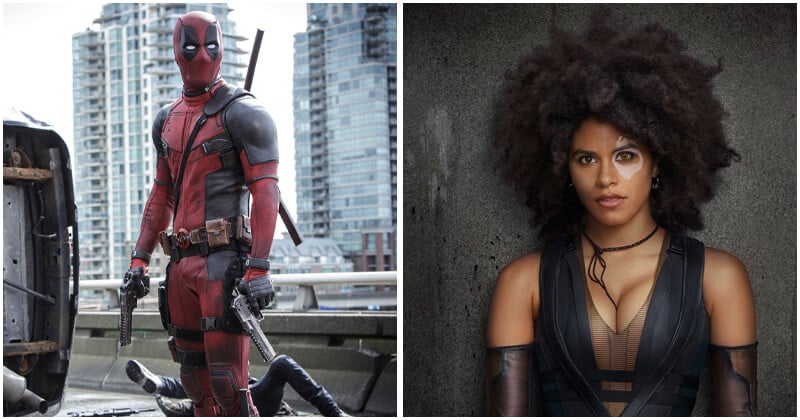 After a long wait, it seems that the production of the highly awaited Deadpool 3 is finally starting to take some steps forward.

A few weeks ago we already reported how Shawn Levy, director of The Adam Project and Free Guy and longtime collaborator of Ryan Reynolds, had been confirmed as director of the film. But this seems to be the only certainty regarding the film, on whose plot the strictest confidentiality still exists.

So, do the cast members of the previous chapters hope to return to be part of the new adventure of our beloved Merc with a Mouth? Most of them certainly do, including Zazie Beetz, who made her debut in Deadpool 2 in the role of Domino. During the recent premiere of the Atlanta series, the actress was questioned on the red carpet by a reporter from Variety. When asked to reveal everything she knew about the new film, Beetz admitted that she only knew about Shawn Levy’s hiring.

“I heard Deadpool 3 has a director,” she said. You can watch the interview below:

What does Zazie Beetz know about the next #Deadpool movie? https://t.co/zUx2j6VdYs pic.twitter.com/9v5L6ssl82

At present we do not know if Zazie Beetz will indeed come back as Domino, however last year the actress enthusiastically confirmed her interest in a possible return of the character.

“I would love to revisit Domino,” she told ComicBook. “I would love to do a Deadpool 3, 4, 5, 7, 19. I’ve also wanted to be like, ‘Maybe I could just do my own origin story.’ I feel honored to have been able to depict her on screen and to have played with her, as her. I love her and so I would be more than happy to revisit her on camera. And I think I will. If Disney doesn’t make it happen, I’ll make it happen.” Earlier this year, Beetz also told Collider that she had not yet had any talks with Marvel about the reintroduction of Domino in the MCU.

“No, I haven’t [heard about Domino’s return]. I would love to revive the role,” the actress shared. “That was always in the world of what was potentially going to happen. I haven’t had any specific conversations around it. But I’m interested. Not only would I love to revive the role, I would love to figure out a way to make a Domino movie or something like that. We’ll see what happens, but I haven’t had any personal conversations.”

Deadpool 3 has not had an official release date yet.