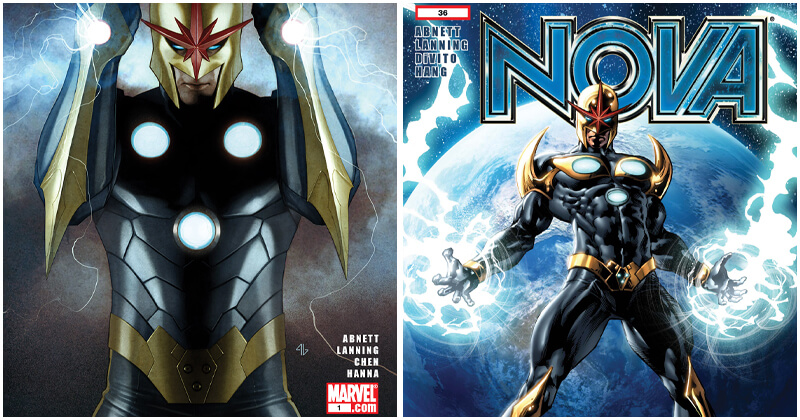 As reported by Deadline, Marvel Studios is already working to insert the character in the MCU thanks to a project written by Sabir Pirdaza, former screenwriter of the upcoming Moon Knight series. However, at the moment, we still don’t know whether the future appearance of the character will be linked to one of the next films of the studio or one of the next series arriving on Disney+. The character of Nova, whose real name is Richard Rider, was created by Marv Wolfman and John Buscema. He made his debut in the eponymous Nova #1 in 1976 and is generally considered Marvel’s mirror counterpart to DC’s Green Lantern.

When he was only a teenager, Rider inherited the powers of Nova Corps member Rhomann Dey following a battle that destroyed the planet Xandar. After becoming Nova, he acquired a series of superhuman abilities such as enhanced strength and speed and the ability to fly. Nova is also able to channel and use the energy source known as Nova Force in an offensive form. Over the years, Nova has played a key role in a number of major Marvel events and has worked with various teams, including the Guardians of the Galaxy.

After the introduction of the character of Rhomann Dey in Guardians of the Galaxy (2014), where we see him played by John C. Reilly, various speculations have arisen about the possibility of seeing Nova on the big screen soon. It wasn’t until last year that the president of Marvel Studios Kevin Feige officially confirmed the studio’s intention to adapt Nova, but he had not gone into further details yet.

All that remains is to wait for the situation to evolve to see how the character will be introduced in the Marvel Cinematic Universe. In the meantime, we remind you that the long-awaited Moon Knight series is expected on March 30 on Disney+.