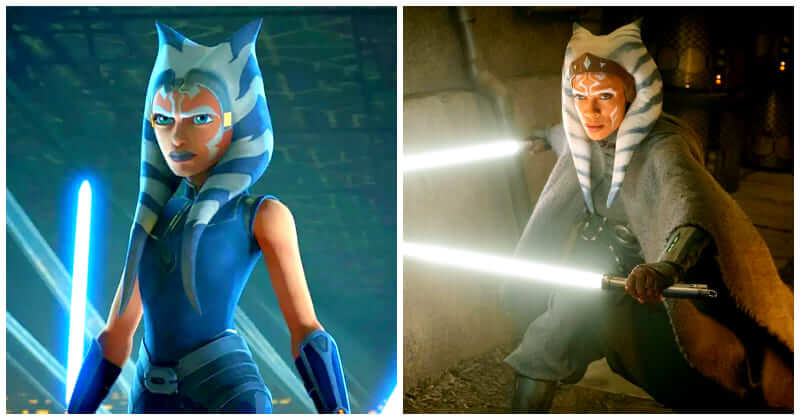 What species is Ahsoka – 7 Fun-Facts About Her People. Ahsoka Tano was Anakin Skywalker’s Padawan trainee and a Clone Wars hero.

What Species Is Ahsoka – 7 Fun-Facts About Her People

Ahsoka Tano was Anakin Skywalker’s Padawan trainee and a Clone Wars hero. Anakin, who helped her grow from a fiery pupil, helped her evolve into a mature leader. Her fate, on the other hand, was not the same as that of the Jedi. Ahsoka is a member of the Togruta species, of which we’ve seen a few members across the Star Wars universe.

Tano Ahsoka Governor Roshti, Shaak Ti. Despite the fact that we can clearly identify a Togruta by their distinct face patterns and tails, only a handful Star Wars characters have been given full storylines in the saga. Let’s take a deeper look at what we do know about the Togrutas, who are both gorgeous and interesting.

1. Their horns are called montrals. Togrutas are distinguished from other humanoid species by their unusual head cones, or montrals as they are officially known. Togrutas’ horns develop from little lumps in infancy to soaring far over their heads and extending to their waist as they grow older. The montrals are hollow on the inside and are used by the species to detect movement in the environment. Togrutas are incredibly observant thanks to their echolocation, which can reach up to 85 feet. This, along with inherent Force abilities, makes for a very effective Jedi, thus the Jedi Order’s well-known Togrutas.

2. Their appearance influenced their landscape.

On the planet Kiros, the montrals that perch atop Togrutas’ heads may be observed in their natural habitat. The planet, which is located in the galaxy’s Expansion Region and is noted for having a large green landscape replete with waterfalls, rivers, valleys, and some pretty beautiful horn-shaped buildings, is home to 50,000 Togrutas. However, the artistic species isn’t limited to Kiros. The majority of Togrutas was born on Shili, a planet noted for its vibrant grasslands, which allowed them to blend seamlessly with their environment thanks to their distinctive facial marks.

3. They were saved by the Jedi.

It wasn’t all sunshine and rainbows on the lovely planet Kiros. The Togrutas, led by Governor Roshti, were taken over by Zygerrian slavers during the Clone Wars when Count Dooku forced the people to relocate to Kadavo. The Jedi Obi-Wan Kenobi, Anakin Skywalker, and Ahsoka Tano finally came to their aid, stopping the 50,000 residents from being forced to participate in the royal slave market, an old ritual that the Zygerrians were eager to revive. After proclaiming they would no longer stay neutral and formally align with the Republic, the Togrutas returned to Kiros fully equipped and even underwent thorough combat training from clone soldiers.

4. They can’t quite sport the Padawan braid.

Padawans are easily identified by a single braid, as worn by Obi-Wan Kenobi and Anakin Skywalker in the prequels, while Togrutas would struggle to establish their loyalty to the Jedi Order with stiff montrals. Silka beads have a role in this. The beads may have been thrown over Ahsoka’s head, although they are also worn by other hairless species such as Twileks.

5. Ahsoka once went by a more Force-related name. Ahsoka was given a new name during the development of Star Wars: The Clone Wars. She’s given the name Ashla in the above early artwork by Kilian Plunkett, a name that dates back to the first Star Wars films. The Force was separated into the light (Ashla) and the dark (Bogan) in early versions of Star Wars by George Lucas, which inspired this moniker and was eventually brought into canon in Star Wars Rebels. However, the name was still used for a character. The little Togruta in the first row of the Bear Clan of Padawan seen being instructed by Master Yoda in Attack of the Clones is known as Ashla.

6. If you slay the beast, you can wear the trophy.

You may have noticed the glittering decoration at the crown of Jedi Master Shaak Ti’s head if you’ve ever looked at her up close. Though the headgear appears to be mere ornamentation, it has a fascinating backstory. The headpiece contains the teeth of an akul, a monster unique to the Togruta country of Shili, in addition to pearls, metal, and numerous stones. Akul are enormous quadrupeds who wander the grasslands and, due to their destructive nature, have the ability to cause devastation. Togrutas who are strong enough to kill an akul get to keep the teeth as a prize. Shaak Ti is, without a doubt, a formidable fighter with the fangs to show it. You may be acquainted with the legends of Jedi Master Shaak Ti’s several terrible deaths. Video games, films, and television shows have all represented her death, but only one can be considered canon. Starkiller, Vader’s pupil, battled the Jedi Master on Felucia in The Force Unleashed, eventually succumbing to the sarlacc. Two death scenes were filmed for Revenge of the Sith, but both were deleted from the final version. Shaak Ti was taken captive by General Grievous in an effort to enlist the help of Jedi Obi-Wan Kenobi and Anakin Skywalker, as seen in one of the film’s deleted sequences. After declaring that she has failed them, Grievous shoots a lightsaber through the Togruta as they arrive. Master Ti is slain by the newly christened Darth Vader while meditating at the Jedi Temple in the other scene. Though her tragic death, as revealed in Yoda’s vision in The Clone Wars episode “Voices,” proves that she died at the hands of Vader during Order 66.