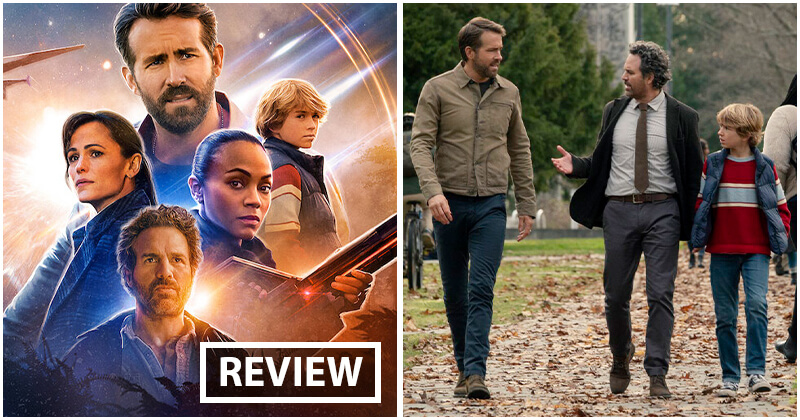 After the great success with Free Guy, the duo Ryan Reynolds – Shawn Levy are back together, this time for a movie destined for Netflix. The Adam Project is a science fiction film that mixes action, irony and sentiment, as often happens in Levy’s feature films like Night at the Museum. The Adam Project is a fun, fast-paced and emotionally convincing blockbuster that manages to be a coming-of-age film with an excellent length (106 minutes including credits). Levy throughout his career has always brought a cinema that is not difficult to understand and can always attract any type of audience. This project is mainly aimed at a young audience, also given the linearity of the story, which is not particularly original.

There is no big surprise even in terms of interpretations in The Adam Project, no one brings a phenomenal character to the stage and Ryan Reynolds plays the prototype of his character as always – a man with a ready joke, nice and romantic. Then, we find Zoe Saldana in a more contained role than her usual, and a very bad Catherine Keener who brings this really interesting but very in-depth villain to the stage truly well, perhaps due to the duration of the film that does not allow her to be able to give the real reasons for her actions. It is very nice to see Jennifer Garner and Mark Ruffalo together as well. After sharing the screen in the cult comedy 13 Going on 30, they find themselves together again in a film where we talk about time travel. Even though both of them play only small roles, albeit important ones, they are the ones we remember most at the end of the watching.

Another applause goes to the real protagonist of the film together with Reynolds: the newcomer Walker Scobell. His performance is not really that great, but the child star still manages to support an entire film on his shoulders, which is no small feat. The Adam Project‘s special effects are not particularly innovative, and even the weapon Reynolds uses looks like some undeclared plagiarism of the iconic lightsabers of the Star Wars franchise. The soundtrack of the film, however, is pretty well used, especially the song Let My Love Open the Door.

This film is definitely a typical Netflix movie, the kind of feature film that seems like the theater no longer wants to welcome. It manages to be a light entertainment product that is quite trivial in what it tells, but is still watchable thanks to a star-studded cast that the public would love to see.

The Adam Project is available on Netflix starting March 11. Here is the trailer for the film:

Jessica Alba Once Thought Marriage Is Meaningless, But Something Changed Her Mind