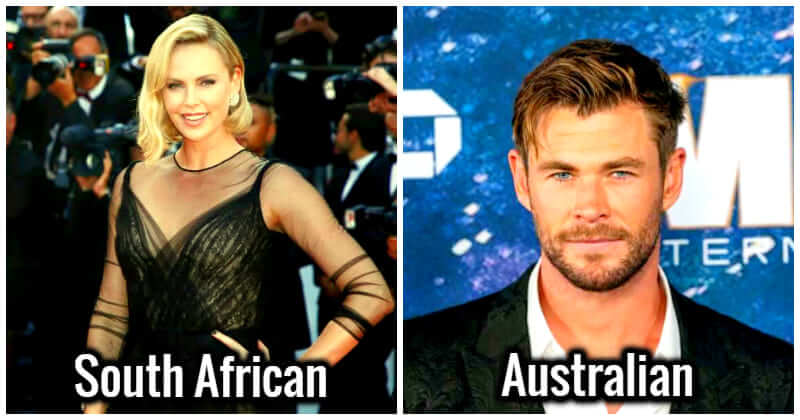 The best skill of certain stars is their… fake American accent. Well, that may be an overstatement, but many performers’ American accents are so convincing that you’d be astonished to learn they’re not from the United States. They are indeed come from all around the globe. Some of them were born into English-speaking countries which make it somewhat easier, while others completely learn and perfect their English through their life to the point that can fool us.

It’s also a lot of fun to see them disclose their true accents in conversations. While there are several examples in Hollywood right now, this list compiles the top ten actors that may pass for red-blooded Americans on any given day. Pike, like many other performers, worked with a dialect coach to attain the intended outcome. His prior work in the UK included classic British movies such as Pride and Prejudice. Her efforts were rewarded with critical acclaim and an Academy Award nomination for her performance. Brown, who was born in Spain and raised in England, stated that she opted to suppress her British accent and audition with a phony American accent instead to boost her chances of landing the part — and it worked. Brown also revealed that seeing Miley Cyrus in Hannah Montana helped her polish her American accent. Isla Fisher was born in Oman to a financier father and relocated to Australia with her parents when she was six years old. She started her career on Australian television in the long-running soap opera Home and Away, and went on to star in films like The Wedding Crashers and Now You See Me, all while maintaining a convincing American accent. Even though you wouldn’t know it from watching his movies, Chris Hemsworth, who plays Thor, the god of thunder, is an Australian. Hemsworth, who rose to fame in Hollywood in his early twenties, claimed that reverting to his native accent for the film Ghostbusters (2016) was a strange experience for him. Hugh Jackman is a well-known actor best recognized for his role as Wolverine in the X-Men film franchise. Despite his place in American superhero folklore, Jackman is an Australian. Despite the fact that Riverdale is set in America and follows a group of high school students, the show’s lead actor, redhead KJ Apa, was born in New Zealand and speaks with a charming Kiwi accent in real life. Idris Elba rose to worldwide prominence as Russel “Stringer” Bell on The Wire, widely regarded as one of the finest television series of all time. Stringer Bell was a hard-core Baltimore criminal with a matching Baltimore accent, and American fans were taken aback when they discovered that Idris Elba is British. When Andrew Lincoln acquired the character of Rick Grimes in the blockbuster post-apocalyptic drama The Walking Dead, he was already a well-known actor in his home England. He immediately began working on converting his English accent into a Southern one, and he has done an incredible job at it, as any fan of the program knows. Theron grew up on a farm in South Africa, speaking Afrikaans (the country’s third native tongue) and learning English through American television. That’s why her American voice is so convincing. Bale was born in Wales and came to Los Angeles at the age of 17 to pursue his ambition of becoming an actor. Bales has previously remarked that shocking audiences with his British accent is one of his favorite things to do.