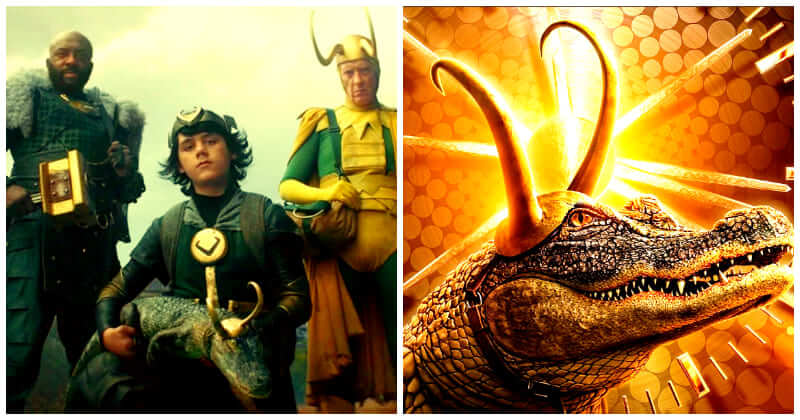 Alligator Loki will get his own 12-issue comic series in the Infinity Comics style on Marvel Unlimited, according to Marvel. Alligator Loki #1, the first issue, is already accessible to read. Following then, every other Friday, a new issue will be issued. The story summary states “For his entire life, Thor has only known one brother, Loki. Known to all as conniving, sneaky, and cunning! But a new Loki is ready to take his place. He may be smaller, he may be cuter, and… an alligator?! But don’t be deceived, Alligator Loki has all the same attributes as his human counterpart and is ready to get into some trouble!” The first issue of Alligator Loki, titled “Family Bonding,” begins with Thor and Loki battling on the Bifrost. Thor tries to reach into the portal and grab Loki before it’s too late, but it’s too late. Alligator Loki jumps out instead of catching his sibling. After quickly becoming friends, the two travel to an Asgardian amusement park and spend the rest of the day together riding rides, browsing gift shops, and so on. Because Alligator Loki is unable to communicate, the first issue is completely quiet. Last year, alligator Loki, also known as Croki, made his first appearance in the first season of Loki, first in a brief cameo in episode 4 and then for virtually the whole fifth episode. Croki items began appearing about the time the Loki season finale aired, quickly earning over viewers. While not an official Marvel publication, a Loki fan developed a Croki comic depicting the character conversing with Odin and learning that he was adopted. When the God of Mischief confronts a number of his own versions, the first six-episode season of Loki extended the Marvel Cinematic Universe by opening up the multiverse. Season 2 of Loki is now in the process, according to Marvel, but no launch date has been determined. Justin Benson and Aaron Moorhead, the filmmakers of Moon Knight, have been recruited to direct the upcoming season for Disney+. Michael Waldron, the showrunner, and Eric Martin, the writer, are both returning. Writer Alyssa Wong, illustrator Robert Quinn, colorist Pete Pantazis, and editor Katelyn Gregorowicz make up the creative team for Alligator Loki. On Marvel Unlimited, you can read Alligator Loki #1 right now.

What If Disney Gave Princesses Realistic Hair Instead Of Looking Perfect!