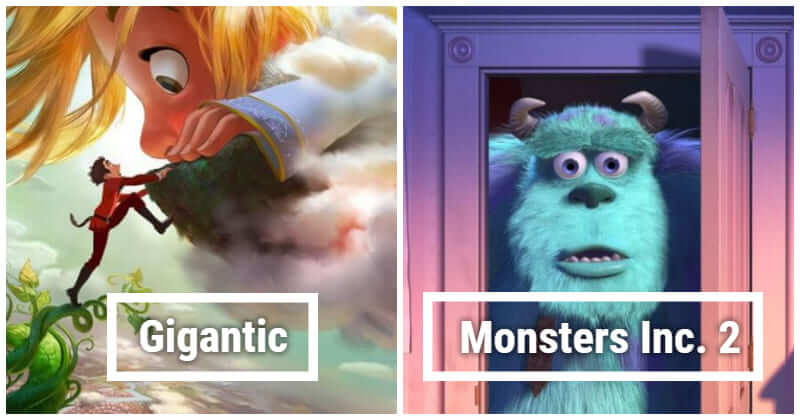 Walt Disney Animation Studios is known as the top of the ladder among film studios when it comes to making money. It’s the result of the development process for nearly a century, along with a series of famous films such as Frozen II ($1,450 billion), The Lion King ($1.083 billion), and Zootopia ($1.024 billion).

Making animated films was a detailed and laborious process. It could take 4 years, 5 years or even more than a decade. There are many projects that have to stop halfway for many different reasons. This is what Disney fears the most because it wastes a lot of money and effort. More than 65,000,000 assets are stored at the Walt Disney Animation Research Library. And the job of Disney filmmakers is to carefully and ingeniously select these assets for making new projects.

Of course, there is no success without a price. To get the best idea, thousands of ideas are offered and most are rejected for various reasons. The following are some of the Disney projects that never made it from the shelves to the big screens. Let us know which one is your favorite by scrolling down and leaving a comment. It was a prequel to the film “Snow White and the Seven Dwarfs”, depicting the meeting of the dwarves and how the Evil Queen ascended the throne from Snow White’s father. However, due to inappropriate content, the project was abandoned. The movie was supposed to depict the story of an elephant who became a New York club star. Because of its mature humor, it was quickly canceled. This is an interesting story about the journey of Dumbo and his circus friends. Initially, the project was placed on hold in 2002 due to poor computer-animation test footage for the picture. And it was officially canceled in 2007. The story was based on the British folk tale “Jack and the Beanstalk”, which described a young man’s adventure to the magical kingdom of giants. However, after several delays, the project was scrapped (1917) and later replaced by Raya and the Last Dragon. The film carries the idea of ​​Death becoming a main character. This made Disney executives afraid about making movies. Aside from that, Disney was unable to acquire the film’s rights, therefore it was shelved. It would have been produced by Circle 7 Animation, a company owned by Disney. However, it was canceled following the shutdown of this company.

#7 King of the Elves The film focuses on a band of elves and one dwarf living in the Mississippi Delta. He helped the elves and became their king. Due to story problems, production finally stalled. A movie follows the last pair of blue-legged newts left on the planet and their journey to prevent the extinction of their newt race. It seems that the reason for its sudden cancellation was another movie with similar content released at the same time.