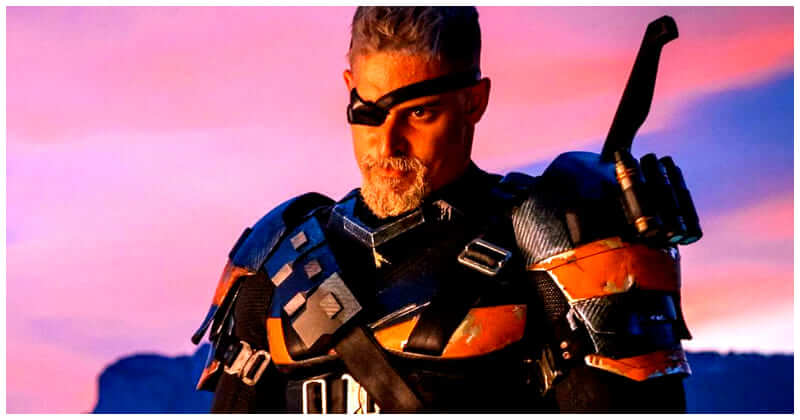 By releasing a new photo of himself as Slade Wilson/Deathstroke, Joe Manganiello seems to imply that there’s still a potential he’ll reprise the role in a later DC Extended Universe movie. On his Instagram account, the actor posted a vintage headshot of himself in character as the DC villain, which had been modified to incorporate a rainbow of vivid hues. “New profile pic…” Manganiello captioned the photo. While Manganiello did not disclose any further information, the tweet came as a surprise after the actor’s statements in December 2021. Manganiello remarked at the time that he didn’t think he’d ever have another chance to fill out the Deathstroke persona, stating, “No, I let that go a while ago.” Manganiello first appeared in the DCEU as Slade Wilson/Deathstroke in the theatrical version of Justice League in 2017, which included a post-credits sequence in which Deathstroke meets with Lex Luthor (Jesse Eisenberg). A variation of the moment appeared in Zack Snyder’s Justice League, as well as a post-apocalyptic epilogue in which Manganiello’s character joined forces with Batman, Cyborg, the Flash, Mera, and the Joker to fight a rogue Superman. While the star was scheduled to return for a Deathstroke standalone movie as well as reprise his part in The Batman while Ben Affleck was still attached, both projects were later shelved.

Even though the Deathstroke project has been abandoned for a few years, Manganiello revealed facts about the movie just last April. The actor went on to say, “It was more of a Tom Clancy ripped from the headlines sort of story, or even like a Bourne Identity where it was going to be really grounded, and political with military drama as far as what it would take to go from devoting his life to his country for this life he believed in to, you know, having the rug pulled out from underneath him and being stabbed in the back and not knowing who to trust.” Manganiello’s recent tweet also comes amid reports that Warner Bros.’ next picture The Flash would obliterate all of Zack Snyder’s previous DCEU films, including Man of Steel, Batman v. Superman, and Justice League. Ezra Miller, who plays Barry Allen, has subsequently debunked the reports, saying, “No power or force in any known megaverse would or could ever erase Zack Snyder’s mighty works.”