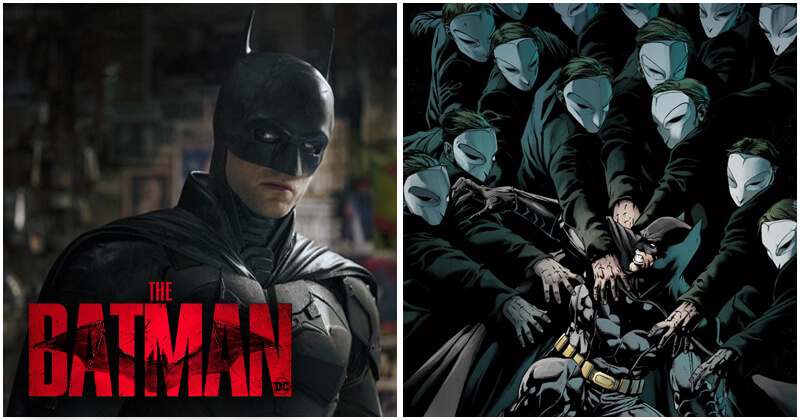 The Batman is finally in the cinema and now the whole world is busy enjoying this blockbuster, but Robert Pattinson has already turned his thoughts to the future. For the actor, in fact, one of the eligible antagonists for the sequel to the film could be the Court of Owls.

The actor launched this possibility during an interview by Vanity Fair with the rest of the cast while discussing some theories regarding The Batman. By then, Pattinson might have overlooked something regarding the plans of Warner Bros. and Matt Reeves.

“I was definitely thinking Court of Owls is probably gonna be in the sequel,” he said. “It definitely seems like… I mean, I am literally just guessing, I just keep saying it.” The Batman protagonist has remained somewhat vague, so it may actually be a simple guess on his part. In any case, it is really too early to expect news about it, given that the film has just come out and, of course, it will be talked about for quite a while.

The Court of Owls was introduced in the DC Comics by Scott Snyder and Greg Capullo in 2011. Through a retcon process, the clandestine organization has been inserted into Batman’s lore as the true center of power behind Gotham City.

In the comics, this Court is made up of the richest and most powerful figures and families in the city. These characters have built a secret underworld in the foundations of Gotham since the earliest days of the city’s founding. Over time, the Court of Owls maintained both secrecy and power by creating and training the Talons, its undead assassins. Subsequent stories then expanded the group’s history, making it part of the larger Parliament of Owls. Additionally, the Court of Owls will be the main enemy in Gotham Knights – the upcoming action role-playing video game developed by WB Games Montréal and published by Warner Bros.

Matt Reeves’ The Batman focuses heavily on Gotham City’s past, so it’s not impossible that the sequel will feature the group’s cinematic debut. All that remains, therefore, is to wait for the first news and rumors about the continuation of the film in the coming months.

The Batman is now in theaters.