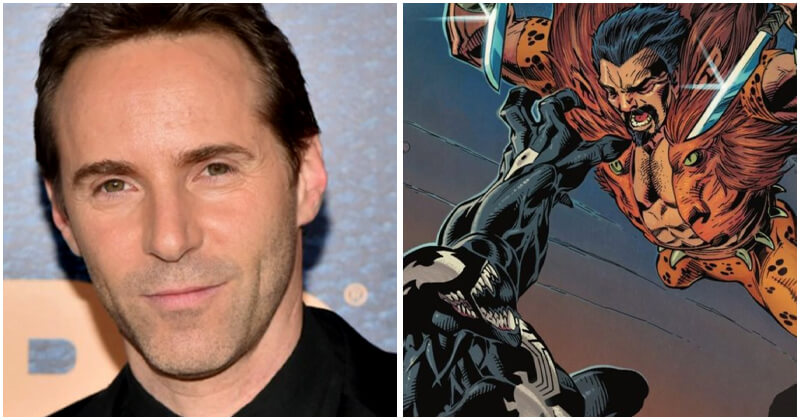 A new name has joined the cast of Kraven The Hunter – the upcoming Sony movie that centers on this famous Marvel character.

As reported by Deadline, Alessandro Nivola has officially joined the film crew. While no further details about his involvement have been released and Sony hasn’t released any official commentary on it yet, it is certain that his character will be the villain of Kraven The Hunter. J.C. Chandor, director of Triple Frontier, has been chosen to direct Kraven The Hunter, while the screenplay will be curated by Art Marcum and Matt Holloway. The executive producers of the movie will include Richard Wenk, Avi Arad and Matt Tolmach, who according to some rumors would aim to propose a mature atmosphere in the feature film along the lines of movies like Logan and Man on Fire.

In the cast, we will see Aaron Taylor-Johnson in the role of the protagonist. Ariana DeBose will be his love interest Calypso, while Fred Hechinger will be Dmitri Smerdyakov, half-brother of Kraven, who is better known as Chameleon.

It was also confirmed that Russell Crowe will present in a role not yet announced. According to the latest rumors, he might play Nikolai Kravinoff, the father of the protagonist.

The new project dedicated to the character of Kraven the Hunter is just the latest project that will join the ranks of the Sony Pictures Universe of Marvel Characters. It will hit theaters on January 13, 2023. As one of Marvel’s most iconic anti-heroes and one of Spider-Man’s most fearsome enemies, Kraven, aka Sergei Kravinoff, is a formidable hunter who is obsessed with capturing increasingly elusive prey. Over the course of his career, he has clashed with Venom, Black Panther and many others.

The character was first introduced in 1964 in The Amazing Spider-Man. He was officially born as an antagonist in the Spider-Man comics, but at the moment, the possibility of seeing him engaging in his hunt for Peter Parker is quite unlikely.

14 Stars You Probably Didn’t Realize Were In These Movies